By Rory Brigstock-barron For Mailonline

The 23-year-old has been replaced by Paris Saint Germain’s Lucas Moura in Dunga’s squad.

Rafinha only returned to the Barcelona line-up in April after missing most of the season due to a horrific knee injury suffered against Roma in September. 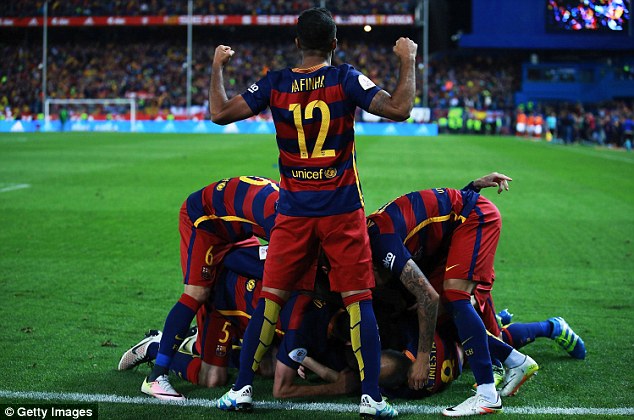 The 23-year-old missed most of the season due to a knee injury, only returning for Barcelona in April

The midfielder came on as a substitute in the Copa del Rey final against Sevilla but will now have to wait until next season for playing time.

Brazilian confirmed that Moura has been drafted into the squad.

Goalkeeper Marcelo Grohe of Gremio was also called up to replace Benfica’s Ederson who is injured.

Brazil open their Copa campaign against Ecuador on Saturday night in the Rose Bowl and will also face Peru and Haiti in their group.

The Copa America is being held in the United States for the first time to celebrate the 100th anniversary of the world’s oldest international tournament.

Sixteen teams, 10 from South America and six from elsewhere in the region, will take part.