The World Health Organization [WHO] said that coronavirus infections in Brazil no longer appear to be increasing rapidly, just one day after the South American nation surpassed the two million mark in confirmed cases.

However, the international public health agency cautioned that Brazil is ‘still in the middle of this fight’ as new cases and deaths grow by thousands every day.

In total, 2,012,151 cases and 76,688 deaths have been reported amid growing anger over President Jair Bolsonaro’s handling of the outbreak.

Family members stand by the coffin of their loved, who they say died of COVID-19, during his burial Friday at a cemetery in Brasilia, the capital of Brazil. The South American nation surpassed 2million confirmed coronavirus cases on Thursday. The World Health Organization said Friday that infections in Brazil no longer appear to be increasing rapidly 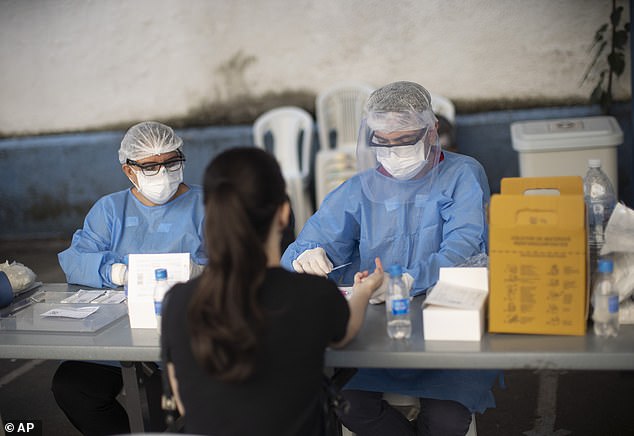 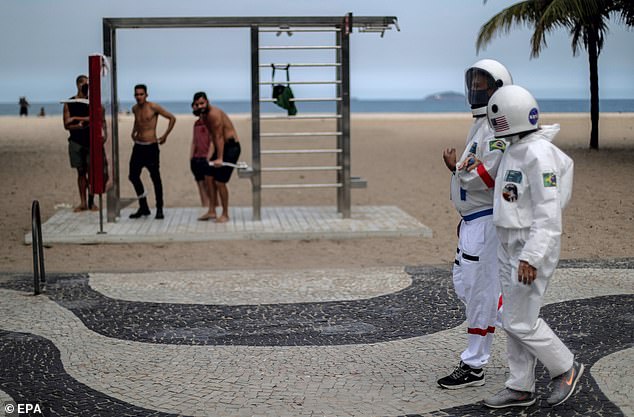 Only the United States has more infections [3,606,927] and deaths [138,784] worldwide. By comparison, 43 days passed between 1 million and 2 million confirmed cases in the United States, where the spread of COVID-19 eased briefly in May before accelerating again in June, according to a Reuters tally.

Mike Ryan, WHO’s top emergency expert, said that the number of new cases in Brazil had stabilized at 40,000-45,000 per day, with daily deaths hovering at around 1,300.

‘What’s not happening yet is that the disease has not turned, and is not heading down the mountain,’ Ryan said in a news conference. ‘From that perspective, the numbers have stabilized but what they haven’t done is started to fall in a systematic day-by-day way. So Brazil is still very much in the middle of this fight.’

The reproduction or ‘R’ – the number of people each infected person goes on to infect – now appeared to be between 0.5 and 1.5 across states in Brazil, Ryan said, down from more than 2 just weeks ago. 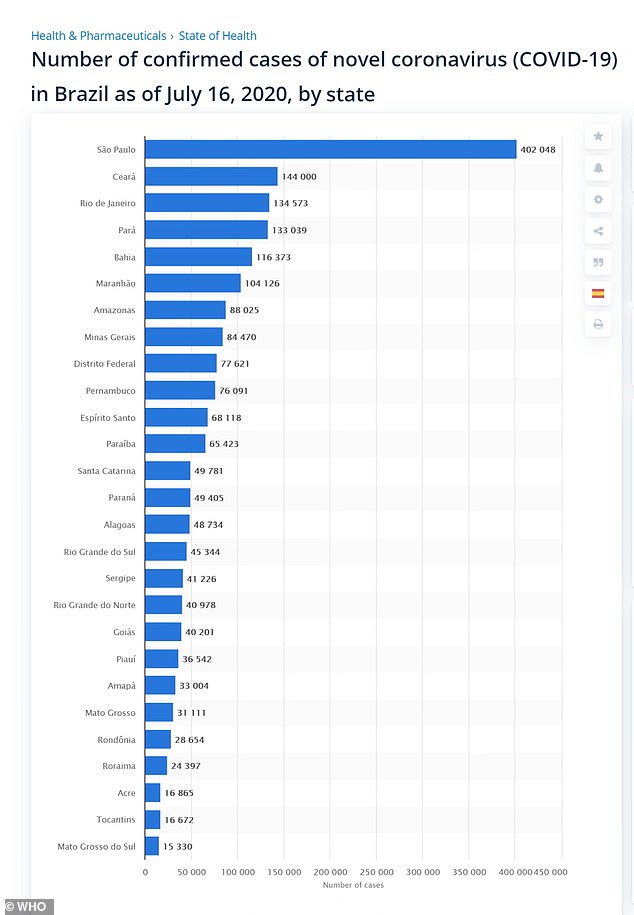 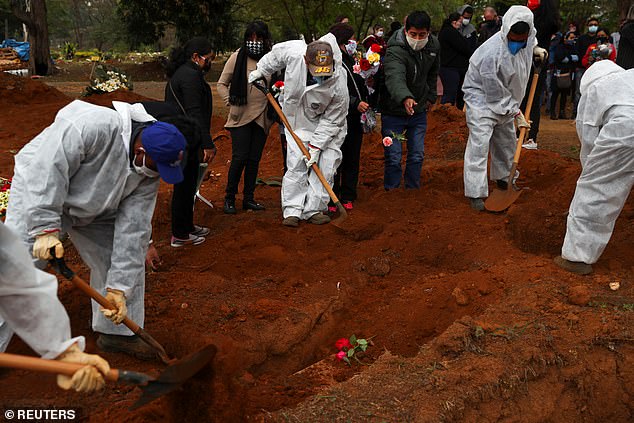 ‘There is an opportunity once those numbers have stabilized to drive transmission downwards. I think that opportunity exists now for Brazil to do that,’ he said. ‘But it is going to take a very sustained, concerted action in order for that to occur.’

Some 11 percent of all infections in Brazil are among health workers, he said.

Bolsonaro, a far-right former army captain who on Wednesday said he tested positive for the coronavirus for the second time in a week, has pressured local governments to lift lockdown restrictions despite the rapid spread of the virus.

The 65-year-old president, who once compared the virus to a ‘little flu,’ has played down its health risks and fought against social distancing orders, calling their economic effects worse than the disease itself.

Out of Brazil’s 26 states and its federal district, Brasilia, the southeastern state of São Paulo has been the hardest-hit by the coronavirus pandemic with 402,048 confirmed cases and 19,038 deaths. To the northeast, Ceará has reported 144,000 infections and 7,127 deaths.

The state of Rio de Janeiro, which lies east of São Paulo off the Atlantic Ocean, is third with 134,573 confirmed cases. But its 11,849 deaths related to the ravaging coronavirus ranks it second ahead of Ceará. 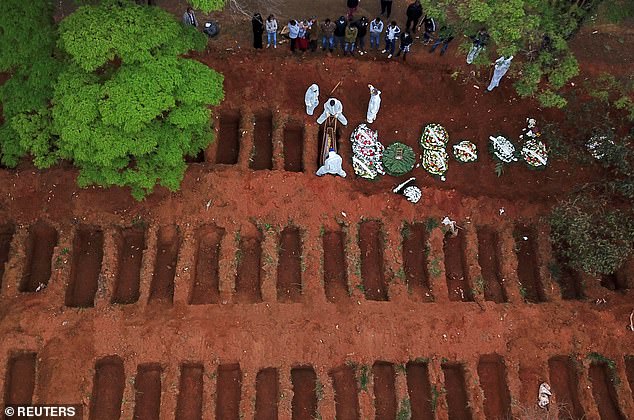 Gravediggers wearing protective suits bury a coffin with the remains of a person who died of the coronavirus in the southeastern Brazilian state of São Paulo, which has been the hardest-hit in the country with 402,048 confirmed cases and 19,038 deaths 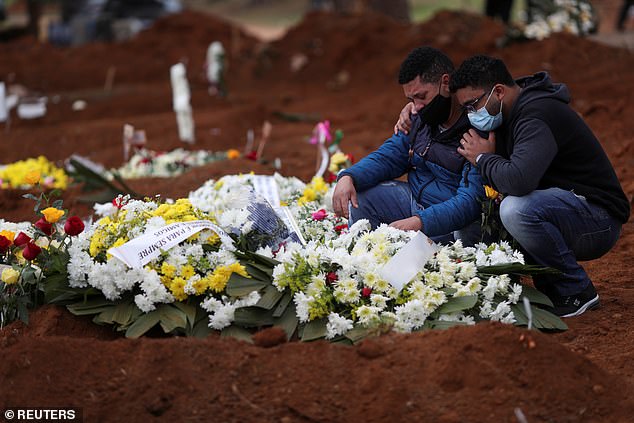 Relatives react near the grave of a family member, who died of the coronavirus, during a ceremony Wednesday in São Paulo

Mato Grosso do Sul, which is shares a border with São Paulo to the west, had been the least impacted state in Brazil in confirmed cases, 15,330, and deaths, 191.

Public health experts have raised alarms about the worsening outlook in southern Brazil, which has the coldest weather during the southern hemisphere winter, now underway, and a population that skews older than the rest of the country.

COVID-19, the disease caused by the new coronavirus, is known to be significantly deadlier for the older population.

While other coronaviruses have spread more rapidly during winter months, the impact of the colder weather on the novel virus has not been scientifically proven.

‘What worries me in the south is the spread to the interior, with an older population,’ said Wanderson Oliveira, a former secretary in the health ministry. ‘Given the cold and the humidity, it has all the conditions to explode.’