A newly-elected Brazilian state representative who stirred controversy by wearing a revealing red jumpsuit to her oath of office ceremony has hit back at her critics.

Ana Paula da Silva, 43, struck a nerves when she was sworn-in on February 1 in an outfit that accentuated her breasts, causing furor in Brazil.

The controversy started when the lawmaker from the southern state of Santa Catarina wore a tight, red jumpsuit that showed deep cleavage.

This picture of da Silva has drawn over 13,700 likes on Instagram and a little more than 3,000 comments, some which were so vulgar that her staff spent time working to delete them 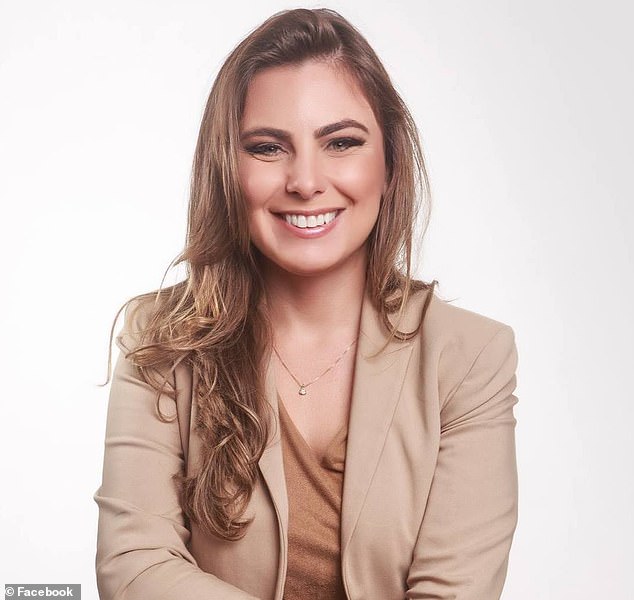 Da Silva had a simple message for those upset with how she dressed to her oath of office February 1, ‘the way I dress is my problem’

She fired back at her detractors in an interview with Brazilian network NSC TV.

‘I thought people were going to talk about [the] red [outfit], but they just focused on cleavage. Women have breasts and I have big breasts,’ da Silva said.

‘I’ve always been like that. It’s not now that I have become [a representative] that I will become another woman. I’m not there to be evaluated for that. The way I dress is my problem.’

Latin America’s largest nation has long struggled with gender-based violence, and men continue to dominate much of the public sphere, including politics.

‘Women are in politics and society has to get used to them as they are,’ da Silva added in response to whether her choice of clothing was a form of protest.

‘There are much more important issues for the Legislative Assembly to discuss. ‘ 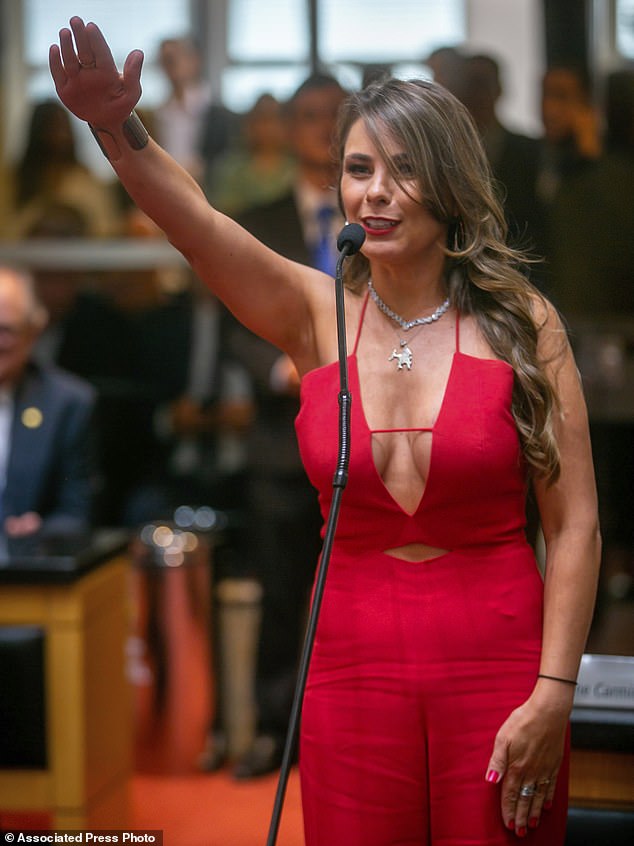 Santa Catarina Legislative Assembly State Rep. Ana Paula da Silva was criticized after she wore a red jumpsuit to take her oath of office in the Chamber of Deputies in Santa Catarina, Brazil. Her outfit choice was criticized by thousands of men and women to take to Twitter, Instagram and other social media.

In this translated text originally written in Portuguese, Facebook user Caritas Cristiana took da Silva to task and writes that ‘dressing with dignity is a sign of virtue’ 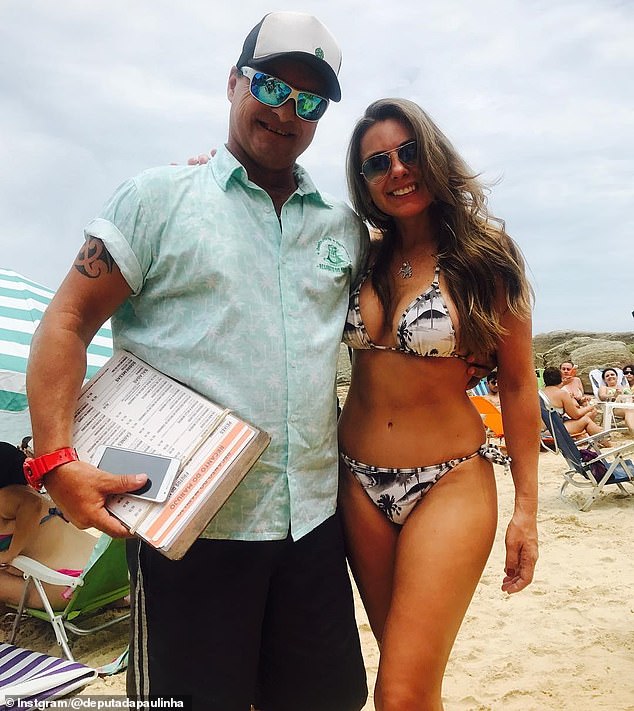 Da Silva, a mother-of-two, previously served two terms as mayor of the coastal city of Bombinhas

The Santa Catarina State Representative’s Facebook and Instagram accounts were bombarded with messages taking her to task for her choice of clothing in a deeply conservative country also known for skimpy swim suits and round-the-clock partying during Carnival.

A ceremony photo was shared on her Instagram account, deputadapaulinha, and it has drawn over 13,700 likes and more than 3,000 comments, some which were too vulgar.

The lawmaker’s opponents, including many women, said that her choice of clothing was ‘inappropriate,’ ”shocking’ and ‘vulgar.’

Her staff worked quickly to delete some outrageous messages that called for da Silva to be raped.

‘A little modesty … does not leave anyone sick and does not hurt anyone,’ a Facebook user under the name of Caritas Cristiana wrote. ‘Dressing with dignity is a sign of virtue. You’re a public woman.’ 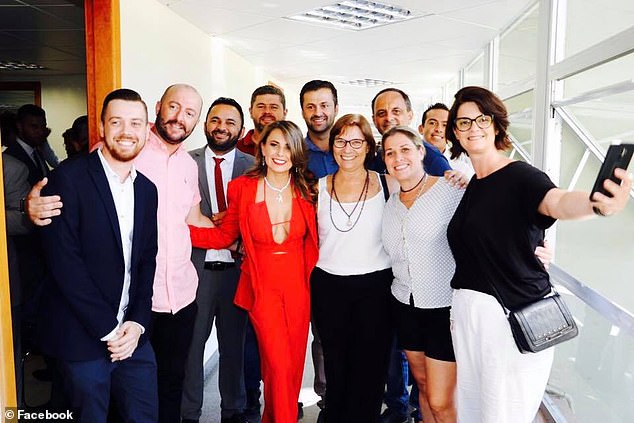 ‘This macho and prejudiced world you live in is not mine,’ she wrote in response to a man who asked how her cleavage contributed to democracy.

‘I’ve seen a lot of men in suits and ties taking money out of the health sector, school meals. That’s unacceptable.’

‘Loved your outfit. Beautiful and stylish,’ Tania Maria chimed in. ‘You are a wonderful, intelligent woman.’

While some wondered whether the state representative known as Paulinha had crossed a line, her backers tried to refocus the debate around her strong electoral results and political action.

Da Silva received the fifth largest number of votes in last year’s state assembly election, and she previously served two terms as local mayor in the city of Bombinhas.