Brazil must be ready to face more problems at the Copa America 2016, admits Dunga

Dunga says Brazil must be ready to face any problems that come their way, after a trouble-hit start to the Copa America Centenario.

As well as star player Neymar being unavailable and six players pulling out of the squad through injury or personal reasons, Brazil also had to change their training facilities in Los Angeles after a murder-suicide on UCLA’s campus.

They were meant to train at the University of California, but instead were forced to use the StubHub Centre after the incident. 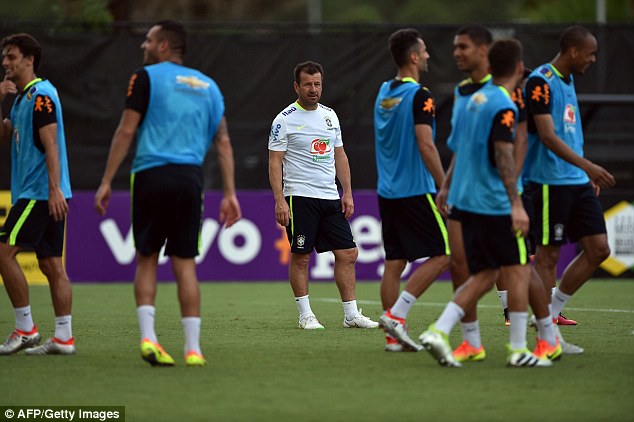 Manager Dunga, pictured watching his players during training, says his side must be ready for anything 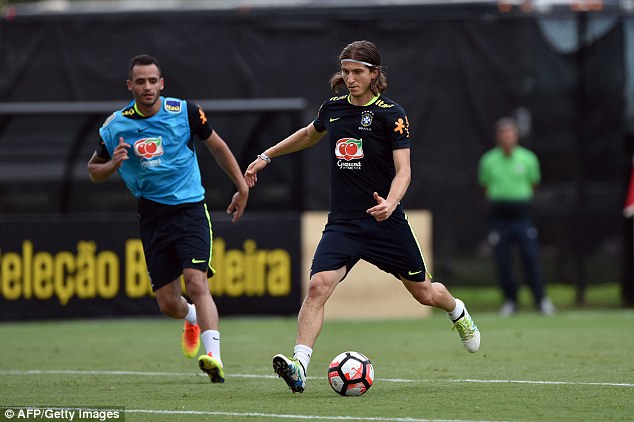 Brazil then had to change another training session venue in Orlando, after heavy rain meant they were moved from the Citrus Bowl stadium to a college facility nearby, ‘to preserve the integrity of the field’, according to tournament organisers.

‘Things have happened perhaps that are not normal, but we have to overcome the obstacles, regardless of the difficulties,’ explained Dunga.

‘There were changes, six players cut off, and there was rain. What haven’t we had here in the United States? We have to find a solution. When problems happen you have to be ready. We hope not to have more surprises.’ 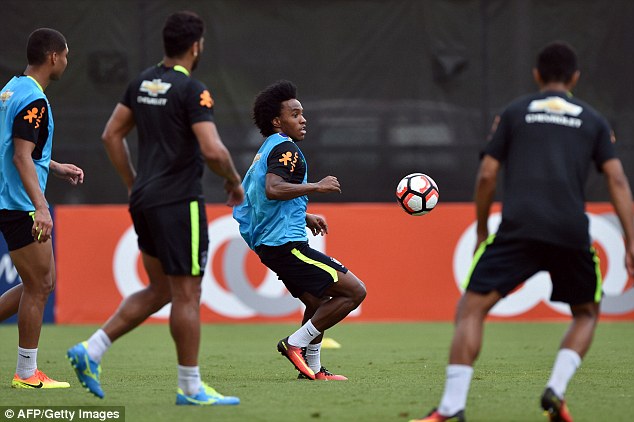 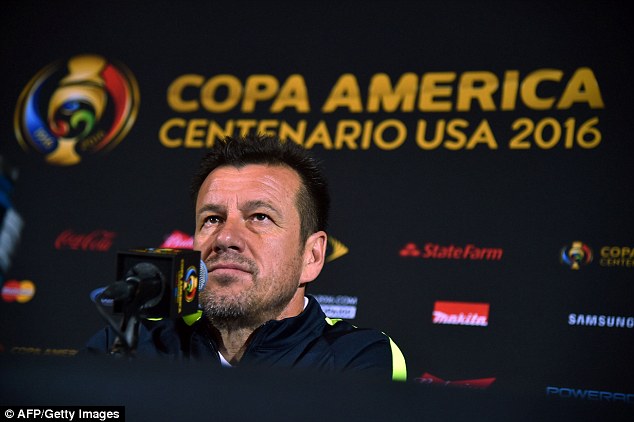 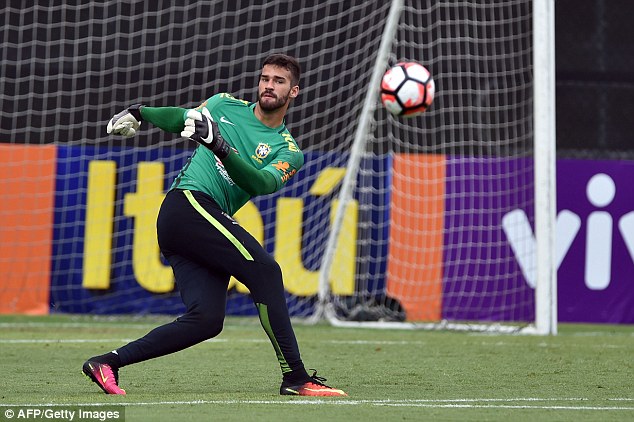 The only thing that has gone in their favour was a bad refereeing call, ruling out Ecuador forward Miler Bolanos’s strike which goalkeeper Alisson fumbled in, wrongly thinking the whole ball had crossed the byline before the Ecuadorian hit it.

Brazil’s first game finished 0-0 in Pasadena and now they face Haiti on Wednesday night, in Orlando.

Dunga says he will keep faith in Alisson, despite a mistake which should have cost Brazil the game.

‘As a coach, as leader, I have to trust my player,’ Dunga insisted. ‘Errors are part of the game, if no one made errors, no one would win the game.’

While Brazil drew, Haiti come into the Group B clash having been beaten 1-0 by Peru, so avoiding defeat is imperative for Les Grenadiers here, if they are to avoid elimination. 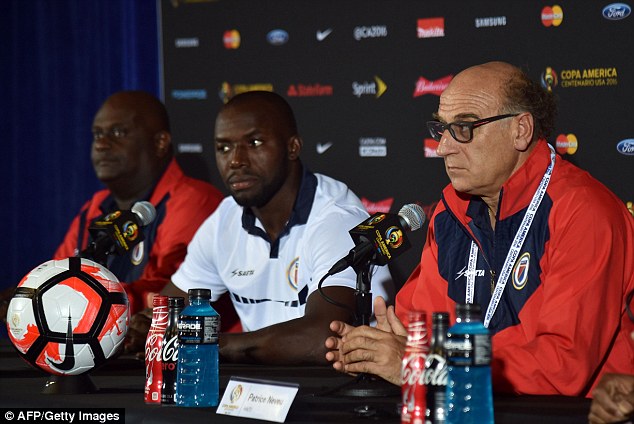 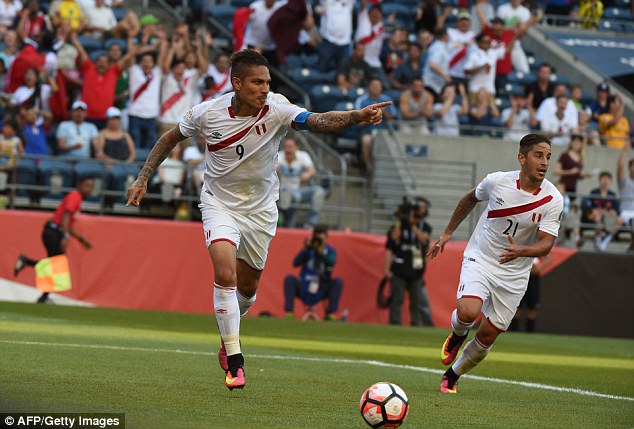 French coach Patrice Neveu believes his team’s opponents will come into the game with something to prove after their disappointing opening draw.

‘This Brazil squad is still a team made up of winners, whether they are full strength or not is their problem,’ he pointed out. ‘They drew 0-0 in their first game so we expect a very motivated Brazil.’

Peru, meanwhile, are looking to seal their progression to the next round by beating Ecuador.

Although many predicted this would be a tough tournament for them, given their much-changed squad, they could earn themselves a quarter-final spot before their third game.