Richarlison and David Neres may be pals and Brazil team-mates, but that doesn’t stop a bit of friendly rivalry on the training ground.

As Brazil prepare for their Copa America match against Venezuela as they look to continue their good start to the tournament, the pair were having some fun on the sidelines.

Richarlison showed off his silky skills, managing to nutmeg David Neres, who collapsed to the floor in embarrassment as the rest of his team-mates roared with laughter. 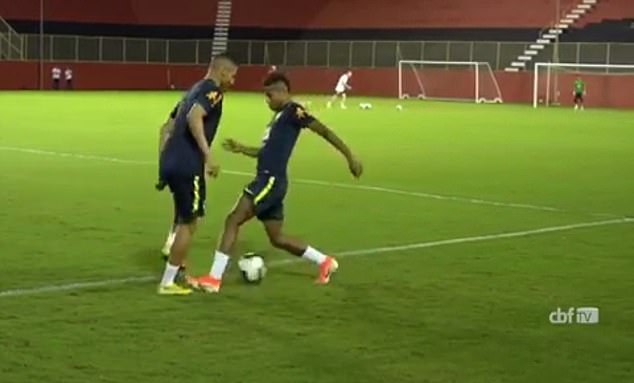 Richarlison pumped his fist in celebration and then jumped in the air with Dani Alves as they mocked Neres.

Even Neymar, who is currently out of action with an injury, got in on the action, commenting with laughing emojis on the Instagram video.

Richarlison has apparently discussed a move to Everton with his Brazil team-mate Neres.

‘I’ve spoken to him about it already. I told him the doors are open for him there, and that he could help us a lot,’ he said. 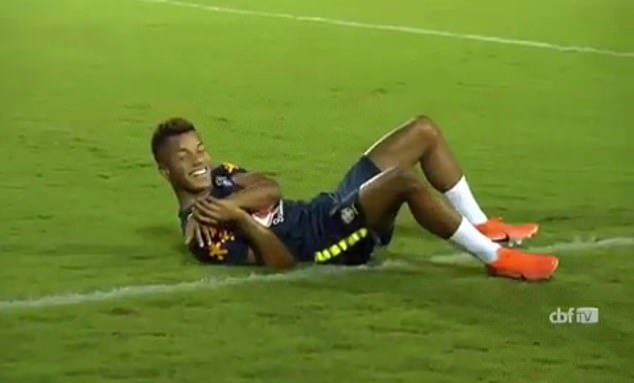 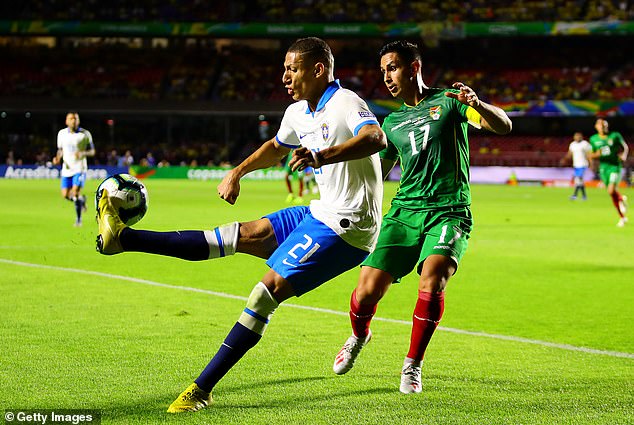 Richarlison is accustomed to showing off his skills, as shown here against Bolivia last week

‘I hope he comes. He’d be very welcome there. I’ve known him since we played together for Brazil’s U20 side, and he’s a guy I get along with really well. Hopefully I’ll see him there.’

A rising star at an impressive Ajax team this season, Neres has made a name for himself, and Richarlison believes he can flourish in the Premier League.

‘He’s a player who really attacks defenders and runs at his marker, so he’s got the right profile. With me and Bernard there, it would work really well.’

However, David Neres has remained tight-lipped amid the transfer speculation.