Brazilian butt lifts surge by 20% amid panic over ‘Snapchat dysmorphia’

We are in the age of Snapchat and Instagram, the filtered selfie – and the Brazilian butt lift.

The unbelievable booties of celebrities like Jennifer Lopez, Kim Kardashian West and Nicki Minaj have helped to inspire and drive a 19 percent increase in the dangerous Brazilian butt lift in just the last year.

And cosmetic procedures as a whole are up by 163 percent since 2000, according to new data from the American Society of Plastic Surgeons (ASPS).

Some experts suggest that the hyper-flattering filters social media platforms like Instagram and Snapchat offer are actually creating their own dysmorphia among millennials who ask plastic surgeons to retouch them in real life.

Others say that notion is little more than a marketing seed planted by surgeons looking to drum up their own businesses and social media cache.

Regardless, more and more women are going under the knife to get a over-sized butt – and it has the ASPS worried as the number of fatalities from the operation creeps up, too. 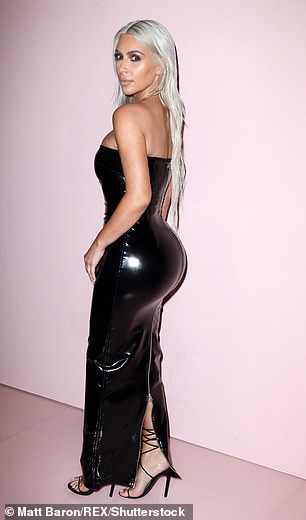 The progressive 1920s ushered in the short skirt. The grim Great Depression brought back long looks for the 1930s.

And now that bodies are nearly as modifiable as the clothes we wear, trends come and go in the cosmetic surgery world too – and savvy surgeons keep a close eye on the changes.

The American Society of Plastic Surgeons (ASPS) released its latest data on procedures earlier this month.

Boob jobs and liposuction still lead the way – with 313,735 and 258,558 procedures performed last year, respectively – but some surgeries have surged and even appeared in recent years.

According to the new statistics, there were eight procedures that were done so seldom in 2000, there aren’t even enough data to estimate how much the operations have increased since.

Two of those procedures involve the butt. 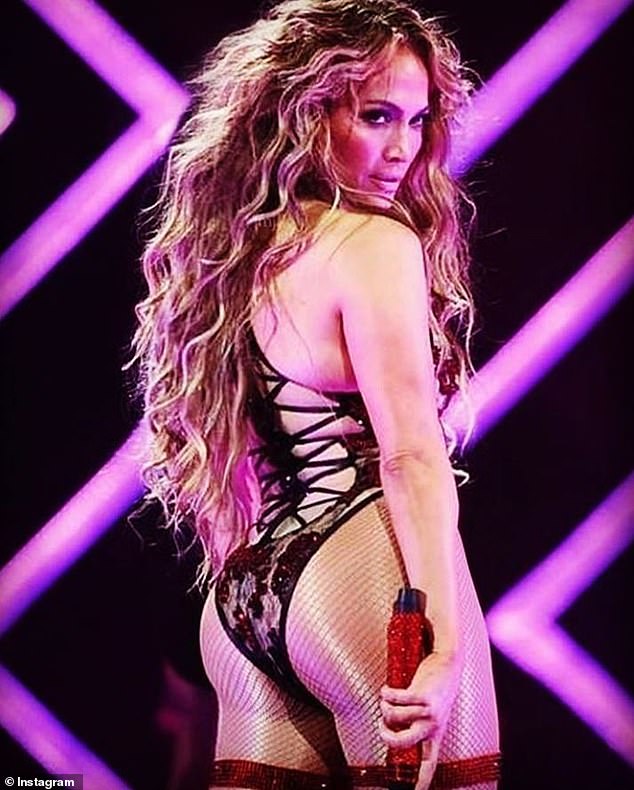 Jennifer Lopez was one of the earliest celebrities known for her butt, and her figure may have helped to start a trend that is now influencing plastic surgery 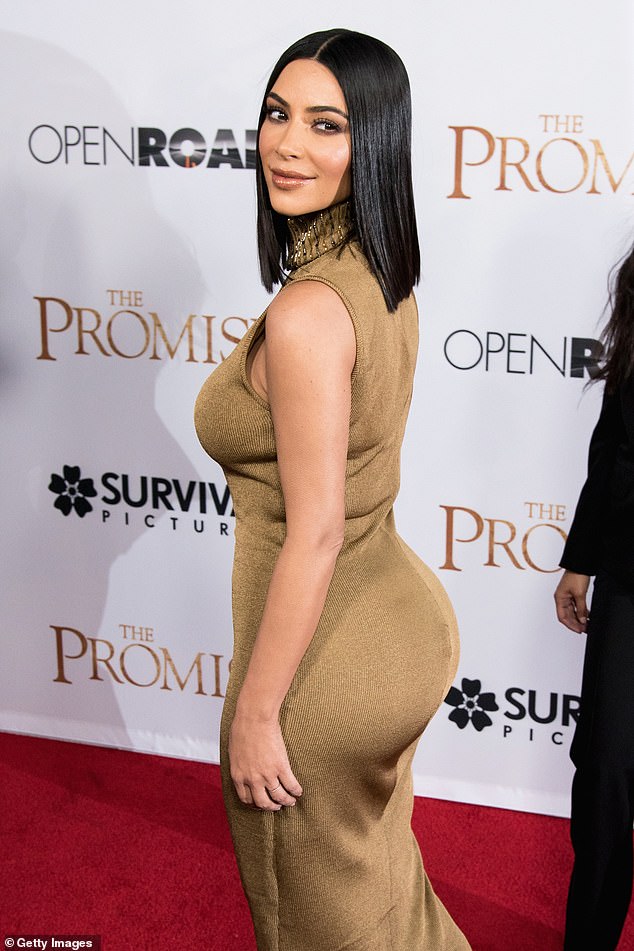 Kim Kardashian West insists her ever-growing backside is real, but surgeons can recreate the look, and did, an estimated 24,000 times last year

But while butt implants fell out of fashion between 2017 and 2018, Brazilian butt lifts, actually called buttock augmentations with fat grafting, have just grown more popular – probably.

‘Twenty years ago, all I was doing was taking fat out of buttocks,’ says Dr Alan Perry.

‘Then we had the Kardashian year and [people] decided enormous buttocks were a good idea,’ says the New York- and New Jersey-based plastic surgeon.

Dr Perry refuses to perform the procedure, as he says most plastic surgeons do.

In fact, the ASPS issued an ‘urgent warning’ against the procedure last year.

The association estimated that the death rate for Brazilian butt lifts (BBLs) may be as high as one in every 3,000 – higher than any other aesthetic procedure.

‘Because the size of the leg muscles that travel up to the buttock are is enormous, so it’s very easy to inject fat’ – liposuctioned from another part of the body and injected back into the patient’s butt – ‘into the vein,’ explains Dr Perry.

From a vein, the fat can travel to the lungs or brain and cause obstructions, cutting off oxygen or triggering a stroke.

‘The ASPS has acknowledged that there is no way to do the procedure safely,’ Dr Perry adds. 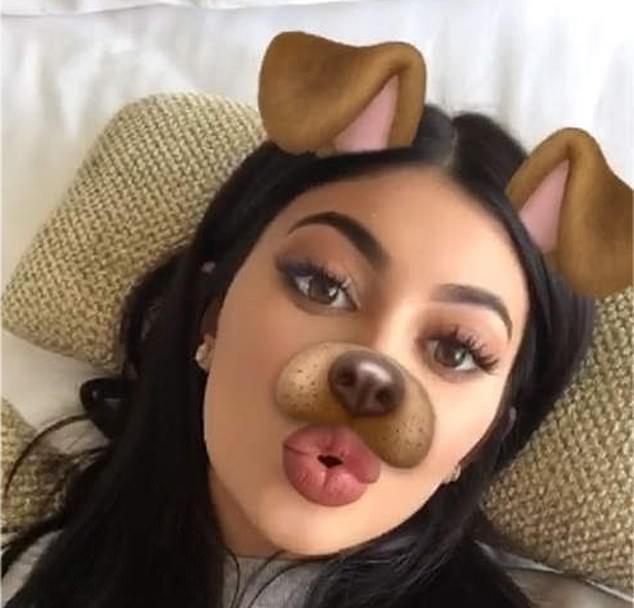 Kylie Jenner swears her full lips and face structure are just the product of good makeup and, in this case, a Snapchat filter

That didn’t stop 24,099 people from getting the dangerous procedure last year, according to the new ASPS estimates.

Overall, cosmetic surgeries saw a modest one percent increase between 2017 and 2018.

Minimally invasive procedures – like Botox, chemical peels and collagen fillers – increased slight more in the last year, at two percent, though since 2000 the rate of these procedures more than tripled (a 228 percent increase).

And cosmetic procedures on the whole increased by 163 percent.

Dr Matthew Schulman told the New York Post that the sharp increases are driven by ‘Snapchat dysmorphia,’ a term he came up with to describe patients, typically young women, who come into his office with a filtered picture of themselves, asking to be made to look that way permanently.

For his part, Dr Perry calls bull on Snapchat dysmorphia.

‘I think that’s a plastic surgeon-created phenomenon,’ he says.

‘That doesn’t happen in the real world.’

The truth may be somewhere in the middle. There have been a few reports of the ‘phenomenon’ in the media, including from Dr Schulman, Dr Michelle Yagoda and one from British plastic surgeon Dr Tijion Esho, who told The Independent that a patient asked him to make her identical to her filtered selfie, a request he ‘politely declined,’ according to an article in the journal Cureus. 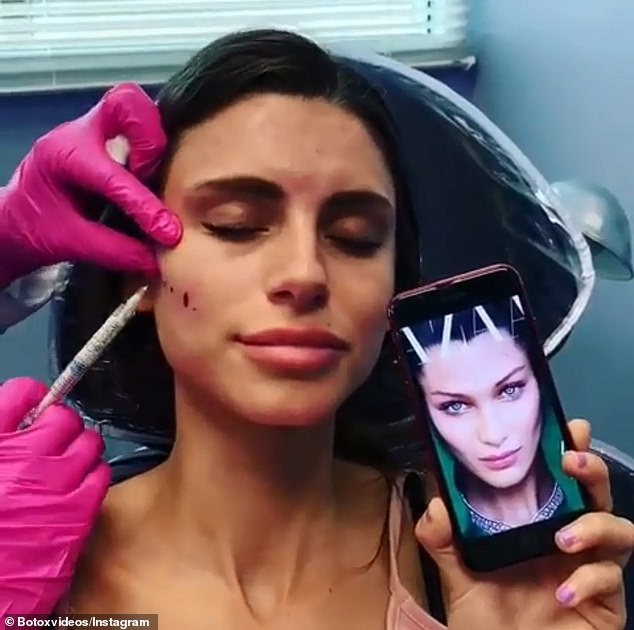 And then there is the Instagram account @Botoxvideos, which includes side-by-side images of Kylie Jenner, asking commenters what they think she’s had done (Jenner insists the answer is ‘nothing’).

The account also has rather eerie videos of women holding up their smartphones displaying pictures of the bone structure they want as a doctor’s hand appears, injecting fillers until their faces have changed accordingly.

Certainly, psychologists have suggested that social media and filters stoke insecurities because they portray life through filters and curated snapshots in such a way that blurs the lines between reality and fantasy.

Dr Perry says that a psychologist’s assistance is what patients that walk in asking to be made into the image of a celebrity – or even their filtered selves – needs.

‘It’s a big red flag when someone says I want to look like Bieber or Marilyn Monroe,’ he says.

‘That’s not what we should be doing as plastic surgeons. Those people will never be made happy and it’s not a normal thing to really want to look exactly like a celebrity.’