Inmates of a heavily overcrowded prison in metropolitan Rio de Janeiro took guards hostage during a riot that had not been controlled by Sunday night, authorities said.

Members of an elite SWAT unit along with police formed a perimeter around the Milton Dias Moreira prison, where inmates began the riot on Sunday afternoon, according to an emailed statement from the Rio state penitentiary administration.

The email did not say how many people were taken hostage however a number of other news sources say three guards were were being held. 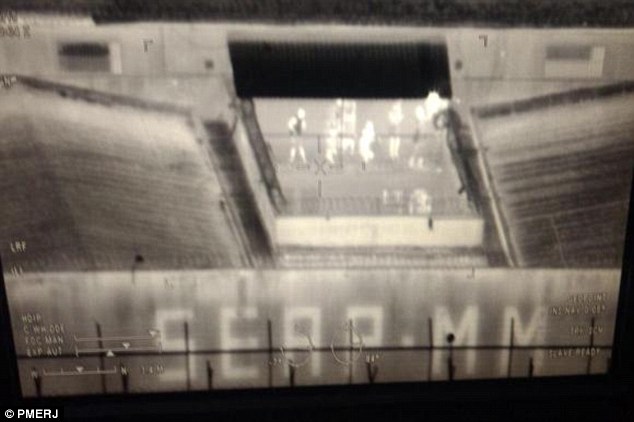 The prison is known to be heavily overcrowded with 2,027 stationed there – well above its capacity of  884. This image was captured from a police helicopter overhead 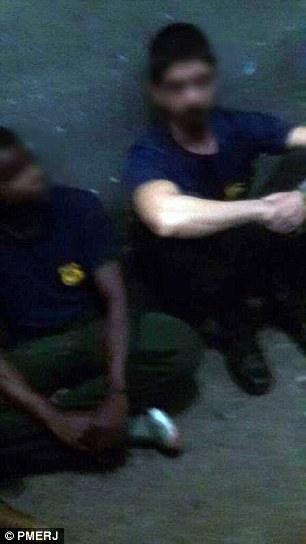 The agents that were taken hostage were photographed by prisoners

It provided no information on any deaths or injuries at the prison, where over 2,000 inmates are crowded into a facility built for less than 900.

The incident was the latest in a string of deadly uprisings in Brazil’s prisons, which experience endemic violence and are under the de facto control of powerful drug gangs.

Rights groups call prison conditions medieval, with food scarce and cells often so packed that inmates have no space to lie down.

Earlier on Sunday, Rio state authorities said they would make changes to increase prison security, although details were not disclosed.

The changes are part of the federal government’s intervention in Rio state’s security system.

On Friday, President Michel Temer ordered the military to take control of Rio state’s police force and its prisons, a decree that Congress must approve, which it is expected to do this week. 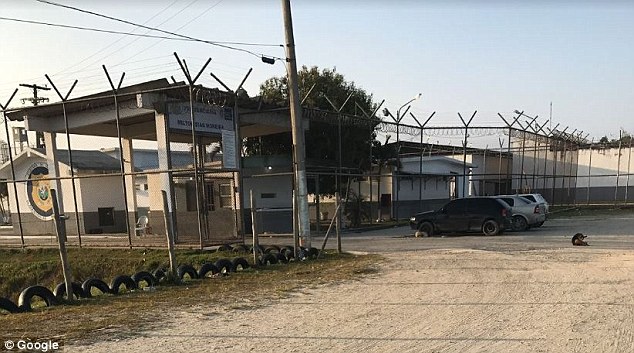 Members of an elite SWAT unit along with police formed a perimeter around the Milton Dias Moreira prison, where inmates began the riot on Sunday afternoon (file photo)