A Brazilian minister has been mocked for claiming the Disney character Elsa is turning children into lesbians.

Footage of Brazil’s Human Rights Minister Damares Alves speaking at an event in Divinópolis called the Defense of the Family Lecture has been widely shared online.

Speaking in front of missionaries and pastors, Alves claimed the ‘Frozen’ character was teaching young girls to grow up dreaming of marrying women rather than their ‘Prince Charming’.

‘You know why she only ends up alone in an ice castle, because she is a lesbian!’ Alves explained at the lecture last year.

The minister also warned that the kiss that the blonde heroine gave Sleeping Beauty to wake her up is proof of her homosexuality.

She expressed surprise that her comments had drawn such vitriol and said her aim was to protect children from over-sexualized cartoons.

‘My criticism is known to all, I am criticizing the attempted interference of gender ideologists in our children’s identities,’ adding that children need play with toys and study rather than thinking about gender and sexuality.

There have been rumours and discussion among the film’s production team about Queen Elsa coming out in the yet-unreleased 2019 sequel. 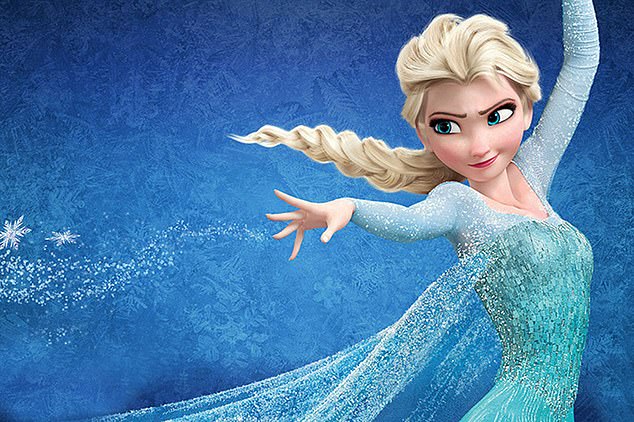 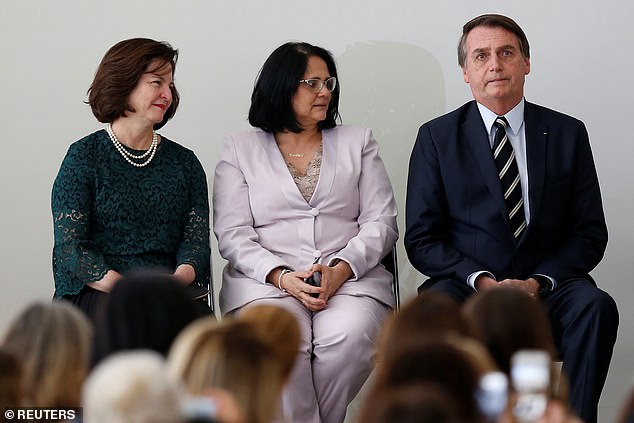 Brazil’s President Jair Bolsonaro (right) sitting next to Damares Alves (centre). Both have been criticized in the past for allegedly peddling anti-gay views