A Brazilian male model has been arrested for running over and killing a 16-year-old boy.

Bruno Krupp, 25, was riding his motorcycle at an excessive speed and without a license when he struck João Cardim in Rio de Janeiro on Saturday night, according to police.

Cardim was conscious and rushed to Lourenco Jorge Municipal Hospital where he died shortly thereafter.

Krupp was taken to the same medical facility for treatment for abrasions and was discharged Sunday. The social media influencer attended another hospital for follow-up care and was taken into custody Wednesday after a judge issued an arrest warrant on a homicide charge.

Judge Maria Isabel Pena Pierant indicated that failing to apprehend Krupp ‘would compromise public order, being the its essential constriction to avoid the commission of crimes of the same nature, and it can be said that the measure also aims to protect society from conduct that he may practice.’

Brazilian model Bruno Krupp is facing a homicide charge after he ran over and killed 16-year-old João Cardim in Rio de Janeiro on Saturday night. The 25-year-old social media influencer was seen speeding on his motorcycle – which he was riding without a license – before he struck Cardim. The teen was taken to a local hospital where he died. Krupp was treated for injuries and released Sunday. But he visited a hospital Wednesday where cops took him into custody after a judge issued an arrest warrant 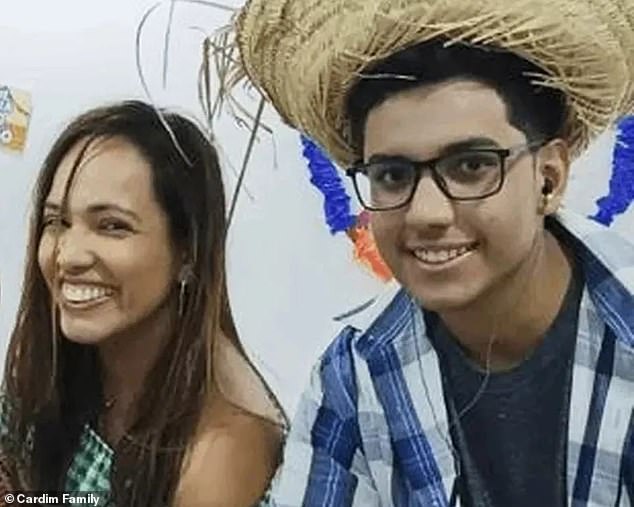 Brazilian 16-year-old João Cardim (right) was walking with his mother, Mariana Cardim (left), to a beach in the Rio de Janeiro neighborhood of Barra de Tijuca on Saturday night when he was run over by Bruno Krupp, a Brazilian model who was riding a motorcycle without a license. The teenager lost a part of his leg leg in the accident and was rushed to a local hospital where he died 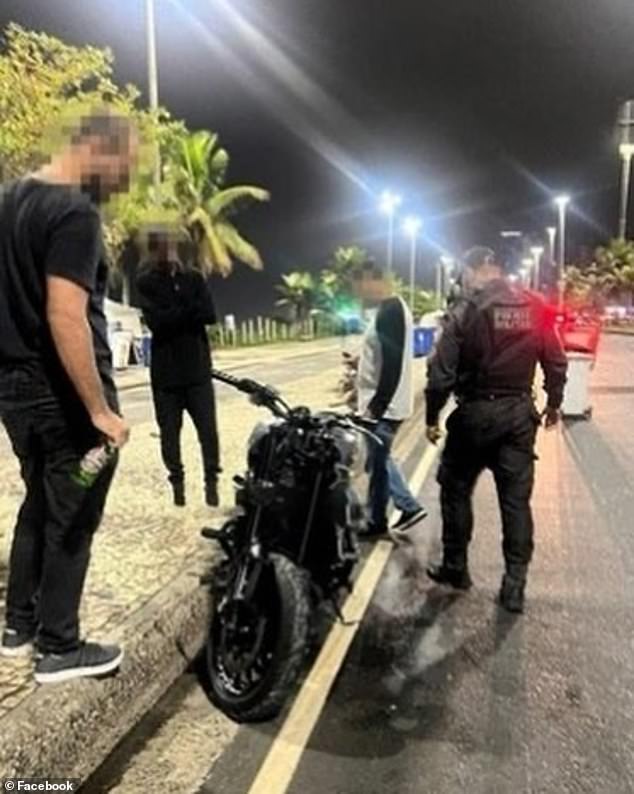 Krupp was allegedly traveling at over 90 miles per hour when he struck Cardim, who had just left a birthday party with his mother, Mariana Cardim, and was going for a short walk on the beach before heading back to their home.

Bystanders dining on nearby sidewalk restaurant tables were shocked and rushed down the street to the site of the accident.

The crash impact amputated a part of Cardim’s left leg, which was found on a grass lawn next to the beach entrance about 165 feet away from where he was struck. 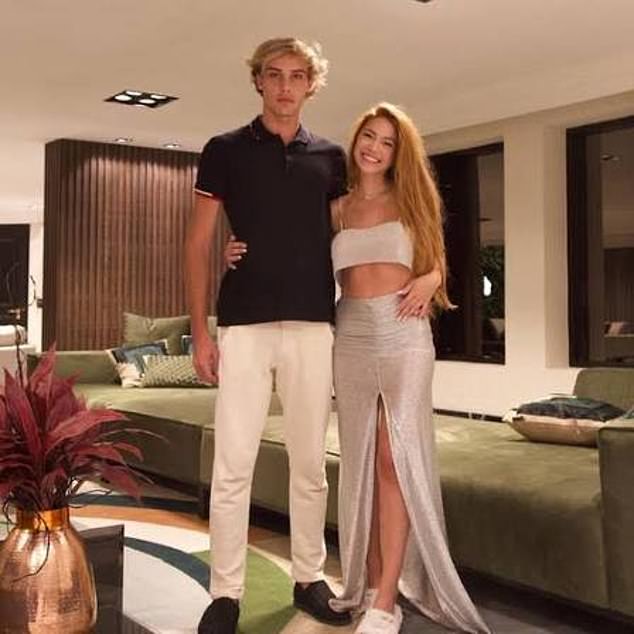 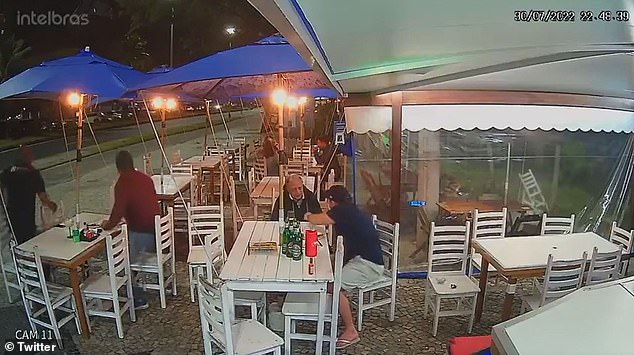 A kiosk worker told Brazilian news outlet G1 that Krupp was known for speeding on his motorcycle on weekends.

Just three days before the deadly accident, Krupp was pulled over by the police and summoned for operating the motorcycle without a license.

The bike did not have any license plates either.