A Brazilian model who wrote inspiring posts about her fight against stomach cancer on social media has died.

Popular blogger Nara Almeida had over 4.5 million followers on social media and regularly posted updates about her treatment.

The model, 24, sadly passed away in the Nove de Julho Hospital in the city of Sao Paulo, in the Brazilian state of the same name.

She was known for posting positive messages to her followers despite her fight with cancer and for showing the reality behind struggling with the illness.

Her boyfriend, Pedro Rocha, posted to social media to reveal Almeida had passed away.

Rocha wrote: ‘Unfortunately Nara passed away last night, after so much fighting I wanted to have her forever, but she deserved to rest.

Brazilian model Nara Almeida, 24, who wrote inspiring posts about her fight against stomach cancer on social media has died 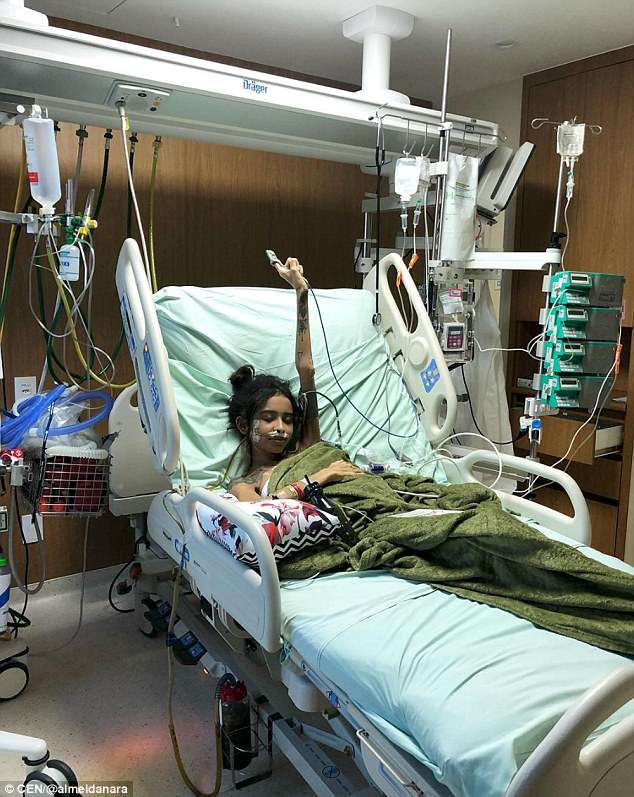 In her final social media post before her death, Nara revealed she was undergoing immunotherapy in a last bid to save her life 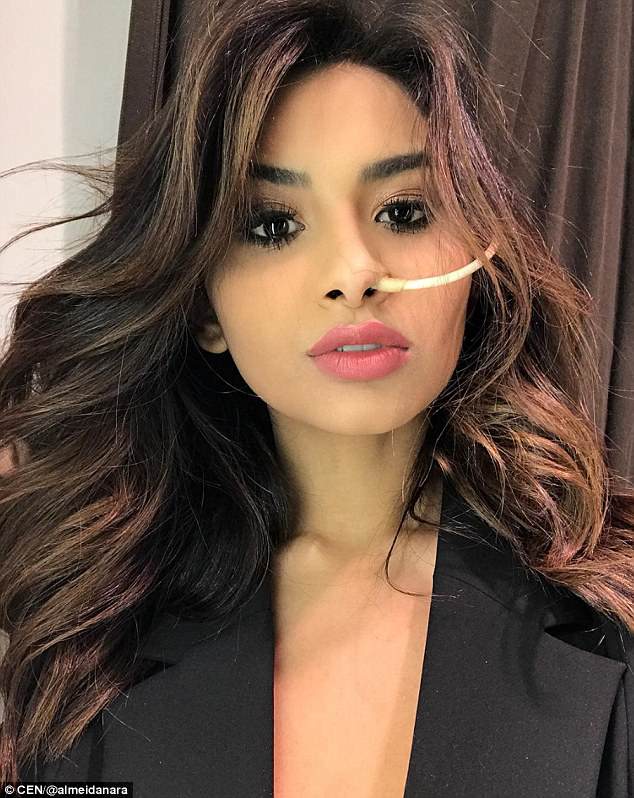 The model, 24, sadly passed away in the Nove de Julho Hospital in the city of Sao Paulo

‘Her death leaves a huge space in my heart but she is going to live forever inside me, she will always be my inspiration, making me see the world in a better light.

I am sure she will continue conveying her strength to many people, as this was her objective. Rest in peace my love.’

Almeida was diagnosed with stomach cancer on 8th August 2017 and posted photos and videos from every stage of her treatment. 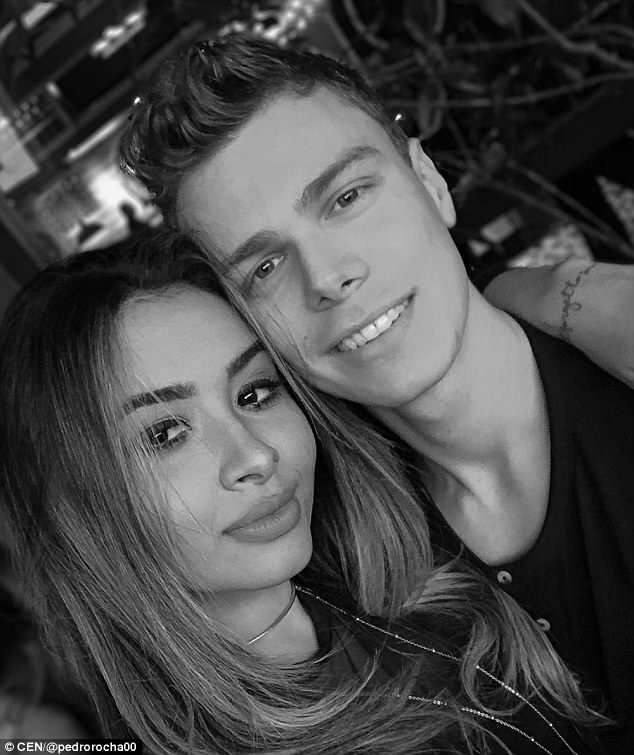 Nara’s boyfriend Pedro Rocha, took to Instagram to reveal she had passed away, saying she ‘deserved to rest’ after her battle with cancer 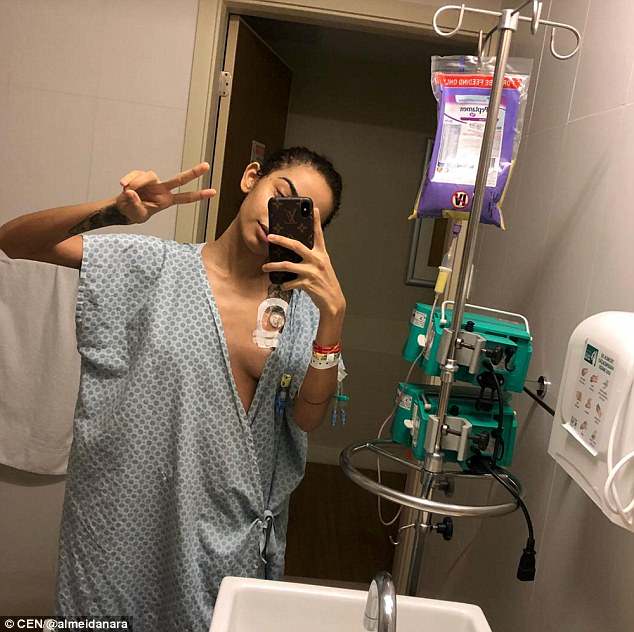 The disease spread to her other organs but even when she was told there was no hope, Nara remained positive.

‘The doctors gave me the confirmation that my case was aggravated, there is no possibility of a cure,’ she said.

After spending five day in intensive care in March, she demonstrated her positive attitude in an update to followers. 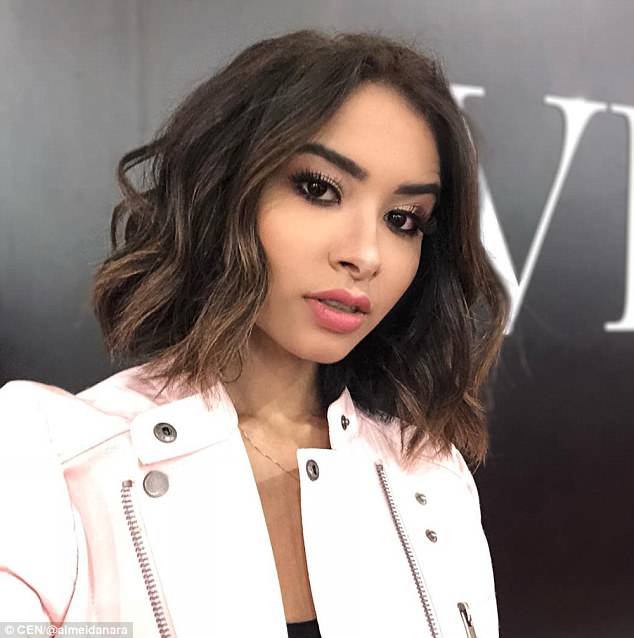 The popular blogger, known for her positive attitude, previously insisted that her terminal diagnosis was ‘just a phase’ 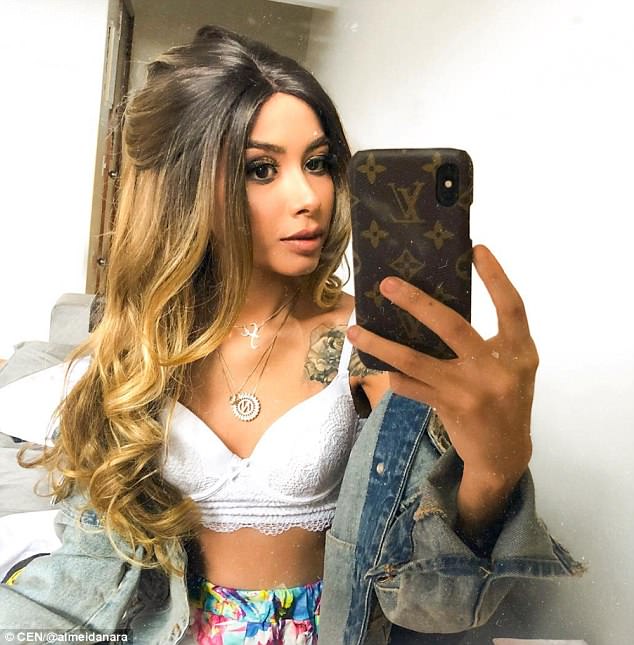 ‘Nothing surpasses the value of being able to breathe without appliances, she explained.

‘I spent three days sedated without having notion of anything, I thought I had lost but I feel God gave me a new chance, each day a new chance is a new improvement!

THANK YOU LORD! I live for you. Thank you for all the prayers, friends, we will not give up living.’

In her last social media post before her death at the end of April, Nara revealed she had turned to immunotherapy, saying: After many tests and a lot of preparation my doctors found a medicine that will do me really well and I have the chance to save my life.

‘Now let’s hope this drug has a wonderful effect and I get rid of this disease and end this suffering.’ 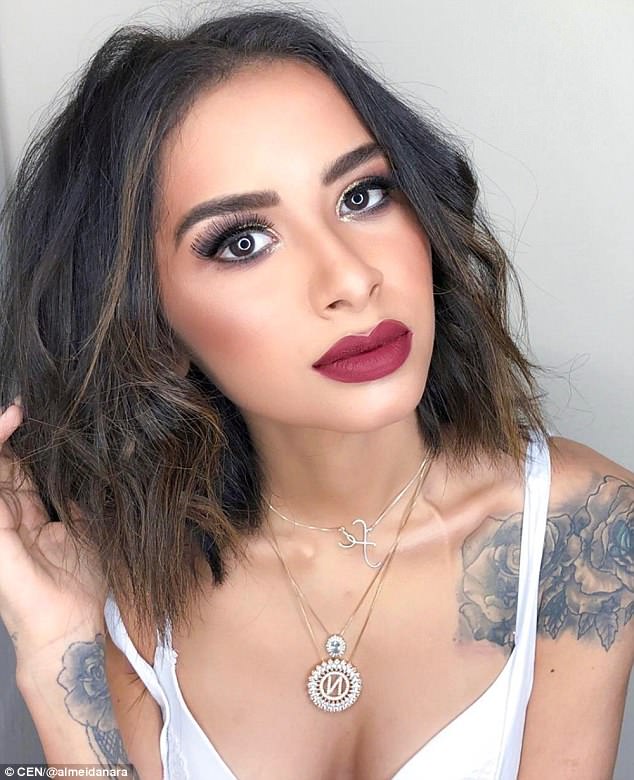 Her boyfriend paid tribute to Nara, saying that she would always be his inspiration 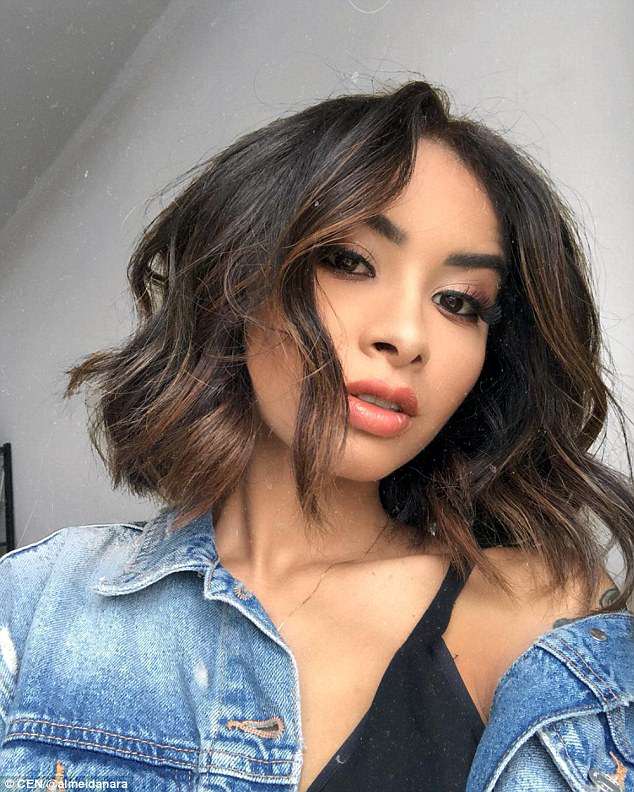