Motorists in Brazil were forced to make an unexpected stop last week as a huge anaconda slithered its way across multiple lanes of a highway.

The video, which quickly went viral, showed the 10-foot boa making its way across the road in Porto Velho, a city in the northwestern state of Rondônia.

As the giant snake moved slowly over the road’s median divider, curious and courageous onlookers stood close by to capture the event.

An anaconda brings traffic to a standstill at northwestern Brazilian highway while residents pause to take videos and pictures. An online video has gained more than 2 million views 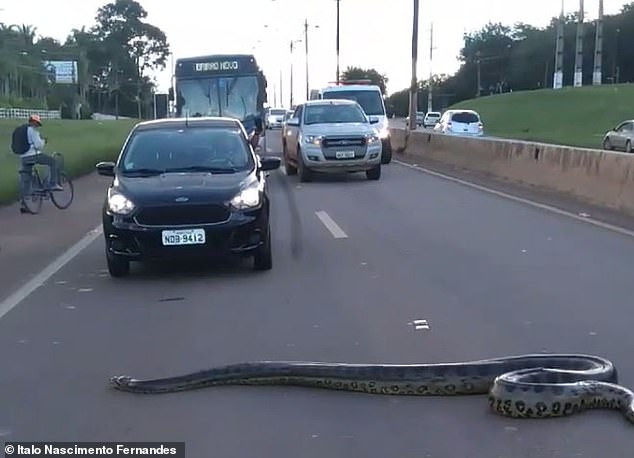 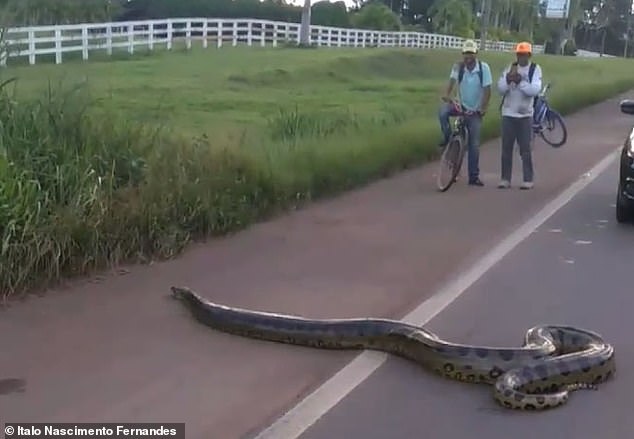 Despite the menacing anaconda’s features, two men (pictured) stand up close to film it

According to Brazilian outlet G1 Globo, the snake was most likely looking for a snack.

The creature was at least 10-years-old and weighed some 66 pounds, according to biologist Flavio Terassini.

‘These snakes can appear in the urban area in search of food, which are small rodents, and in the city they can feed themselves on dogs and even cats,’ Terassini said.

‘So it’s good to be careful not to leave the trash in the yard because these animals can smell the rodents or … come close to homes, especially in the rainy season.’

The video was originally shared by Italo Nascimento Fernandes on April 22 has drawn more than two million views.

The anaconda, which is indigenous to the Amazon rainforest, can grow to more than 25 foot in length and weigh close to 500 pounds. 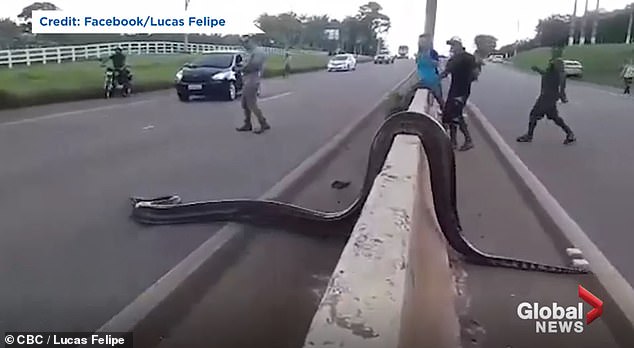 Residents in Porto Velho, Rondônia, closely follow the 10-foot anaconda as it moved over the highway media divider 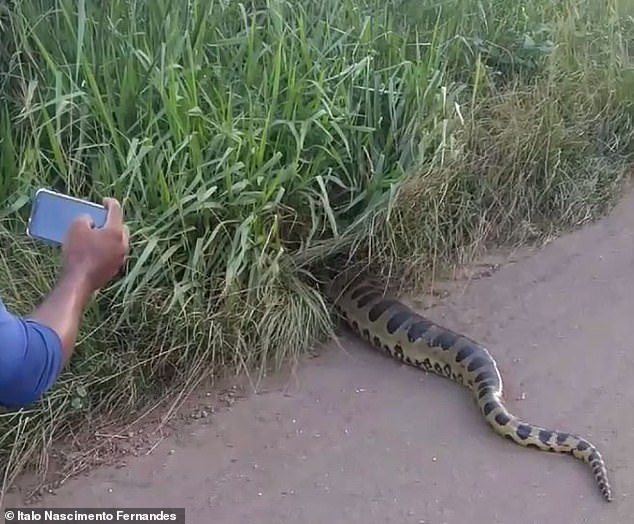 According to a local biologist, the anaconda was just moving from one side of the highway to the other as it looked for a snack