It seems the actor accidentally tweeted instead of typing in the search bar on Tuesday, sending his followers reeling with laughter for his Twitter gaffe.

Despite the embarrassing blunder, the Hank Schraeder actor still hasn’t taken down the tweet as his followers are mocking him mercilessly.

Breaking Bad actor Dean Norris, pictured above on the show, shocked his followers when he seemingly accidentally tweeted ‘sex gifs’ to his followers 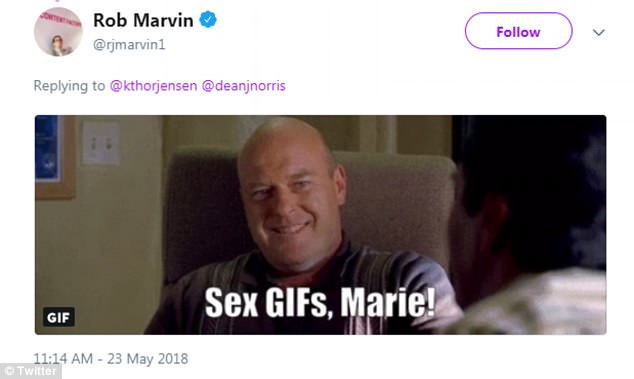 His tweet left his 520,000 followers in stitches, creating memes such as ‘Sex GIFs, Marie!’ depicting the character talking to his wife 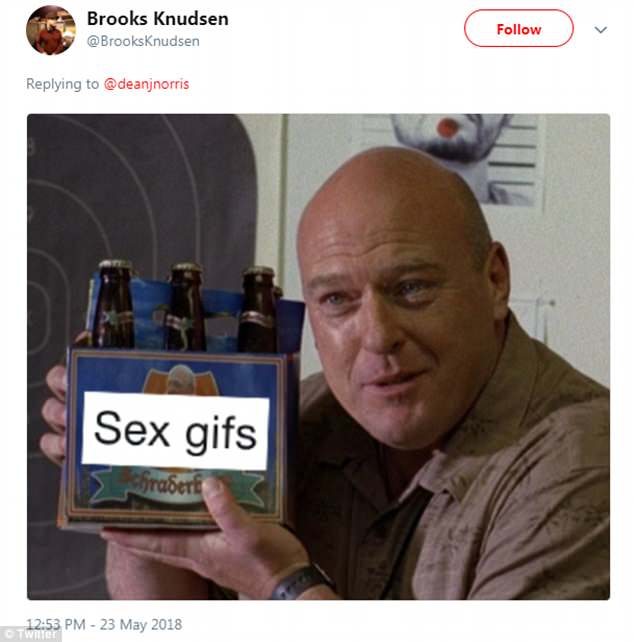 The tweet has racked up nearly 11,000 retweets and over 1,000 replies with commenters saying ‘That’s not the search box’.

One meme depicts a man in a helmet with the hilarious caption: ‘Desire to know more intensifies’.

Another image shows Norris staring off into the distance as the opening lyrics of The Sound of Silence play with the caption ‘Hello darkness my old friend’.

One user encapsulated many followers’ thoughts saying: ‘That’s not the search box’ 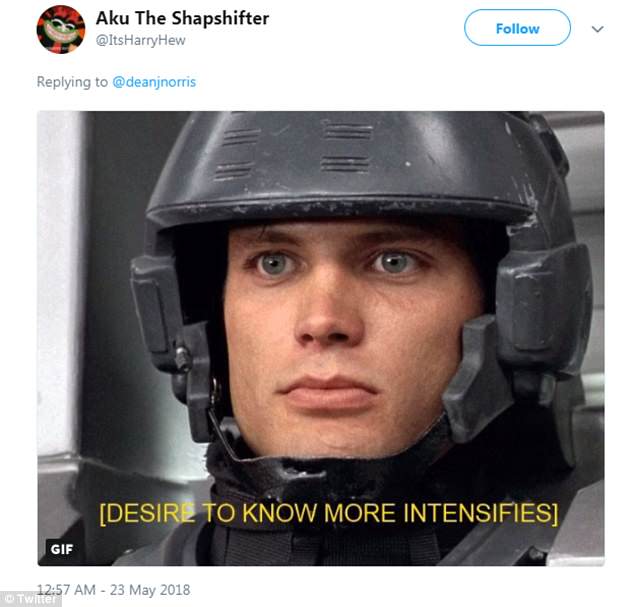 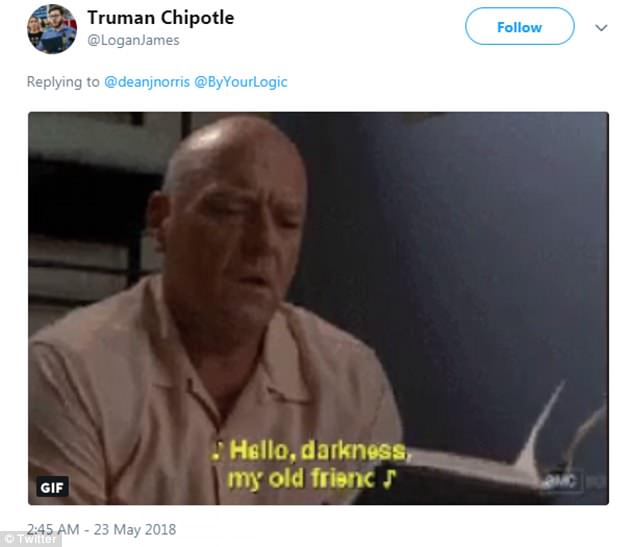 One Twitter user replied with a meme of Norris’ character with the caption ‘Hello, darkness my old friend’ 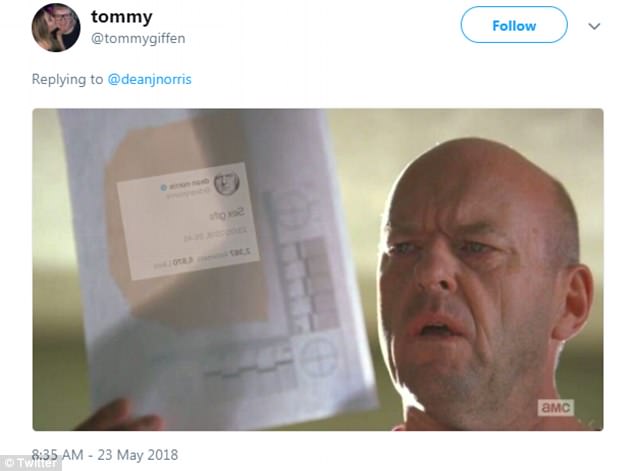 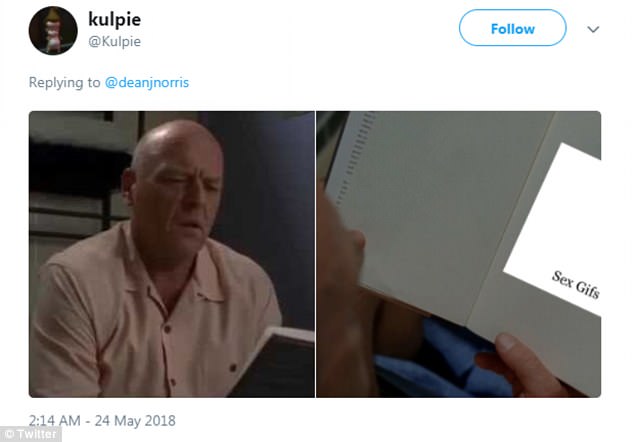 One user depicted Norris reading a book, but the pages were blank save for two words ‘sex gifs’ 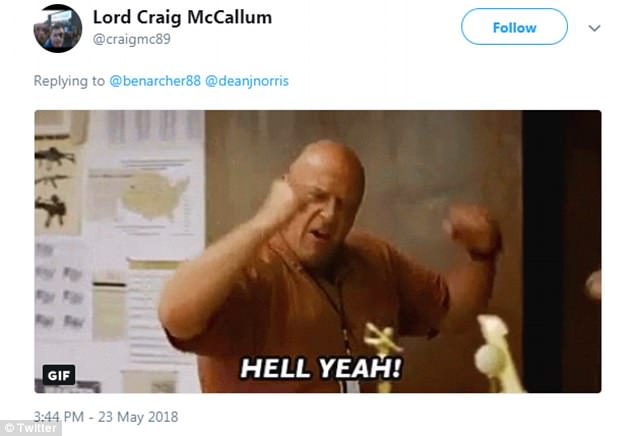 In another, one fans seemed to rally behind Norris’ sex gifs search saying ‘Hell yeah!’

One meme depicts Norris investigating a piece of paper where his ‘sex gifs’ tweet is printed, which he examines with shock.

A similar meme pictures him reading a book where the page is blank save for the two words ‘sex gifs’.

In another, show character Jesse Pinkman judgmentally looks on sipping a glass of water.

One Twitter user posted a gif in response to Norris’ gif request, where the actor is seen in a white button down shirt excitedly dancing and shaking his hips.

The actor is yet to clarify the meaning, if any, behind the hilarious tweet. 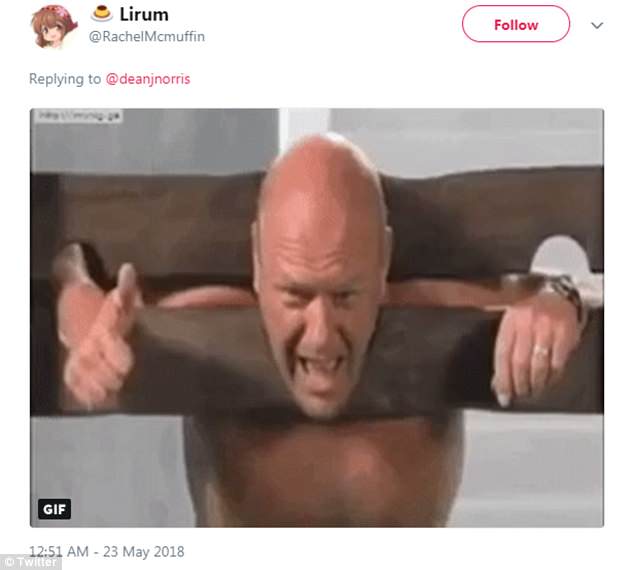 It’s all good! Another meme pictured Norris showing a thumbs up despite being shackled up 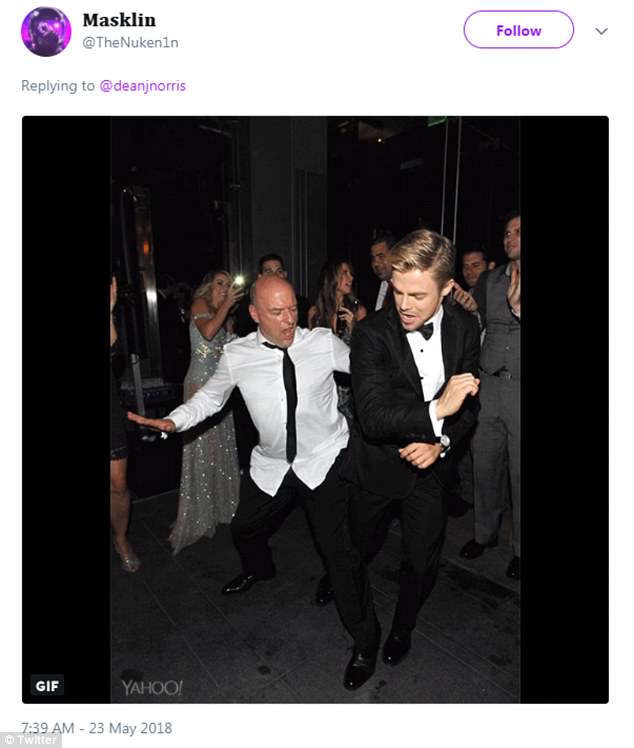 Sexy gif! One user responded with a gift of Norris fervently shaking his hips and dancing 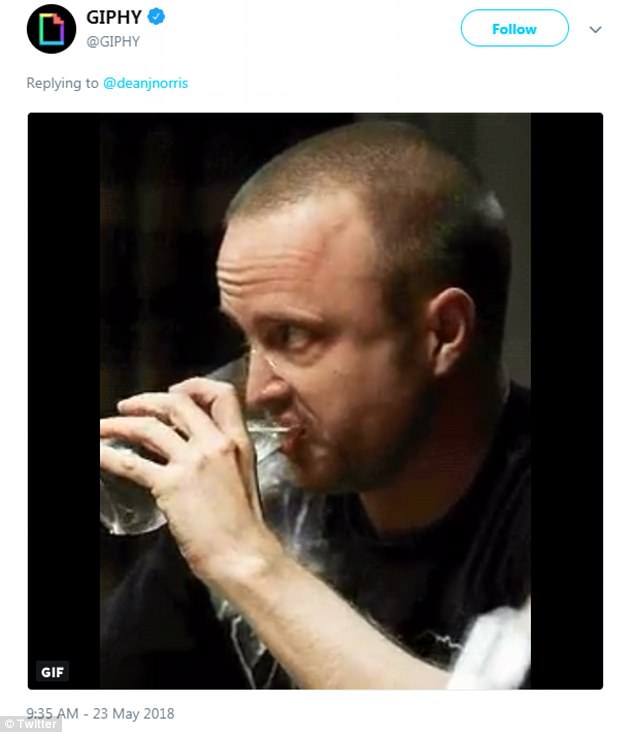