Police in Georgia are searching for a gunman who is suspected of opening fire inside a warehouse in Gwinnett County and injuring one person.

The Gwinnett County Police initially described the incident that took place on Friday at a business located at McGinnis Ferry Road and Satellite Boulevard in Suwanee as ‘major.’

The agency later tweeted an update, saying it was an ‘isolated’ incident involving a single victim. Police have not released any additional information on that person.

Police in Gwinnett County, Georgia, are looking for a gunman in connection to a shooting that took place this afternoon at a warehouse in Suwanee 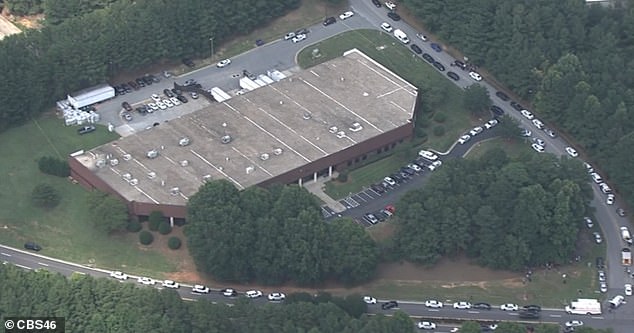 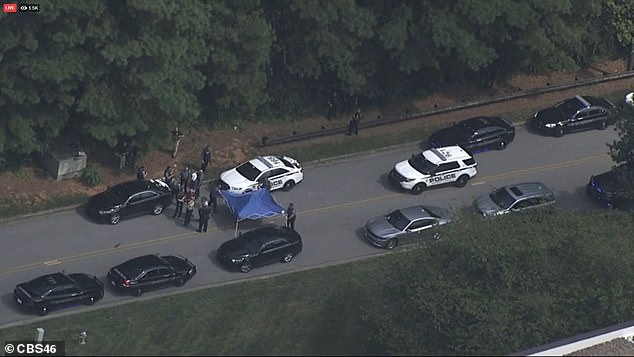 Investigators are currently actively searching for the suspected shooter, who was described as a man standing at 6 feet in height, wearing a long loose pink shirt and a white ‘balaclava style face covering.’

Officials closed a portion of Satellite Boulevard and are asking the public to ‘avoid the area until further notice.’

Police Cpl. Collin Flynn told WSB-TV a 911 call reporting an ‘active shooter’ came in just before 2pm at a manufacturing building in the 600 block of Satellite Boulevard.

‘There was at least one male shooter who came inside the business while multiple people were inside working and opened fire,’ Flynn said. ‘At some point while opening fire he has shot at least one victim.’ 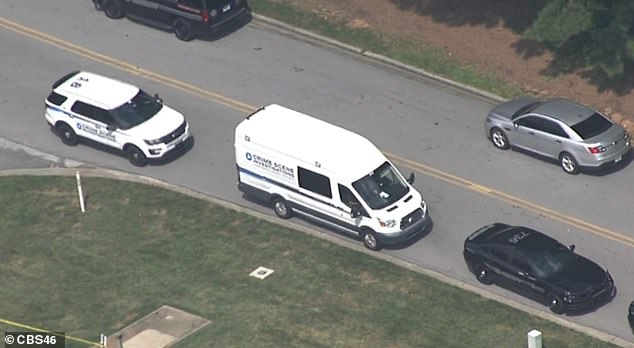 Flynn said the suspect fled on foot and is still at large.

‘At this time, it is possible that [the victim] was specifically targeted,’ Flynn said.