Investigators released footage on Tuesday of a Suzuki Swift – which was in the vicinity of the club in Prahran at the time of the ambush.

The silver car was seen travelling with a Porsche that police believe was used in the shooting – which killed bouncer Aaron Osmani, 37, and club-goer Richard Arow, 28.

Three days after the drive-by, a burning Suzuki was found in Simmonds St in South Yarra.

The car, which is owned by tourists from Queensland, was found not to be the vehicle used in the shooting.

A second silver Suzuki Swift parked in the same street was deemed by investigators as suspicious.

That car has been seized for homicide investigators to comb through for evidence and forensic testing, with police strongly believing the car could have been the vehicle seen travelling with the Porsche.

Detectives hope it holds the vital clues and evidence that those who set the wrong car alight set out to destroy.

Investigators are now speculating that the shooters returned to the Suzuki to set alight and destroy evidence or clues – but in their panic they set the wrong Suzuki on fire.

Police are theorising that others were sent to torch the car, but they were confused and picked the wrong one.

Police were told that just before the car fire, two men dressed in dark clothing got out of a blue Holden Colorado on Simmonds Street – before driving off towards Surrey Road in South Yarra. 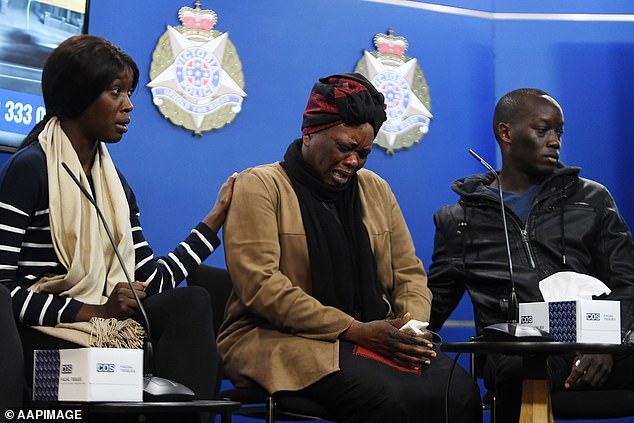 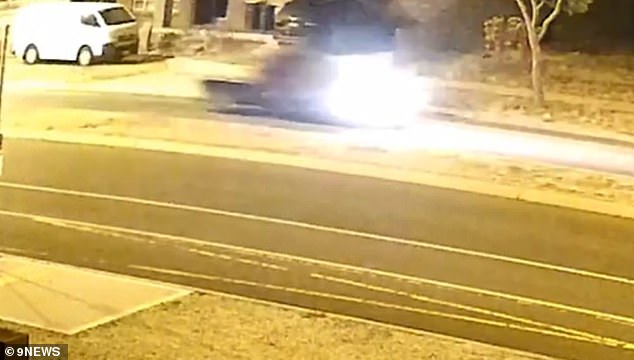 Police released new CCTV footage that may hold the key to finding those responsible for the April 14 shooting at Love Machine in Prahran, Melbourne

News of the incredible blunder comes after police released new CCTV footage of a maroon Ford ute with a silver tray leaving the area soon after the Porsche was torched. The tray has a distinctive bar across the back.

Meanwhile, Richard Arow’s girlfriend Rebekah Spinks was with him on the night he died, and said she was only about five metres away from him when it happened.

‘What this has done to the family is actually so catastrophic… these men were just so callous,’ Ms Spinks told reporters.

‘They just had no regard for humanity at all, because not just Richard and Aaron and the people who were injured, but everyone, including me on the street, was a target that night, and they didn’t care who they were hurting.’

She described him as the ‘strongest man with the softest heart’.

‘They took the life of a really great man but the destroyed the life of hundreds of people and families that are affected by it.’ 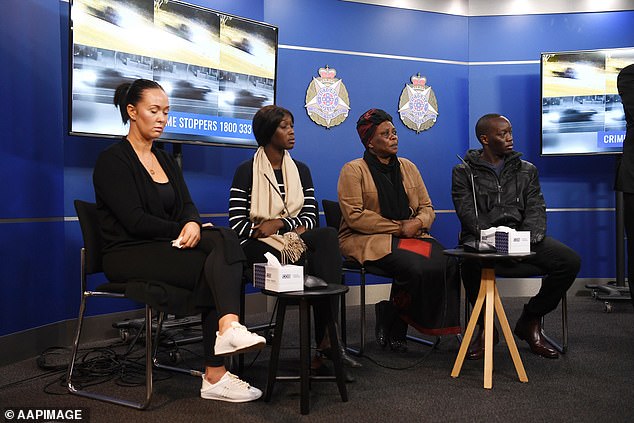 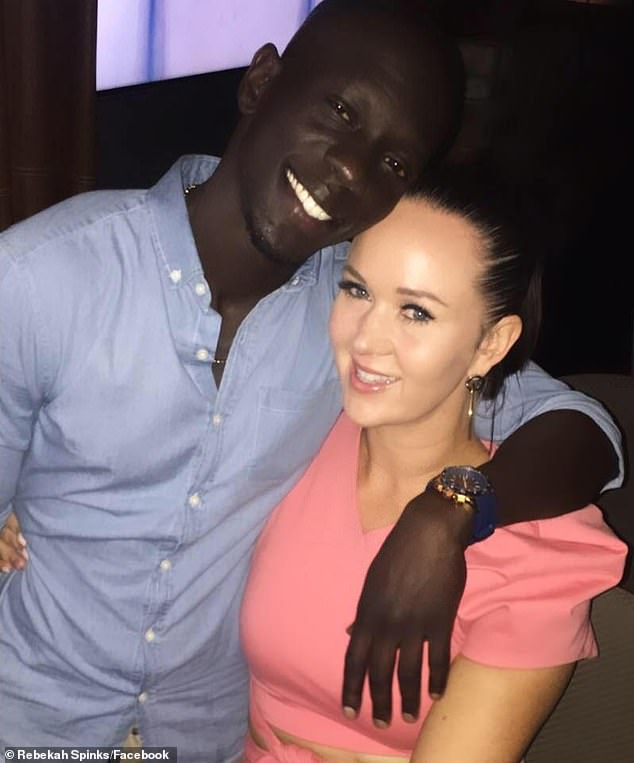 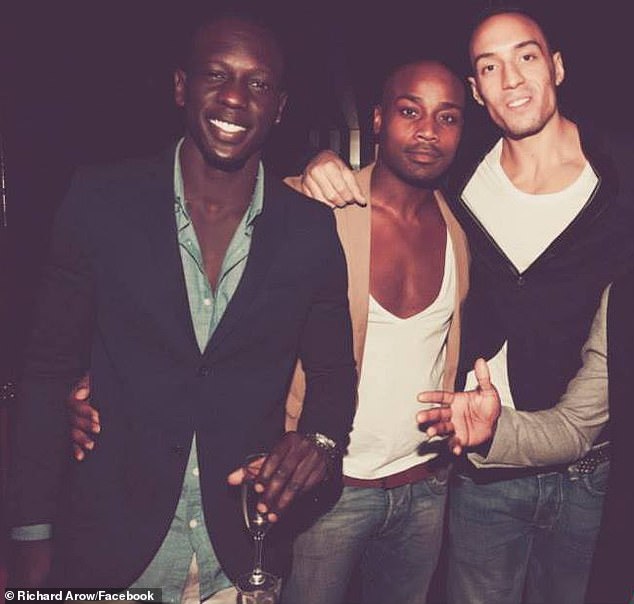 Friends of Mr Arow (pictured left with friends inside a different nightclub) posted tributes about him on social media after his death. He was described as a loving and great friend

She said she was still in disbelief and the killers didn’t deserve to walk the streets.

Mr Arow’s mother described her loss through a translator as senseless and unbearable.

She said that in taking her son’s life the killers had also taken hers.

Mr Arow had promised to repay her for bringing her family to Australia to build a new and better life, and was grateful for the opportunity to live in such a safe country.

Meanwhile, Aaron Osmani’s family hopes the latest clue will provide answers for their ‘son, brother and friend’ who was taken too soon. 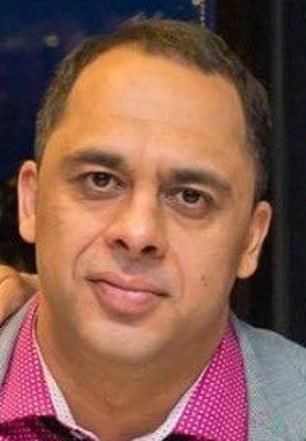 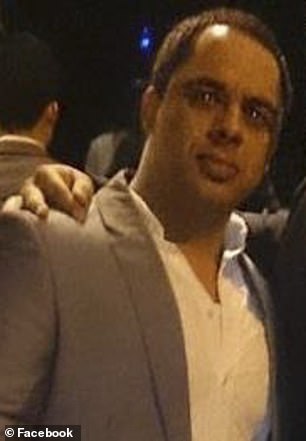 Aaron Khalid Osmani, 37, died in hospital from his injuries after he was shot outside the Love Machine Nightclub 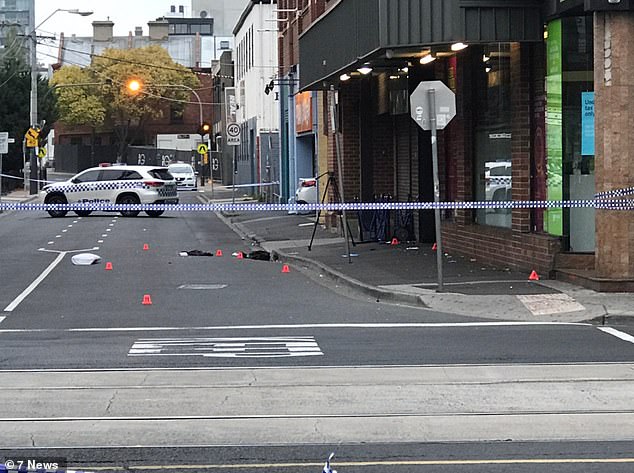 Mr Arow was outside the Love Machine nightclub (crime scene pictured) in Prahran about 3.10am when four shots were fired from a stolen Porsche 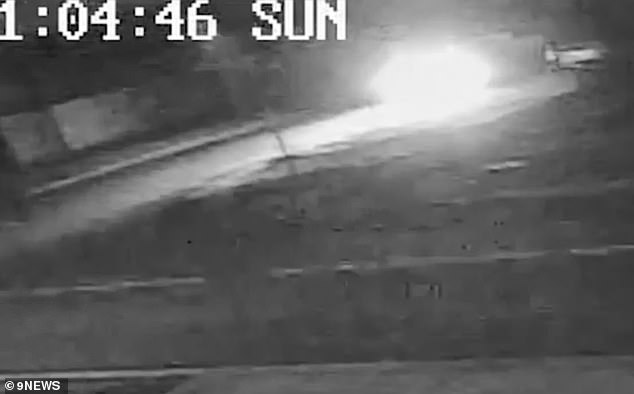 Police released new CCTV footage that may hold the key to finding those responsible for the April 14 shooting at Love Machine in Prahran, Melbourne

‘He was only 37 and had his whole life ahead of him,’ the family said in a statement.

‘It’s been two months since we lost Aaron but our family is still grieving a lot, especially our parents.

‘We also have a large extended family and they are really missing him as well.’

The family said Mr Osmani was the older sibling who looked out for his younger brothers and sister and doted on his three-year old niece.

‘Aaron was a very loving and caring person. He lived with our parents and dedicated a lot of time to caring for them. He worked on the weekends but through the week he looked after our mum and dad,’ they said.

‘Family was so important to him and we really miss him a lot. His friends were like his family and their life has changed forever.’

They have not ruled out any possible leads in the investigation and are looking at possible links between outlaw motorcycle gangs in the region. 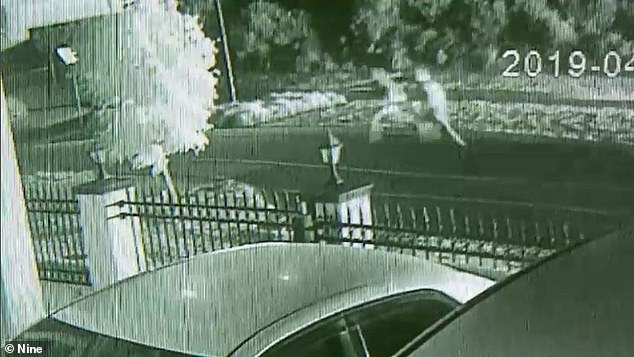 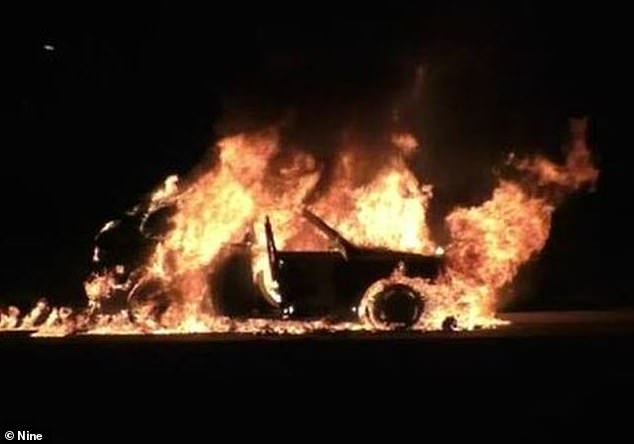 The car was torched in Wollert, north Melbourne after the 3am shooting at Love Machine in Prahran