Sandhya Sonawane, 24, died after undergoing a bizarre treatment at an Indian Hospital

A hospital doctor in India has been accused of using a mystic ‘godman’ to perform a an exorcism ritual on a patient suffering from multi-organ failure as a result of her breast cancer.

Local reports claim Sandhya Sonawane was receiving conventional treatment at the Deenanath Hospital in Pune, in the western state of Maharashtra when her condition deteriorated rapidly.

Her doctor, named in local media as Satish Chavan, asked a non-medic into the intensive care unit to perform a ritual involving a red cloth and some lemon.

The 24-year-old patient died shortly after the ritual was performed.

Ms Sonawane was said to have had a lump on her chest which was removed in a conventional fashion in the Chavan Nursing Home, however, she suffered major post-operative bleeding.

She was later transferred to the Deenanath Hospital, where she underwent the bogus procedure.

‘She went to Chavan in pain at the end of November. But, even after her first surgery with him, she suffered from the same problem and another lump was detected in her breast. 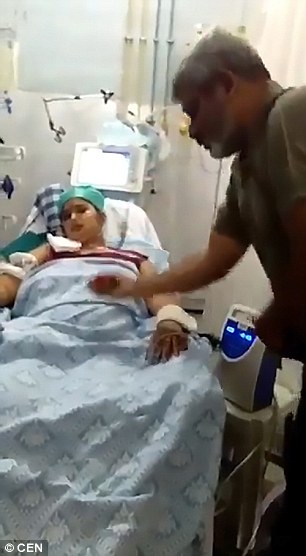 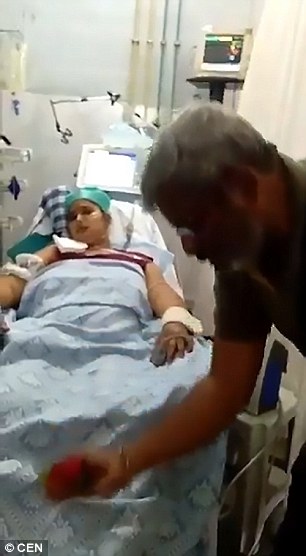 ‘Chavan then advised a second surgery, but soon after that as well, her condition became even more critical, and she experienced major bleeding.

When Chavan asked us to shift her to Deenanath, we were confused.’

Calling the black-magic mystic a ‘godman’, the brother added: ‘I was present at the hospital when Chavan came with the godman. I filmed the incident and went to Shiv Sena (far-right regional political party) leader Sachin Tawre.

‘He helped me and my family with approaching the cops. This is a clear case of medical negligence and we demand a detailed inquiry into the matter.’

Dr Chavan meanwhile says he had a phone-call death threat after the case was widely reported.

A Deenenath Hospital spokesman said: ‘Our hospital has nothing to do with this incident or Chavan. We do not allow such practices. Sandhya was admitted here due to some complications.

‘Her condition was critical and she was under the treatment of Dr Sameer Jog.’

The spokesman confirmed her death and added: ‘Our hospital is not responsible for any such superstitious practices.’