A six-year-old girl from Kansas who demanded her older sister take her out for a run regretted it almost as soon as her sneakers hit the concrete.

Evelyn Salazar was bugging her teenage sibling, 19-year-old Sirena, so that she could join her on one of her workouts and start pounding the pavement on a run around the block.

Sirena initially she said ‘no’ thinking that a two mile run might a bit much for the first-grader, but she soon changed her mind after she saw how keen her baby sister was, who had already got ready and dressed into her workout clothes. 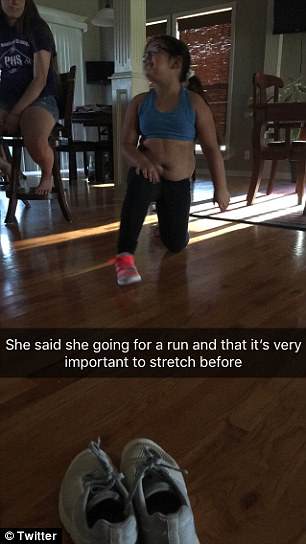 Evelyn Salazar, 6,  recently decided she wanted to go out for a run with her big sister 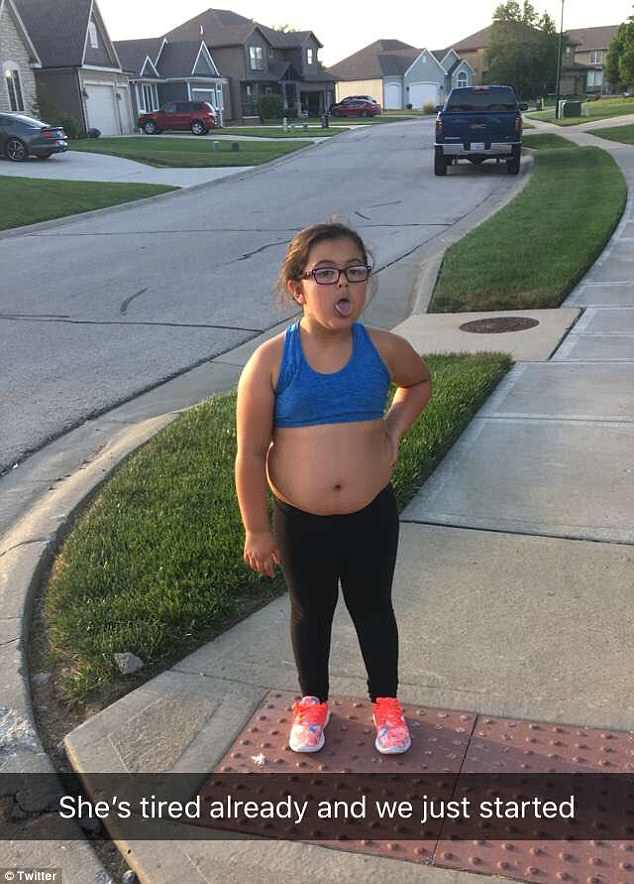 Moments after stepping outside, Evelyn began to feel the pain of working out

In her sports bra and leggings, Evelyn began by stretching to warm up just like any other runner, copying her sister’s every move.

But as soon as the pair were out the door and running  around the cul-de-sac Evelyn had enough.

‘My heart’s beating so fast,’ Evelyn said according to Sirena’s Snapchats. ‘It’s never done this before. I think it’s crying.’ 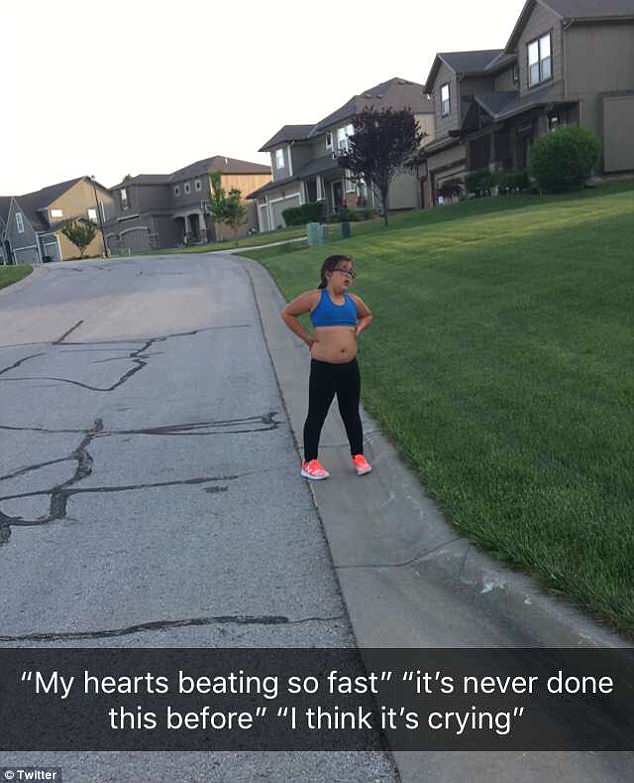 ‘My heart’s beating so fast. It’s never done this before. I think it’s crying’, the youngster panted 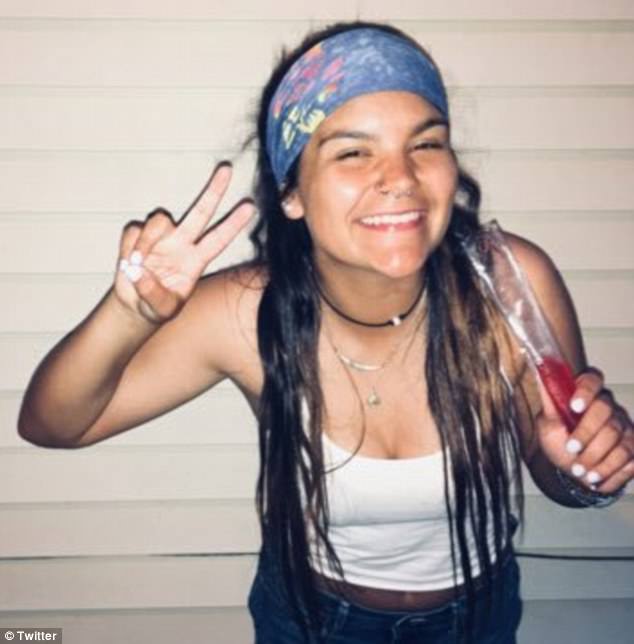 Sirena began posting the entire session on Snapchat before tweeting it where it has since gone viral with hundreds of other people sharing their sympathy.

Evelyn managed to survive the run and ended up quickly heading to bed to recover, finding solace under her My Little Pony blanket.

She’s also being super chill about her newfound internet fame.’I told her, ‘you’re, like, famous now!’ And she was like, “yeah, I know,”‘ said Sirena. 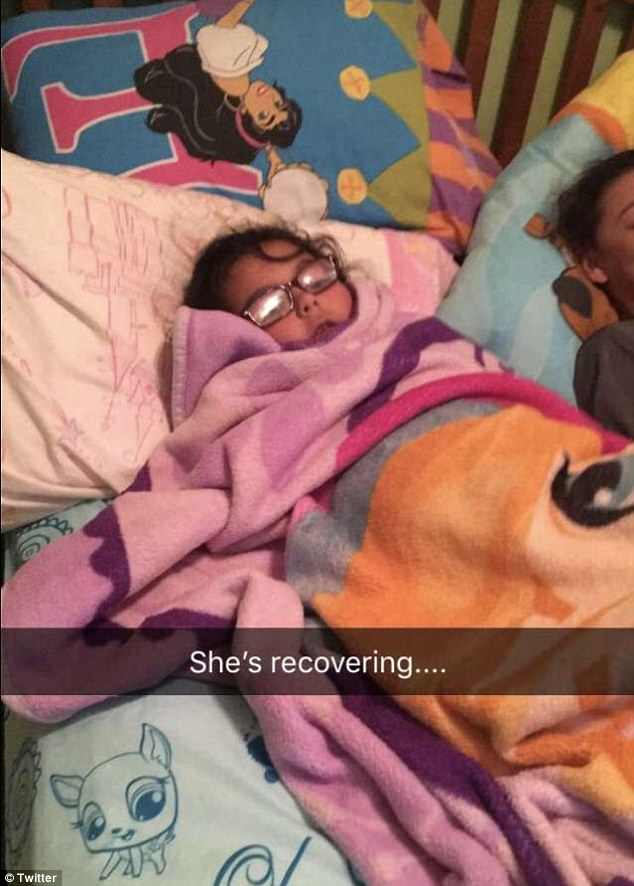 After she got back home, little Evelyn headed straight for her bedroom 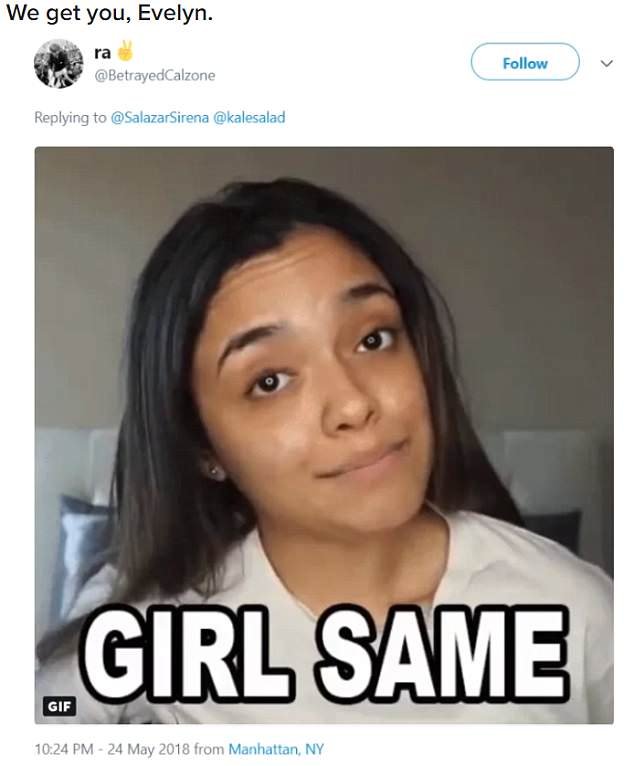 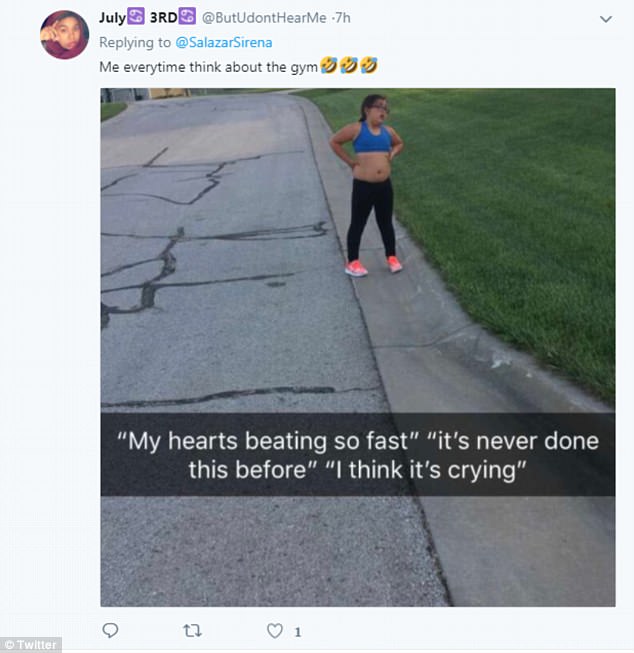