This breathtaking video shows the sun shining above serene blue skies in the eye of hurricane Michael.

The stunning footage was taken by Florida resident Stefan Melendez despite 155mph winds battering the state just 20-30miles away.

As he pans the camera, he says: ‘That’s the eyewall by the way. You can see the sun… blue sky, right in the eye.’

Hurricane Michael barreled into the Florida Panhandle on Wednesday, leaving a trail of devastation in its wake as it became the most powerful storm to ever hit the region and the fourth strongest to make landfall in the US. 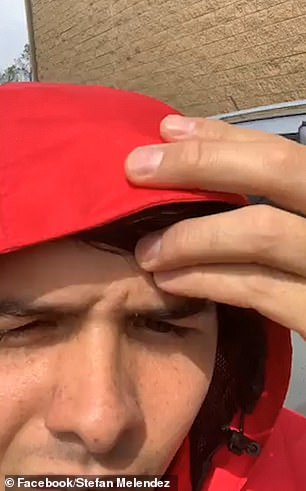 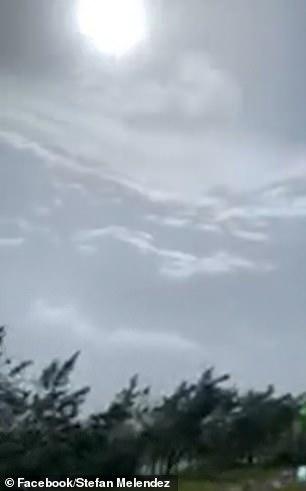 The video was taken by Stefan Melendez from Daytona Beach. As he pans the camera, he says: ‘That’s the eyewall by the way. You can see the sun… blue sky, right in the eye.’ 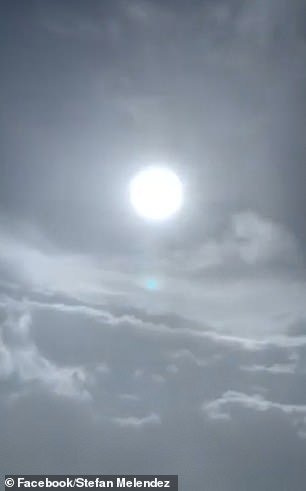 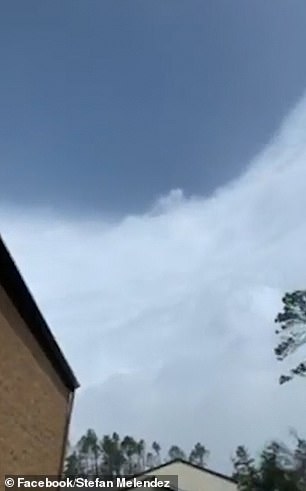 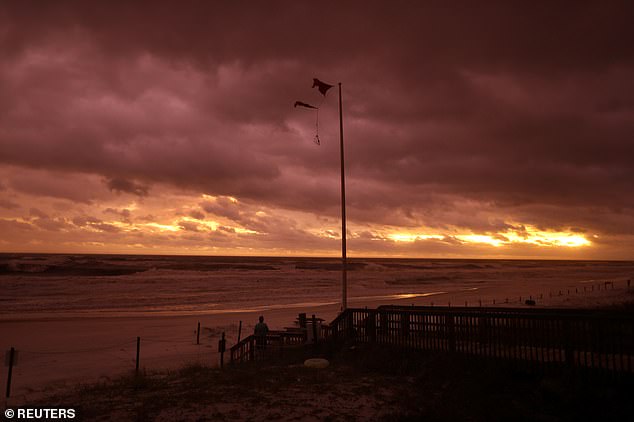 A man watches the sun set during Hurricane Michael in Panama City Beach, Florida. The hurricane is the fourth strongest ever to hit the US 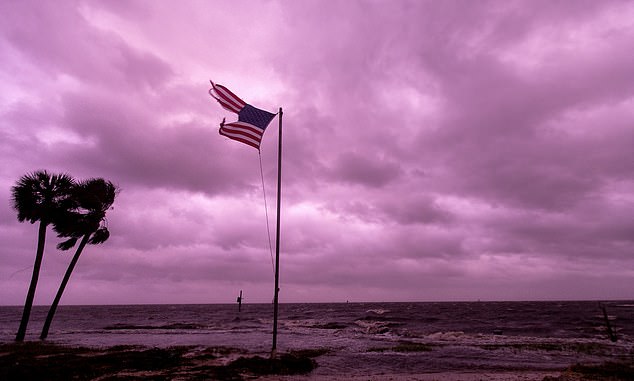 Roads were flooded, trees uprooted and homes destroyed after the ‘monstrous’ storm ploughed into Mexico Beach at around 2pm and swept across the state.

At least two people have been killed including an 11-year-old child in Seminole County, Georgia, who died after a tree fell on her home.

A man in Greensboro, Florida, was also killed when a tree crashed through his home and trapped him. Downed power lines and blocked roads stopped emergency crews getting to him in time.

More than 500,000 homes and businesses in Florida, Georgia and Alabama have been left without power as the storm moves north east before ending up in the Atlantic by Friday.

In terms of wind speed, Michael is the fourth strongest storm ever to hit the US after Andrew in 1992, Camille in 1969 and an unnamed Labor Day Hurricane in 1935.

Scientists say it was so strong because warm waters of 84F (29C) extended unusually far up the northern Gulf Coast for this time of year after Florida had its warmest September ever. 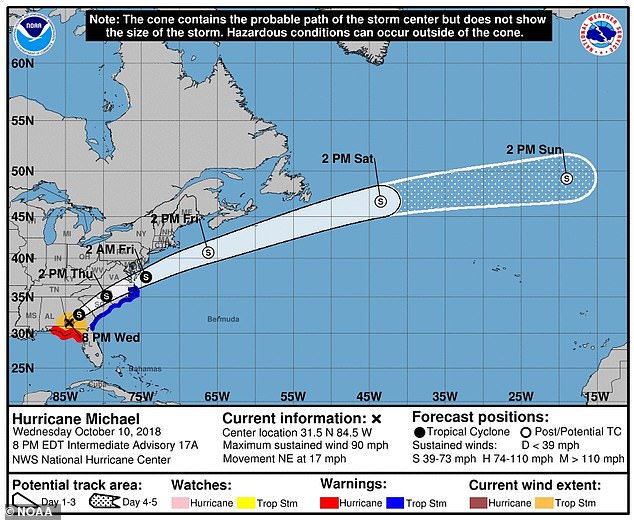 This graphic shows the projected path of the storm. It made landfall on Wednesday and will leave land by Friday 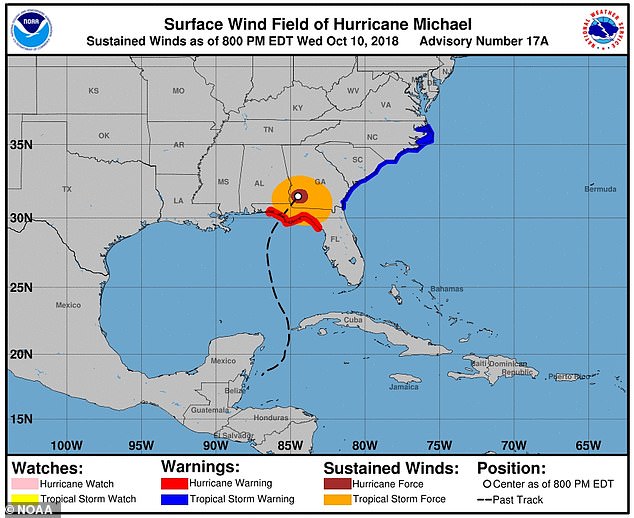 This graphic shows where the hurricane came from before it made landfall on Wednesday. It will head into the Atlantic Ocean by Friday 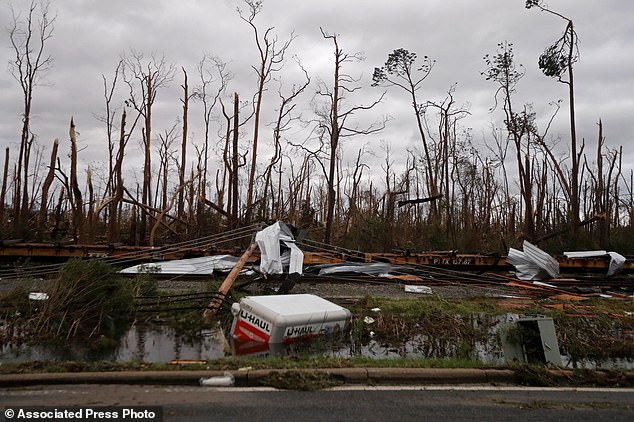 Shredded trees, derailed train cars and a sunken trailer are seen in the aftermath of Hurricane Michael in Panama City 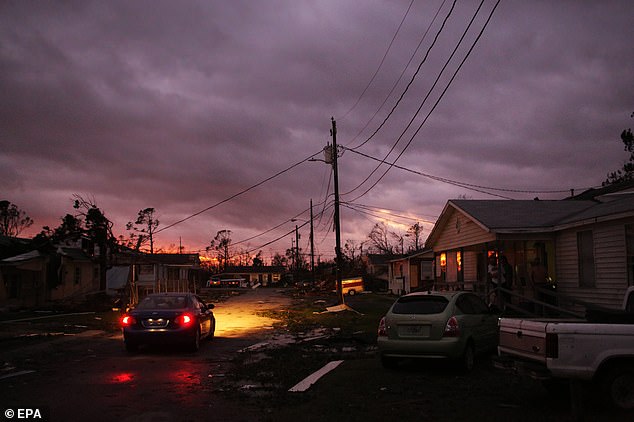 Destruction: The sun sets on a wreckage-littered street after Hurricane Michael passed over Panama City, Florida