Brendan Fevola and his family have shown their official support for the Richmond Tigers in the AFL Grand Final.

The 38-year-old former AFL star took to his Instagram to share a photo of himself with his daughters Leni, Lulu, Tobi, and stepdaughter Mia decked out in the black and gold, alongside young Tigers star Daniel Rioli.

‘We’ve got your back’: Tigers star Daniel also posed for a photo with his girlfriend, her sisters and the former AFL star

Mia, who is dating Daniel, also took to Instagram to post a photo of herself beaming with pride alongside her beau.

She wrote: ‘Good luck today @17rioli we are so proud of you no matter what the outcome is. Go get em tiger #AFLGF #gotiges.’

The brunette beauty also shared a photo of her father dressed head to toe in Tigers colours and added a face palm emoji. 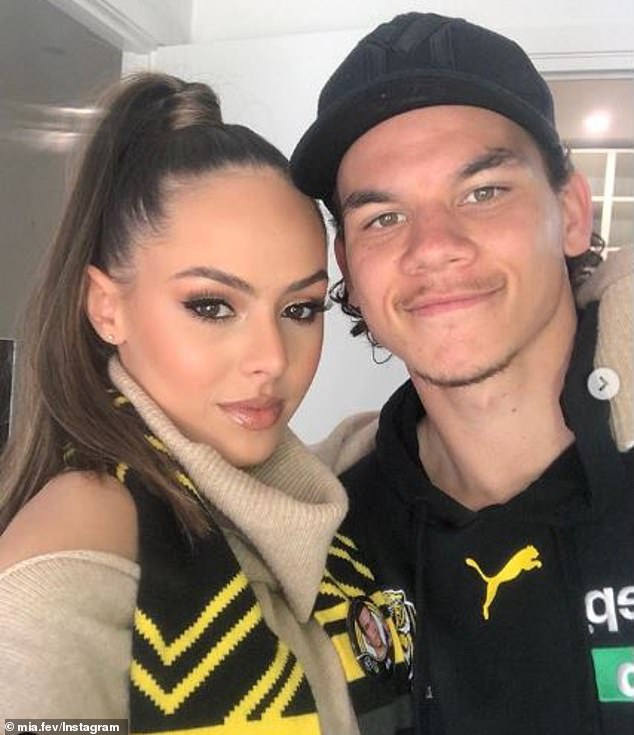 Later on, Brendan took to his Instagram stories to share a photo of himself with daughters in their seats at the Melbourne Cricket Ground wearing Richmond’s colours and looking pumped to watch the game.

‘My girls,’ the former Carlton star wrote on his post. 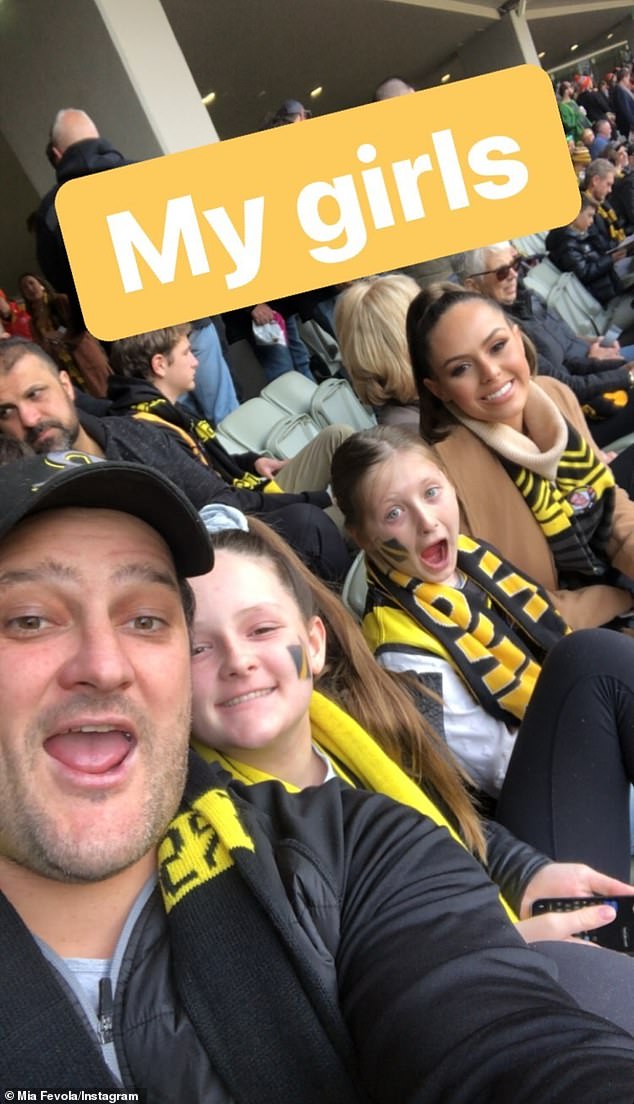 ‘Go get ’em!’ Brendan Fevola and his family threw their support for Richmond Tiger in the Grand Final on Saturday (Pictured: Brendan with daughters Lulu, Leni and stepdaughter Mia at the Melbourne Cricket Ground) 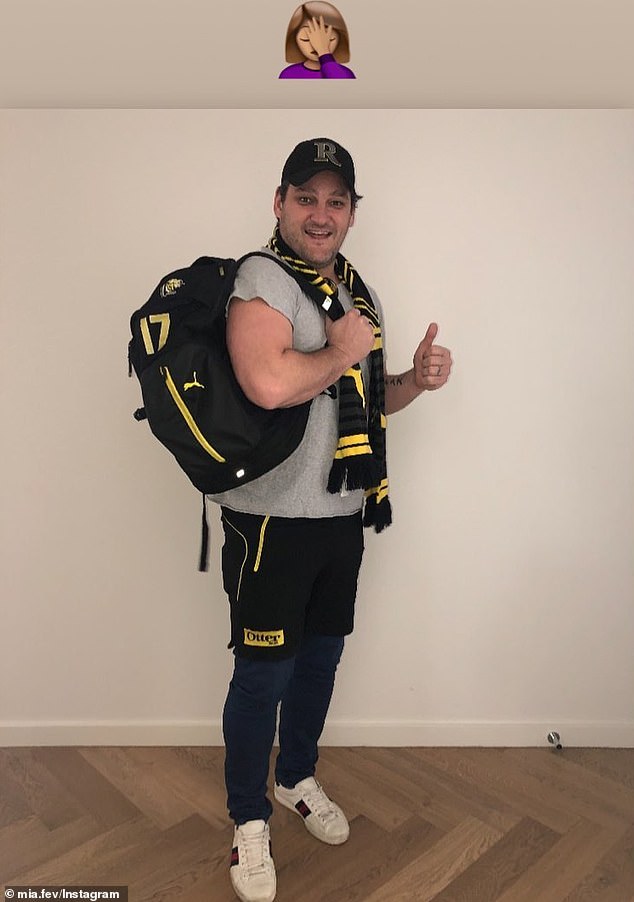 On Tuesday, Dannii Minogue made the wild accusation that Brendan was the Rhino on The Masked Singer.

On Wednesday, he did little to dispels the chatter on his breakfast radio show Fifi, Fev and Byron.

‘Obviously Dannii’s seen my moves on Dancing with the Stars and knows that I move really well. I can’t say too much,’ Brendan said in response. 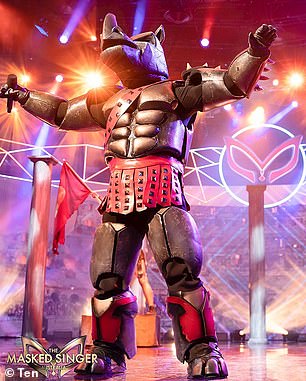 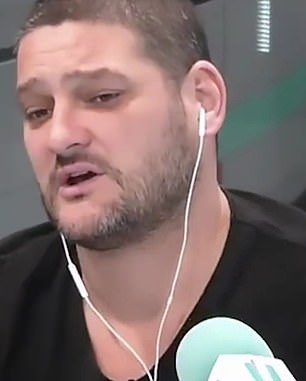 Does he look like a Rhino? During a radio interview Brendan (right) seemed to accidentally suggest he was the Rhino on The Masked Singer