Former AFL star Brendan Fevola admitted he didn’t think he could have any more children before his ex-wife Alex found out she was pregnant for a fourth time.

In an interview with 9Honey, the radio host said he was surprised when Alex broke the news, because he thought he had ‘conked out.’

The pair had initially assumed Alex had fallen ill when she suffered from persistent sickness while they were on holiday in America, before finding out they were expecting.

‘I thought I’d conked out!’ Brendan Fevola says he thought he couldn’t have any more kids before ex-wife Alex fell pregnant… while he admits he ‘loves’ being outnumbered by girls

‘I thought I’d conked out. Obviously I haven’t. Part of me is like, I’m alright!’

The on-off lovers divorced in 2014 after nine years of marriage, before getting back together and getting re-engaged. 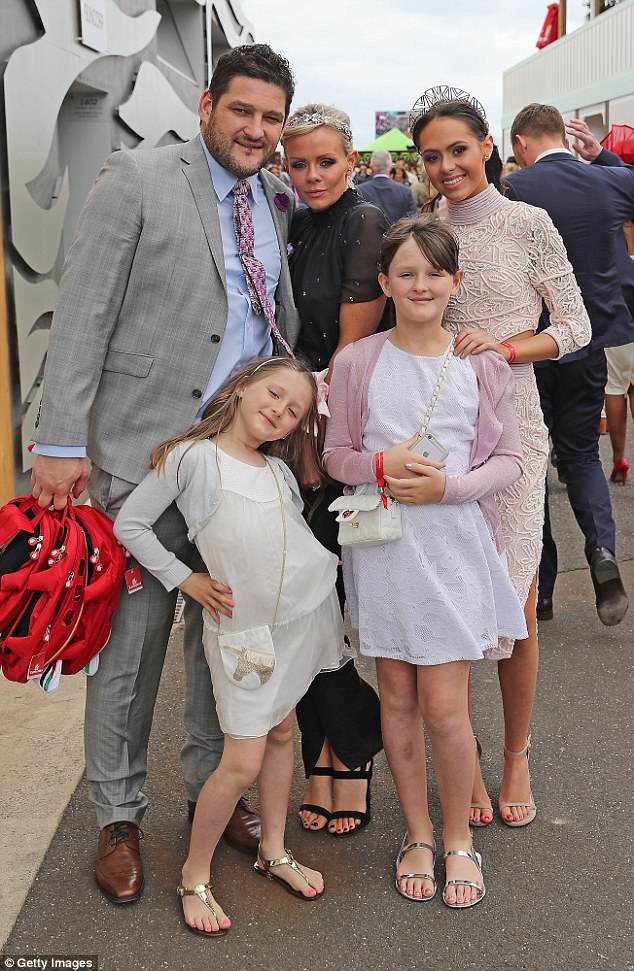 Girl power! Brendan and Alex pose with their brood, Lulu, Leni and Mia

In his interview with 9Honey, Brendan admitted, ‘[Me and Jason are] very out-numbered, but we love it.’

The loved-up couple originally thought Alex must be having a boy because she suffered from much more severe morning sickness than in the past. 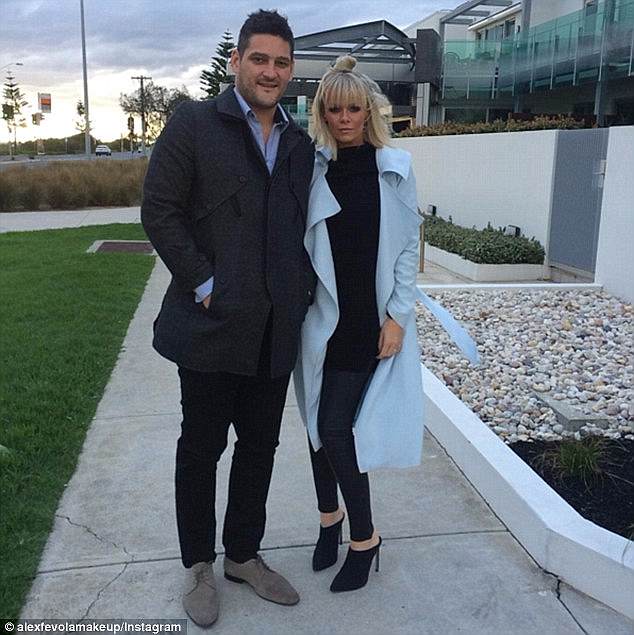 Second time lucky! The couple got re-engaged after a tumultuous past

However, he was pleased to discover Alex was expecting a girl because he ‘wouldn’t know what to do.’

Brendan and Alex broke the news to their brood live on radio with a gender reveal balloon.

They popped the large black balloon to reveal black confetti during his Fifi, Fev and Byron radio show while the girls squealed with delight.