Brendan Fevola has lost a staggering 16 kilograms since he embarked on a diet in 2016.

And on Friday, the Jenny Craig ambassador, 37, showed off his slimmed-down physique in an Instagram snap.

Fans inundated the former AFL star with praise after he uploaded the image, remarking on his physical appearance following news he had reached his ‘goal weight’.

Despite being a father-of-three, the star had definitely ditched his ‘dad bod’, and rocked a pair of black skinny jeans.

The former footballer made he stood out, adding a pale pink button down shirt, an orange tie and a patterned blazer complete with a snazzy pocket square. 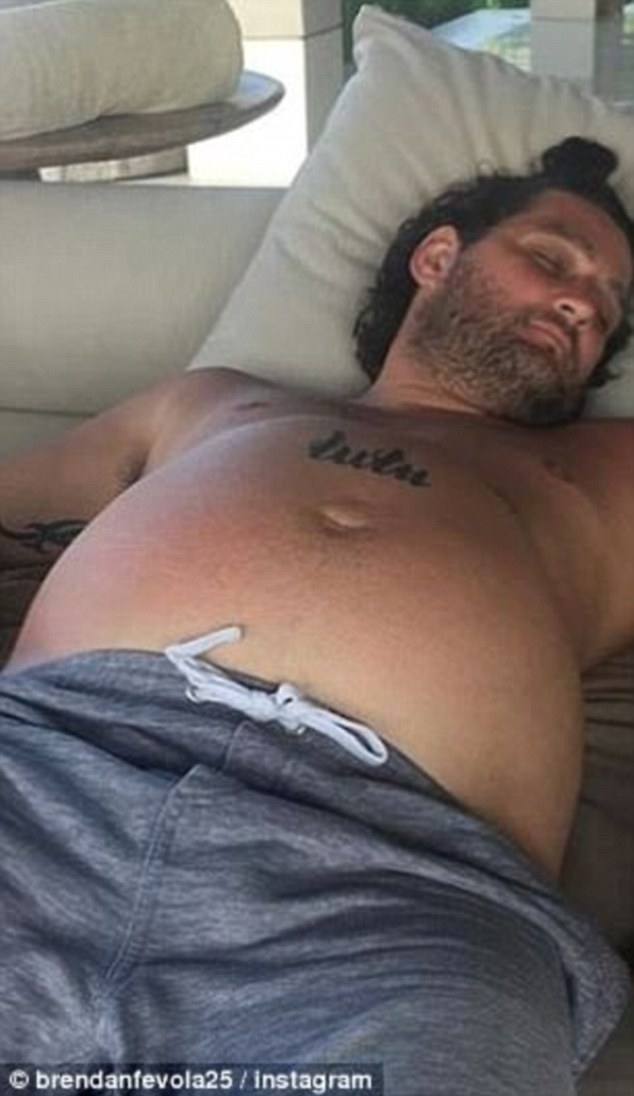 All in the past: Brendan has shed the paunch he displayed in this Instagram snap posted in early 2017

‘OMG you look amazing,’ one fan cooed in the comments section.

‘Looking so healthy. Good on you,  much deserved, you bloody legend,’ another excitedly wrote.

Brendan revealed that he had reached his ‘goal weight’ on October 12, declaring on Instagram: ‘Jenny Craig works wonders’. 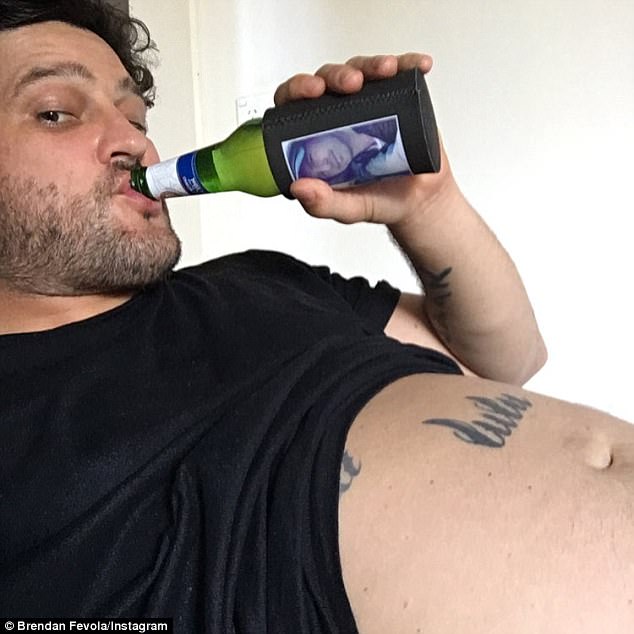 No more beer belly! Brendan as he appeared in early 2017, before much of his weight loss

In 2016, the former footy player recalled feeling horrified when he discovered cellulite on his stomach and he described it as a wake-up call to get into shape.

‘I used to be fit, and I had abs and muscles. I’m 35, I thought it (cellulite) might have been an old thing, but I’m not that old,’ he said on his Fifi, Fev & Byron radio show at the time.

Meanwhile, Brendan and his partner Alex are expected to welcome their fourth child next month.

The sportsman recently shared a photo of Alex’s protruding baby bump and wrote: ‘Can’t wait to meet our 4th daughter’. 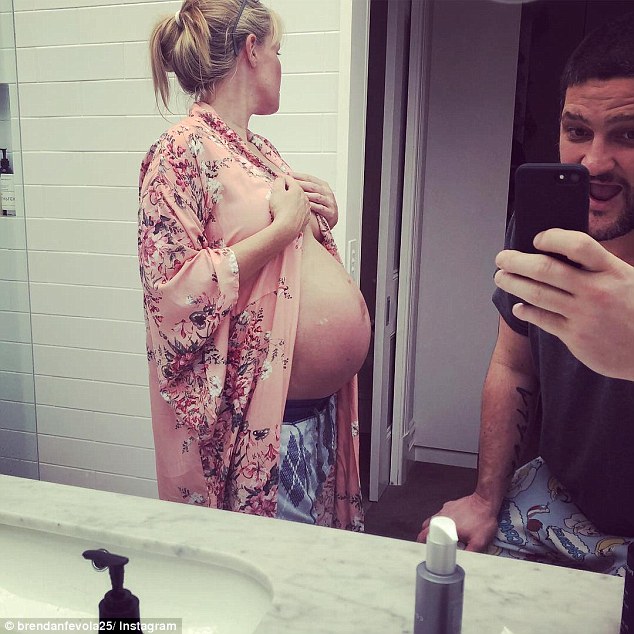 Baby on the way! Brendan and his partner Alex (pictured) are expected to welcome their fourth child next month