Brendan Rodgers has revealed he twice rejected the chance to leave Leicester as he tries to turn around their season.

The Foxes claimed their first win of the campaign against Nottingham Forest to move off the bottom of the table – and ease some of the pressure on their manager.

With chairman Aiyawatt Srivaddhanaprabha, known as Khun Top, in the directors’ box, a defeat would have placed Rodgers under huge scrutiny. 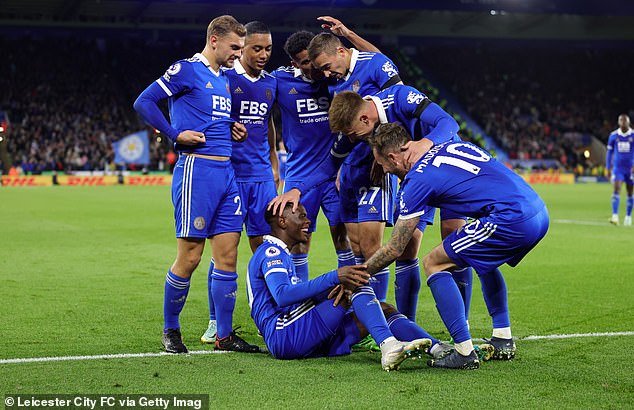 Yet Rodgers highlighted the loyalty he has shown the club by turning down opportunities at other Premier League clubs, believed to be Arsenal and Newcastle.

The 49-year-old chose to sign a new deal at Leicester in December 2019 amid strong interest from the Gunners, while Newcastle also sounded him out a year ago following their Saudi-led takeover.

‘The owners know my loyalty because I stayed when maybe I could have left,’ he said. ‘But that doesn’t mean they owe me anything. I want to do it for the club and the supporters and they trust me to do that.

‘Top and his family and the other staff here have always been super supportive of me. They understand the challenges we’ve had over the summer. 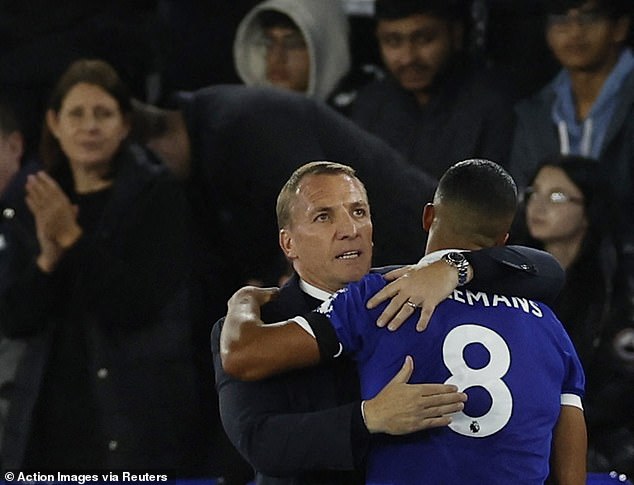 ‘They understand the difficulties and where I’m coming from. But they know they have total respect from me so I don’t need Top or anyone to sit me down. They trust I can do the job.’

Leicester face Bournemouth on Saturday looking to build on the optimism generated by the 4-0 win over Forest. Though they are still 19th in the table, Rodgers believes they are back on track.

He added: ‘There is a lot of work to do but after Tottenham (where Leicester lost 6-2) despite the scoreline I felt I had my team back. The mood change has been really good from the players’ perspective.’