Among this gaggle of parents gathered in Feltham, one man is shivering – caught cold by the darkening skies and plummeting temperatures.

On the other side of the fence, no such concerns. The girls here for Monday night football vary in height, age and loyalty — Tottenham, Chelsea, West Ham, even Real Madrid. All are warm enough, though, thanks to another evening of dribbling, shooting and shouting.

It’s a hive of activity in west London. Fitting, then, that several Brentford shirts buzz around the pitch, too. This is their patch and their brainchild.

She is queen bee in these parts. Lloyd once attended sessions like this but now she plays centre back for Brentford Women’s and paves the way for future generations.

It’s a big summer for Brentford men’s team with manager Thomas Frank preparing for life in the Premier League. And for the trust, as they emerge from the coronavirus crisis. Their task? ‘To try and get as many females involved in sport,’ says Lloyd. ‘To get them active, give them somewhere to go where they feel safe and have fun.’

This is one of 50+ weekly sessions, involving more than 1,000 locals — some as young as 18 months — across deprived areas in west London. Football, gymnastics, basketball, mentoring, education, even professional qualifications are on offer. All geared towards inspiring communities and breaking down barriers. 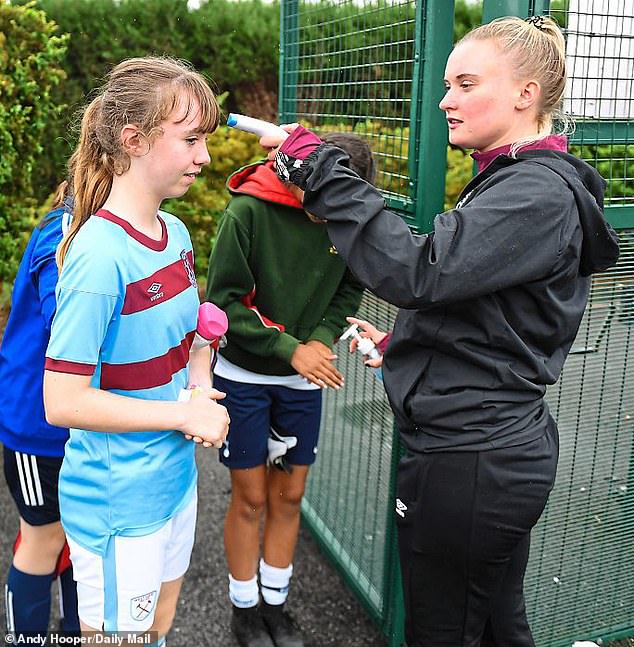 ‘When we founded the trust in 2005, previously it was a football-in-the-community programme,’ explains trust CEO Lee Doyle. ‘We looked, at that point, at being multi-sport and multi-skill.’

They now work with 100 schools but football remains their ‘backbone’. The girls programme began more than 15 years ago. The ‘Premier League Kicks’ sessions on this pitch started in September 2019.

Two of the girls, Sicilly and Lola, have been here from the start. ‘We both like football and we thought this was probably the best place to start,’ Sicilly says. ‘It’s all girls,’ Lola adds, ‘boys are rough.’

‘Bring a friend’ days have helped. So have free half-term camps. ‘In October 2020 we had over 80 girls,’ explains Lloyd. Another saw more than 100 registered.

Since last February, Brentford have received funding from the London Marathon Charitable Trust (LMCT) as part of London United — a community collaboration between 14 professional clubs in the capital.

‘Our targets every year are 250 girls for Premier League Kicks and then an additional 170 a year through LMCT. So a total of 420,’ Lloyd says. ‘This year, although we’ve hit a pandemic, we’ve actually got nearly 500.’ 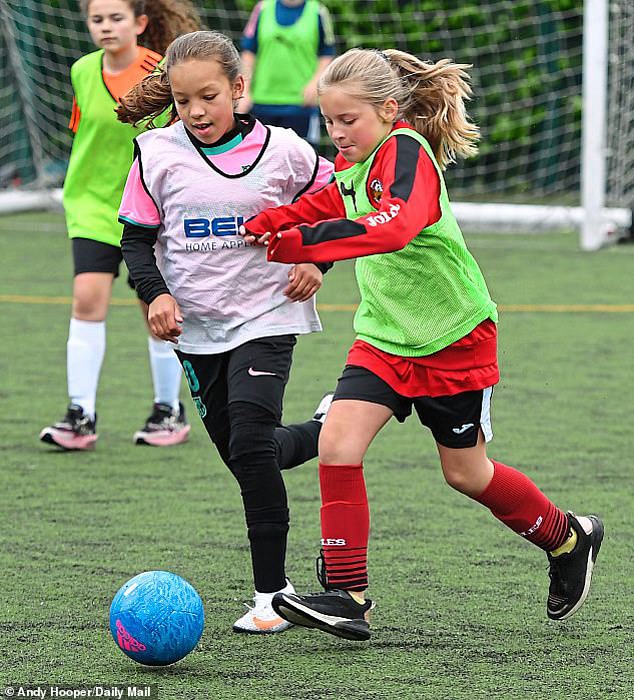 Until April, everything had been forced online.

‘Although it was a challenge, we were able to add more sessions and variety — we introduced gymnastics,’ adds Lloyd. Now that, too, is offered in person for free. ‘The club have made a real, overt statement about being the most inclusive club,’ says Doyle. ‘We have 100 staff working across that catchment area with over 6,000 sessions.’

Female numbers are rising, in part due to the measures taken to ensure they — and other under-represented groups — stay involved. They include free sanitary products, deaf-specific coaches, even help with homework. Football is the hook, Doyle explains. ‘But then whether it’s mentoring, careers, education, we can give that support too.’

Lloyd’s own journey, which began 11 years ago, illustrates how these strands can entwine. ‘I did work experience at 15 with the trust,’ she says. ‘Then I volunteered for a couple of years while I was doing my level one (coaching) qualification. When I got to 18, I was able to do an apprenticeship with Brentford where I did my level two. From there I’ve just worked my way up — junior sports coach, senior sports coach and now co-ordinating all the girls’ stuff.’

Among her aims? Form more girls’ teams and build links with existing clubs. One has already proven very useful. 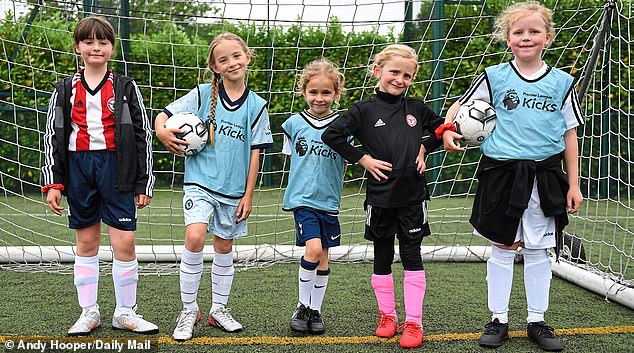 Brentford Women’s players such as Mollie Holmes have previously lent a hand. ‘We normally get them involved, doing little competitions (with the girls) like the crossbar challenge,’ says Lloyd. This year, an official from the Championship spoke about other avenues such as refereeing. ‘A lot of the Brentford Women are roughly my age — 25, 26,’ Lloyd adds. ‘We normally started football late because we didn’t have the opportunity when we were younger to be within a girls’ set-up.’

The idea is that with schemes like these, future generations will progress more rapidly.

These youngsters could soon be mascots at matches or play on the pitch at half-time. Next year, the Brentford Community Stadium will host matches during the Women’s Euros, with Doyle planning to use that platform for more recruitment.

‘My love for the game has always been there but if it wasn’t for (the trust), I don’t think I’d be where I am now,’ she says. ‘Being involved — coaching, helping young girls play and get to the level I am — that is why I’ve stayed.’

This year marks the 40th Anniversary of The London Marathon Charitable Trust, which has awarded more than £93million to Inspire Activity in London and across the UK.