A man who was told he would’t live past his mid-teens has defied all odds and married his former carer in a beautiful wedding ceremony.

Brenton Smith from Campbelltown, south-west of Sydney, was only two when he was diagnosed with Duchenne muscular dystrophy, a condition which causes muscles to deteriorate leading to difficulty with walking and mobility.

Despite suffering serious medical problems his entire life, Brenton, 26 married the love of his life Chrissie, 37, on Wednesday in a stunning wedding ceremony in front of close family and friends.

Brenton, 26 married the love of his life Chrissie, 37, on Wednesday in a stunning wedding ceremony in front of close family and friends 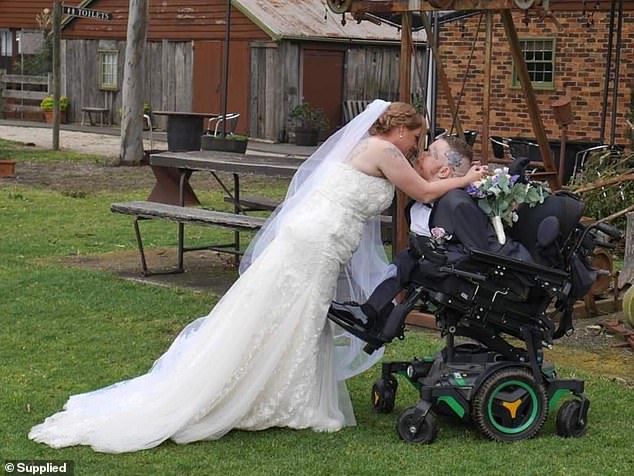 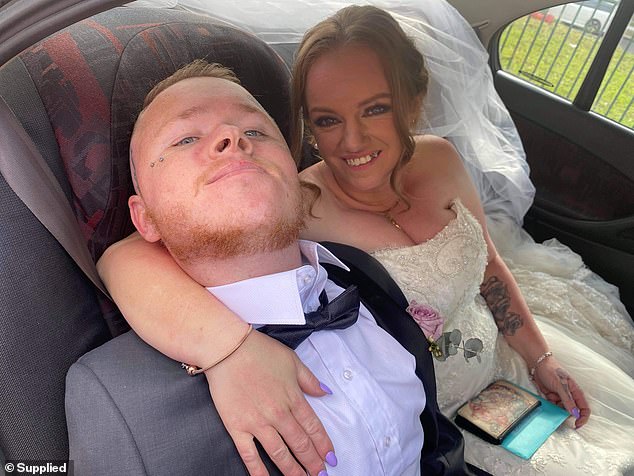 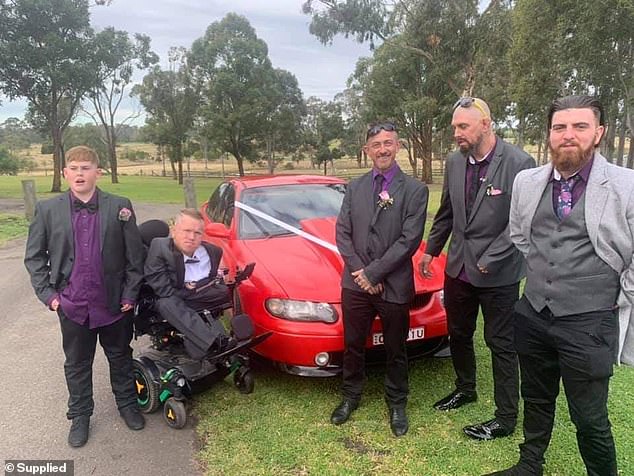 The pair met in 2018 when Chrissie was employed to care for Brenton who is unable to eat, dress and shower by himself.

They saw each other again at the beginning of last year and ‘hit it off’ before eventually falling in love.

‘She accepted Brenton the way he is and Brenton just fell over head over heels with her and so did she.’

Kylie, a single mother-of-four, explained she was a bit ‘stand offish’ toward Chrissie when they first met because she was ‘protective of Brenton’. 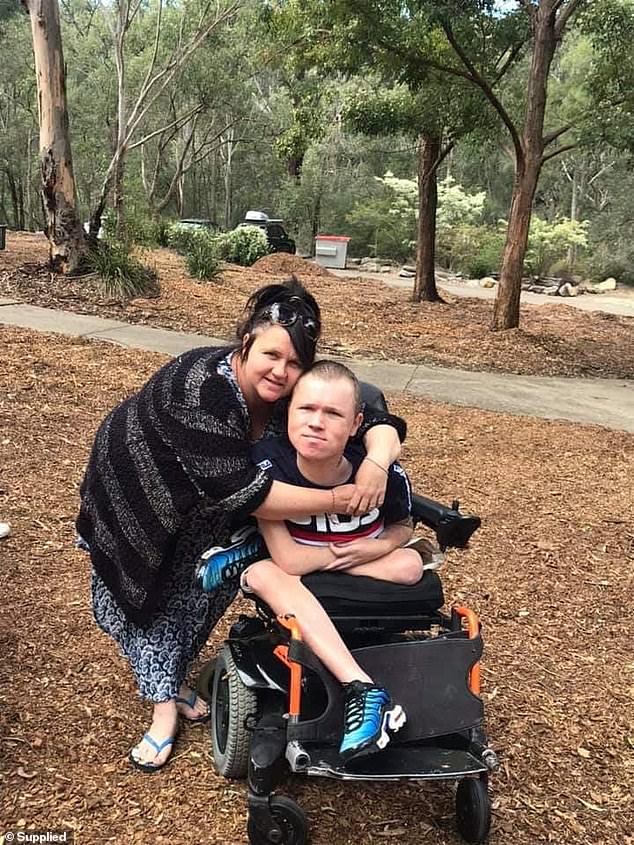 Kylie, Brenton’s mother (pictured), was excited to see her son get married on Wednesday 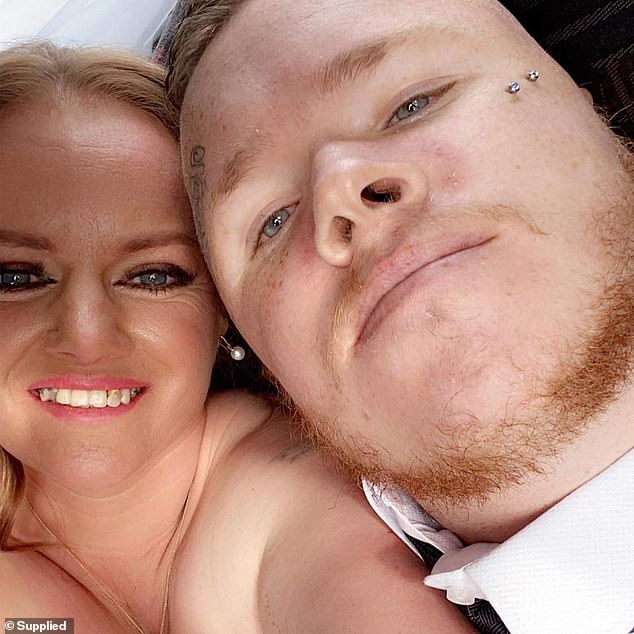 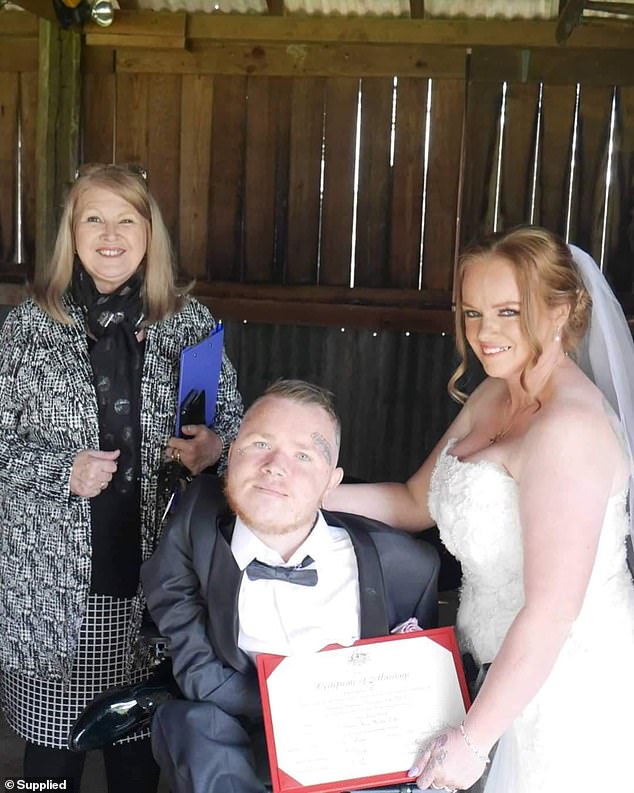 ‘I saw how beautiful and fantastic she was with him and how he was with her,’ she recalled.

Chrissie has acknowledged that it is hard work caring for Brenton but refuses to bring in carers telling Kylie: ‘He’s my husband and I love him. I don’t want any carers.’

Brenton’s heartbreaking diagnosis came when he was just two after Kylie noticed that he ‘wasn’t walking like other children’.

‘He couldn’t climb stairs really well, he was waddling and always falling over,’ Kylie said.

‘I didn’t think it was normal.’ 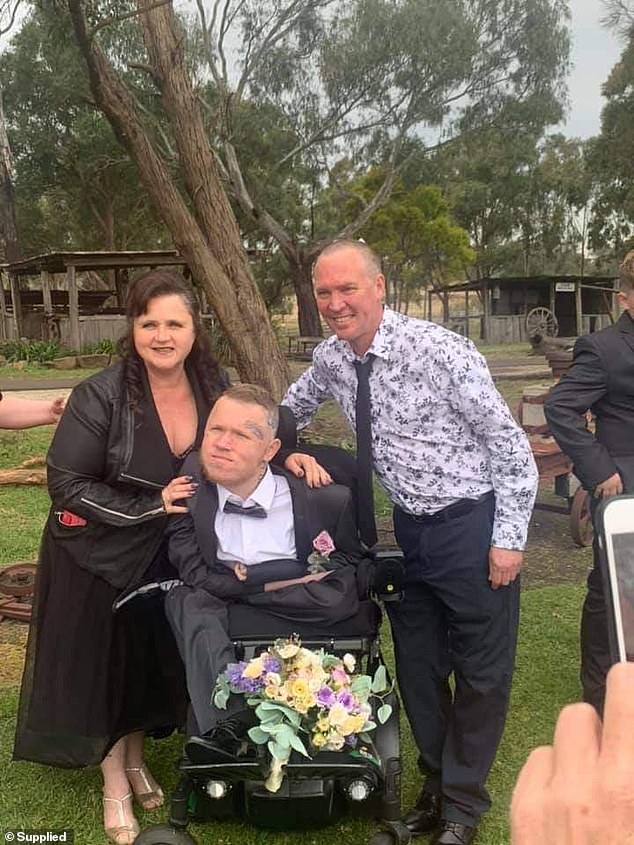 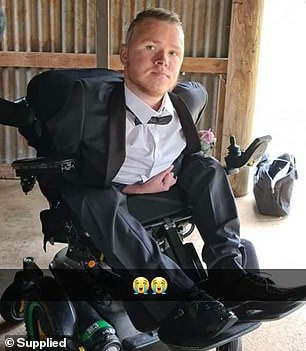 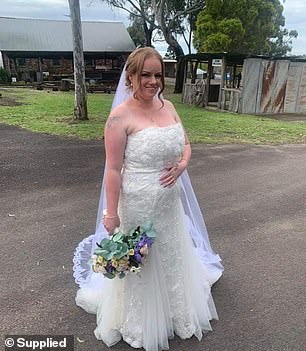 She took him to Westmead Children’s Hospital where he was diagnosed with Duchenne muscular dystrophy.

The family had a scare when Brenton was hospitalised at the Royal North Shore seven years ago due to a severe illness.

‘He was intubated three times because he was really sick, I saw them revive him once and it was traumatic,’ Kylie said.

‘They also placed a defibrillator in his chest for his heart which saved helped save him.’ 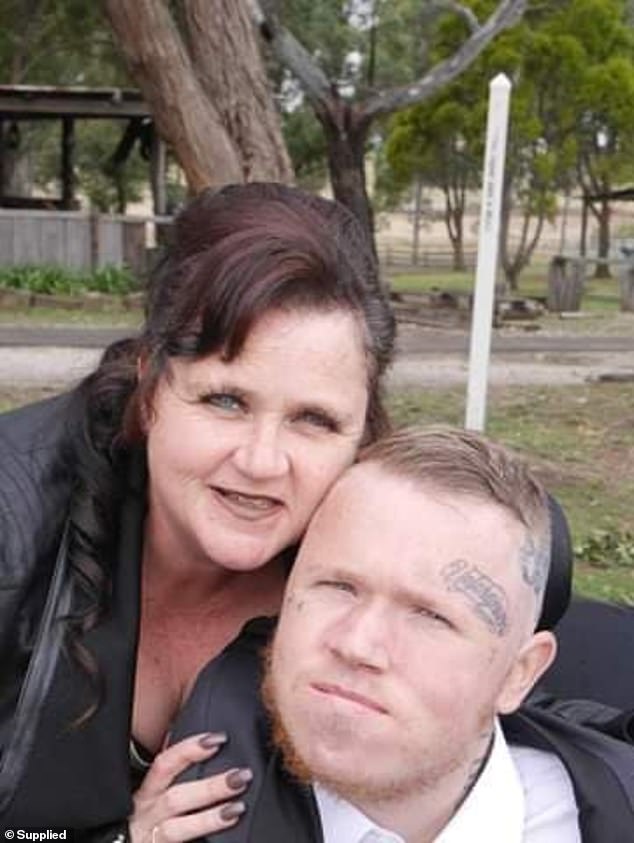 Kylie and her son Brenton 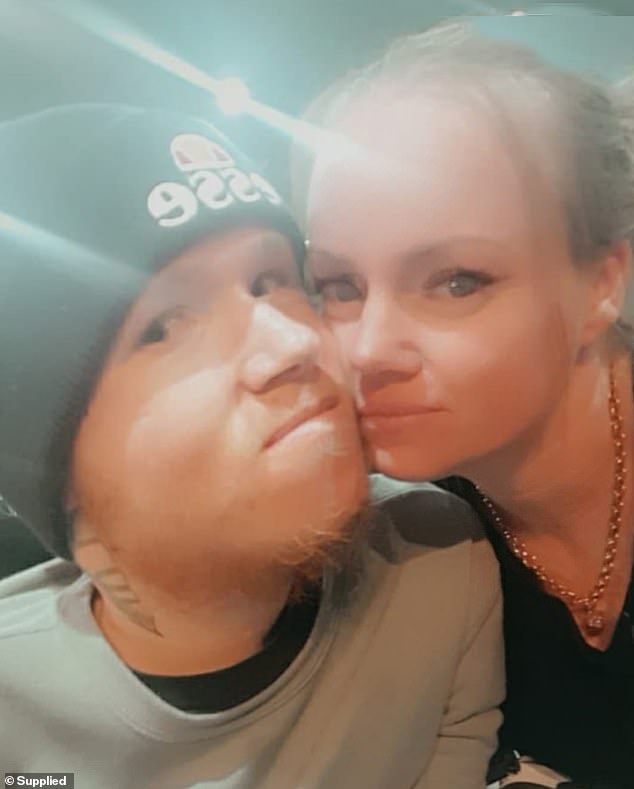 ‘Everyone is drawn to Brenton, everyone loves him, strangers come up to him, he’s just a beautiful soul, you’ll never meet anyone like Brenton,’ Kylie said (Brenton and Chrissie pictured)

Brenton remained in intensive care for four months and doctors told his mum that he would need a tracheostomy, an opening in the neck to help him breathe, or risk him dying if he were to be intubated again.

‘I told him it was his choice and he decided against it and he hasn’t been sick like that in eight years. I’ll forever be thankful for the staff at Royal North Shore.

‘Everyone is drawn to Brenton, everyone loves him, strangers come up to him, he’s just a beautiful soul, you’ll never meet anyone like Brenton.’

What is Duchenne muscular dystrophy

The DMD gene helps produce a protein called dystrophin, which is important for muscle strength, support and repair.

Signs and symptoms of DMD: