A brewery in Western Canada has apologized after it was learned that one of its brand name beer products used the Māori word for pubic hair.

The brewery picked the name because it understood the word meant ‘feather’ or ‘fur.’

But Te Hamua Nikora, a Māori living in New Zealand who is a well known former television personality in the country, said that the word ‘huruhuru’ also has an altogether different meaning for the Kiwi indigenous community.

The co-founder of a brewery in Western Canada has apologized after it was learned that a New Zealand craft ale sold by the company, Huruhuru, used the Māori word for ‘pubic hair’ 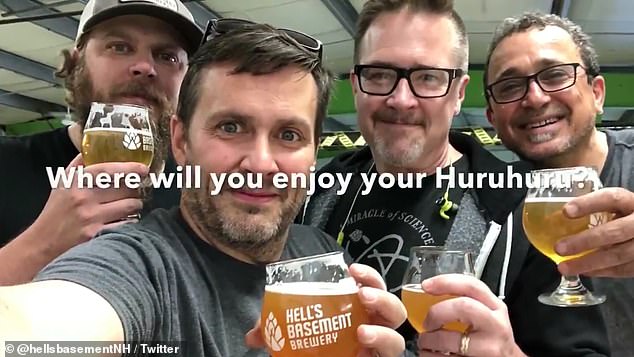 The brewers at Hell’s Basement Brewery in Medicine Hat, Alberta, initially thought that the beer’s name stood for ‘feather’ or ‘fur’ 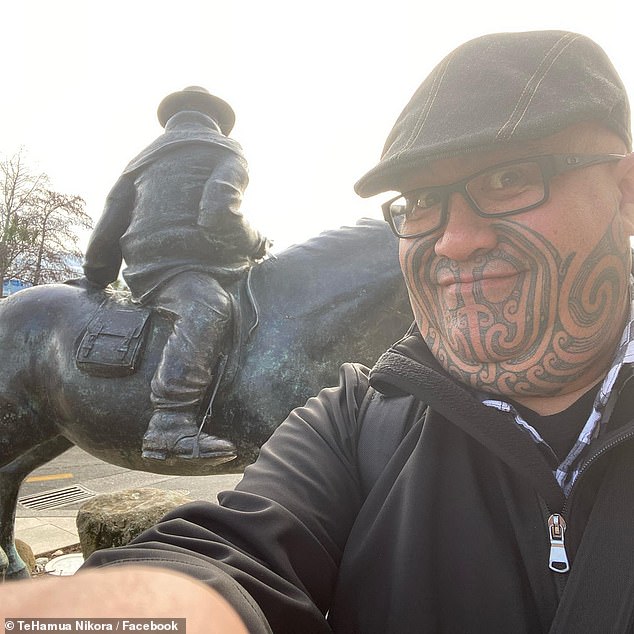 Te Hamua Nikora, a Māori living in New Zealand who is a well known former television personality in the country, wrote a Facebook post on August 1 in which he said that while ‘huruhuru’ does mean ‘feather,’ it is most commonly used to refer to ‘pubic hair’

‘Yes I know huruhuru means feather, fur and even hair of the head,’ he wrote in an August 1 Facebook post.

‘I know this. But it is most commonly used as hair from a person’s privates.’

Nikora called out the Canadian brewery as well as a leather shop in Wellington which also adopted the name ‘huruhuru.’

Both the Canadian brewers and the Turkish immigrant couple that runs the leather store in Wellington apologized after receiving backlash on social media, with users accusing them of ‘cultural appropriation.’

Mike Patriquin, the co-founder of Hell’s Basement, told RNZ that he was under the impression the term just meant feather and that he had no idea that it also referred to pubic hair.

Patriquin said he regrets not consulting with a Māori about the term. Instead, his company relied on an online dictionary when picking the name.

‘We did not realize the potential to offend through our artistic interpretation, and given the response we will attempt to do better in the future,’ Patriquin said.

‘We wish to make especially clear that it was not our intent to infringe upon, appropriate, or offend the Māori culture or people in any way; to those who feel disrespected, we apologize.

‘We also do not think pubic hair is shameful, though we admit it may not go well with beer.

‘We are all human after all!’

Māori make up around 17 percent of New Zealand’s 4.8 million population, but languish at the bottom of most social indicators, such as life expectancy, income, employment and educational attainment.