Boris Johnson will find out whether his decision to shut down Parliament for five weeks was legal tomorrow in what is set to be a pivotal day in the story of Brexit.

The Supreme Court revealed today that it will hand down its landmark judgement on the Prime Minister’s prorogation of Parliament at 10.30am on Tuesday.

The 11 justices will deliver their verdict on a series of cases questioning the Government’s motives for the shutdown.

The panel of judges in he highest court in the UK have been asked to rule on whether the Prime Minister’s advice to the Queen to prorogue Parliament until October 14 was unlawful.

Mr Johnson is currently in New York where he is to meet US President Donald Trump on Tuesday for talks at the United Nations General Assembly, where he will also meet key EU leaders. 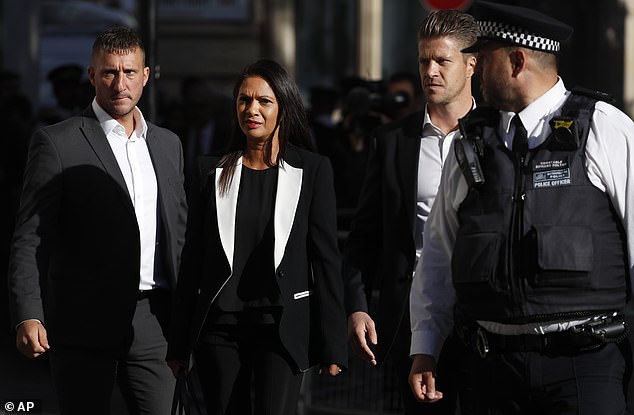 Remain campaigner Gina Miller, who brought one of the cases against the Government, arriving at the Supreme Court in London with bodyguards and police last week.

The Supreme Court judges, led by the court’s president Lady Hale, heard appeals over three days from September 17 arising out of legal challenges in England and Scotland – which produced different outcomes.

At the High Court in London, the Lord Chief Justice Lord Burnett and two other judges rejected a challenge against the Prime Minister’s prorogation move by campaigner and businesswoman Gina Miller.

But in Scotland, a cross-party group of MPs and peers won a ruling from the Inner House of the Court of Session that Mr Johnson’s prorogation decision was unlawful because it was ‘motivated by the improper purpose of stymieing Parliament’.

Mrs Miller’s barrister Lord Pannick QC, told the Supreme Court that Mr Johnson’s motive for an ‘exceptionally long’ prorogation was to ‘silence’ Parliament, and that his decision was an ‘unlawful abuse of power’.

But, Sir James Eadie QC argued on the Prime Minister’s behalf that the suggestion the prorogation was intended to ‘stymie’ Parliament ahead of Brexit was ‘untenable’. 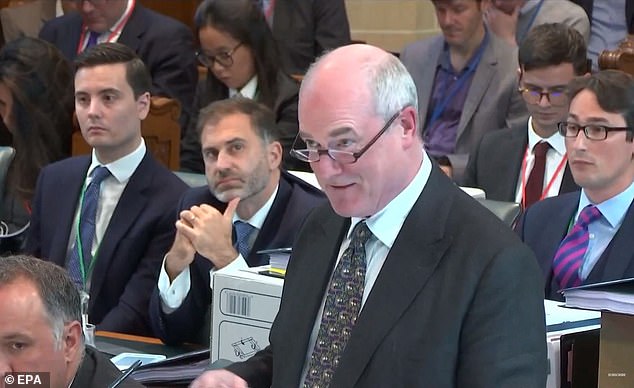 The Prime Minister advised the Queen on August 28 to prorogue Parliament for five weeks and it was suspended on September 9.

Mr Johnson claimed the five-week suspension was to allow the Government to set out a new legislative agenda in a Queen’s Speech when MPs return to Parliament on October 14.

But those who brought the legal challenges argued the prorogation was designed to prevent parliamentary scrutiny of the UK’s impending exit from the EU on October 31.

At the close of the unprecedented proceedings, Lady Hale said: ‘I must repeat that this case is not about when and on what terms the United Kingdom leaves the European Union.

‘The result of this case will not determine that.

‘We are solely concerned with the lawfulness of the Prime Minister’s decision to advise Her Majesty to prorogue Parliament on the dates in question.’