Uncertainty surrounding Brexit has crushed confidence in the housing market, the latest survey of estate agents up and down the country suggests.

Property prices growth remains subdued, buyer demand is slipping and the time it takes to complete a sale is on the up, the Royal Institution of Chartered Surveyors said.

The time it takes for a property sale to be completed has risen to 19 weeks, which is the highest it has been since figures were first recorded in February 2017.

Stumbling: Property prices are down, buyer demand is slipping and the time it takes to complete a sale is on the up

While respondents in London continue to report the steepest fall in house prices , ‘the already negative readings for the South East and East Anglia deteriorated a little further in the September figures’, the RICS’ survey said.

In its latest survey, the RICS’ house price balance fell to a four month low of -2 in September, while the outlook for prices in a year’s time slumped to the lowest since the Brexit vote of June 2016.

Official data by the Office for National Statistics for July showed prices up 3 per cent on the year compared to gains of around 8 per cent at the time of the referendum.

In terms of sales volumes covered in the RICS’ survey, the newly agreed sales net balance remained slightly negative across the UK, moving to -9 per cent from -13 per cent in the previous report.

The findings also show that new buyer enquiries were the weakest since March last month.

Last month, it was reported that Bank of England governor Mark Carney privately told ministers that mortgage rates could spiral and house prices fall by 35 per cent over three years in the event of a chaotic no-deal Brexit.

The Bank declined to comment on the remarks and whether Carney had been referring to extreme financial scenarios used for previous tests of UK banks’ financial health.

Carney himself did not address the reports in a public appearance on the day they appeared, but reiterated that the bank had tested banks against ‘very severe’ scenarios including ‘dramatic house price falls.’

Commenting on the latest RICS survey today, Simon Rubinsohn, chief economist at the RICS, said: ‘There are a number of themes running through the comments of respondents this month, but uncertainty relating to Brexit negotiations is at the very top of the list followed by references to the confidential remarks made by the Bank of England governor to the cabinet. All of this is, not surprisingly, taking its toll on the sales market.’

The survey added: ‘Respondents continue to cite the mixture of affordability constraints, a lack of stock, economic uncertainty and interest rate rises to be holding back activity to a certain degree’. 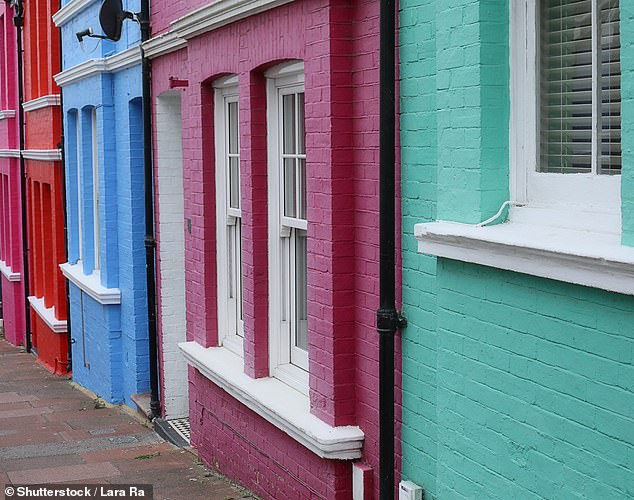 On the up: The time it takes for a property sale to be completed has risen to 19 weeks 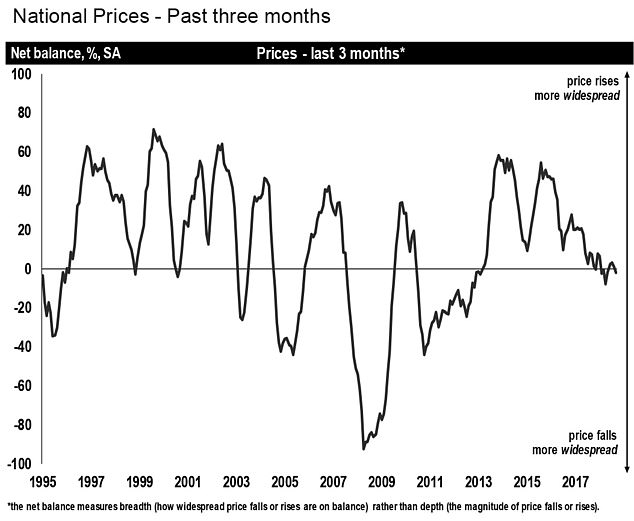 Prices: House price growth fluctuations in the UK since 1995

Commenting on the looming Brexit deadline, Simon Barker, a surveyor at the estate agency Knight Frank, said: ‘A no-deal Brexit will be a disaster for the property market.’

Jeremy Leaf, a north London estate agent and a former RICS residential chairman, said: ‘We have not seen the “autumn bounce-back” in the market that we were expecting, especially after such a quiet summer. It is interesting that activity remains fairly flat nationally, which means London is still in negative territory, turning the old north/south property divide on its head.

‘It is particularly disappointing that sellers seem reluctant to make their properties available in sufficient numbers, which would have improved choice and get the market moving in the period running up to Christmas. Our customers are still telling us that Brexit uncertainty is a factor in what has become a needs-driven market.’

While surveyor confidence in the housing market is waning, separate research published earlier this week revealed that even the cheapest homes are out of reach for four in ten young adults.

Around 40 per cent would not be able to buy one of the cheapest homes in their area even if they managed to save a 10 per cent deposit, according to the Institute for Fiscal Studies.

In 1996, over 90 per cent of 25- to 34-year-olds with a 10 per cent deposit would have been able to purchase a house in their area if they borrowed four-and-a-half times their salary. 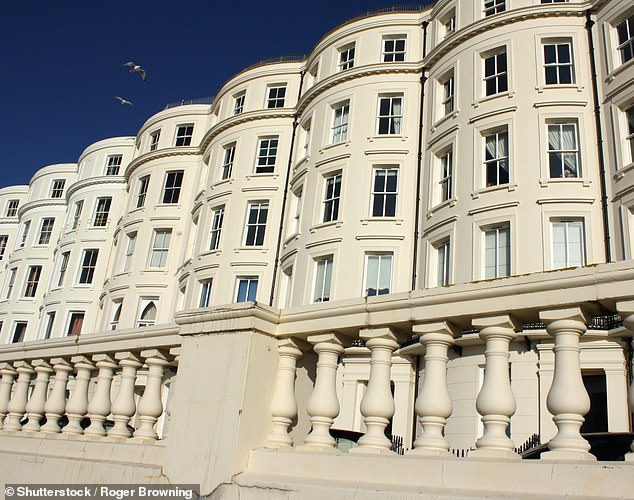 Weak interest: The findings show that new buyer enquiries were the weakest since March last month