The elves of Middle-earth would call it an almighty dagor. We might use the words brouhaha or rumpus. Either way, Tolkien, the new feature film about the man who wrote The Hobbit and The Lord of the Rings, has greatly antagonised the late author’s family, who have angrily declared that they do not endorse it in any way.

Watching Tolkien yesterday, it was hard to see what has so ruffled their feathers. Perhaps it is just the idea of someone else – the Walt Disney company, ultimately – profiting from the story of a man whose own stories spawned an industry worth billions.

Certainly, the film is entirely respectful towards JRR Tolkien, splendidly played in early adulthood by Nicholas Hoult. It is a likeable, enlightening picture, a bit anodyne in parts, rather clunky in others, but warm-hearted, well-meaning, and altogether better in my view than 2017’s Goodbye Christopher Robin, which attempted to do a similar job on Winnie-the-Pooh creator AA Milne.

The two films deserve comparison, because they both stress the influence of military service in World War One on their subjects’ creative juices. Who would ever have thought that Bilbo Baggins and Gandalf the Grey climbed out of the same rat-infested trenches as Piglet and Eeyore? But in a way, they did.

Tolkien opens on nightmarishly familiar images of the Somme, and then whisks us back in time to show us young Ronald’s eventful early childhood. His famous initials stood for John Ronald Reuel, and confusingly he appears to have been known to some as John and others as Ronald. It’s rather a relief when he gets to school and becomes ‘Tollers’.

Before that, the family has fallen on what his widowed mother calls ‘impecunious circumstances’ and moved from an idyllic rural cottage to a sooty Birmingham terrace. Finnish director Dome Karukoski is somewhat heavy-handed in his depiction of impecunious circumstances; we don’t quite see Ronald up-ending a bowl of gruel, but only because the camera has by now switched to Mrs Tolkien, dead in her chair. 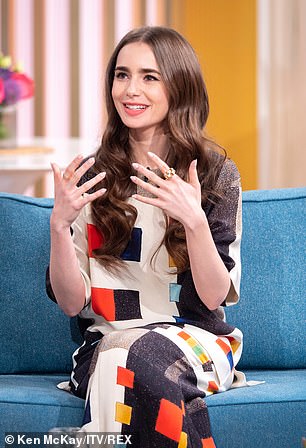 So Ronald (played at this stage by Harry Gilby) enters his teens as an orphan. But his mother has not only filled his head with inspiring tales of dragons and derring-do, she has also left him and his younger brother in the charge of a guardian, a kindly Catholic priest (Colm Meaney).

With his help, the boys are re-homed in a kind of middle-class orphanage owned by a pompous matron (Pam Ferris), where Ronald falls for a fellow-resident called Edith Bratt. As played by Lily Collins, also excellent, she becomes the love of his life.

The film explores their burgeoning relationship, and her influence on him, but also dwells on his coterie of schoolfriends, with whom Ronald forms a club, indeed a fellowship, devoted to ‘changing the world through the power of art’.

In case that sounds a bit prissy, we also see them playing rugger. At any rate, they too influence him greatly, and he becomes especially attached to one of them, aspiring poet Geoffrey Bache Smith (Anthony Boyle).

Later, in one of the flits back and forth to the Somme, we see him and Geoffrey endlessly calling each other’s name on the battlefield, in a scene that is meant to be deeply poignant, though the cynics among you will wonder whether they shouldn’t be attempting to kill Germans rather than trying to locate each other like Leonardo DiCaprio and Kate Winslet in the briny at the end of Titanic. 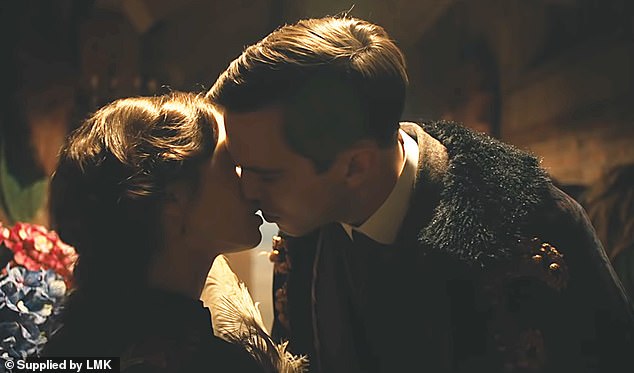 BRIAN VINER: Tolkien, for all its relatively minor deficiencies, is above all a spirited romance (Nicholas Holt and Lily Collins are pictured in the new film)

Never mind. Tolkien, for all its relatively minor deficiencies, is above all a spirited romance. It tells the story of his powerful love for Edith, and for his friends, but perhaps most of all for language. He invented several of his own, after all, and the most enjoyable part of the film covers his time as an undergraduate at Oxford, where he is mentored by a venerable professor of Middle English, sweetly played by Derek Jacobi.

Aptly, for a biopic of perhaps the mightiest of all fantasy writers, Tolkien is nicely written, by Stephen Beresford – who scripted the hugely engaging 2014 film Pride – and David Gleeson. It no doubt takes plenty of dramatic licence, but the characterisation of the great man hardly justifies the family getting into such an orme – an elven word which I think can be loosely translated, though scholars may wish to correct me, as a strop.