Rising Damp’s Rigsby, the world’s most mean-spirited landlord, really ought to brace himself.

Even Porridge’s Norman Stanley Fletcher, still doing time in Slade Prison, would be well-advised to keep his head down.

For there is a new scourge at large of classic television and enduringly wonderful fictional characters, and it is called Ofcom.

The broadcasting watchdog did not bat a regulatory eyelid when ITV2’s Love Island reality show showed a couple conspicuously having sex two years ago before the watershed, nor raised a single objection when Channel 4 launched a series called Naked Attraction, a nude dating show which is an exercise in voyeurism masquerading as education.

But it has just ruled against a specialist digital channel, Talking Pictures TV, following a single complaint about one three-letter word, now correctly considered racist, during its transmission of A Family At War, which first ran on ITV from 1970 to 1972.

Sarah Cronin-Stanley, who started the channel with her husband and father three years ago and today has two million viewers, has conceded that the word is offensive. However, she argued that it needed to be considered in context, as a reflection of British attitudes during World War II.

Ofcom was unsympathetic, finding the channel to be in breach of the broadcasting code and summoning it to ‘discuss its approach’, broadcasting’s equivalent of being called to see the headmaster and told to pull your socks up. And thus a brilliant TV drama from the early Seventies, which starred a young John Nettles, becomes the latest victim of establishment angst, as regulators crank up their increasingly ludicrous efforts to censor our collective memories.

The hypocrisy is spellbinding, the sanctimony outrageous. And like all bullies, Ofcom picks the easiest targets.

While titanic lewdness and profanity continue unabated in BBC1’s Mrs Brown’s Boys and on countless primetime panel shows, an obscure digital channel is hauled over the coals for one word contained in one script written almost half a century ago.

The offending episode portrays the British Army in North Africa in 1942, and a white soldier, ordering drinks from an Egyptian waiter, quipping: ‘And how’s the war going for you, Ahmed, you thieving old ***?’

As it happens, the unpleasant soldier is then upbraided by a colleague for his language, but that evidently did not satisfy Ofcom, which could not see past the word. 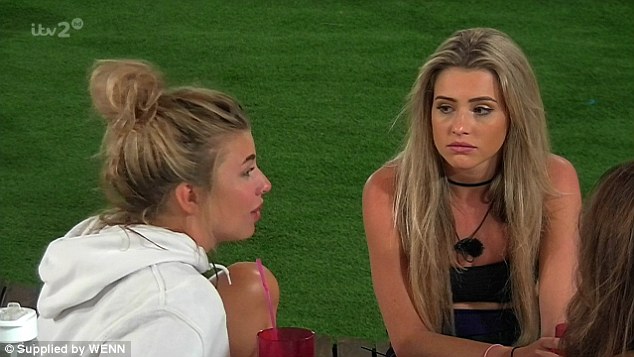 It is not a word that would find its way into a TV drama today, and rightly so. It is derogatory, demeaning, vicious and nasty.

But surely we’re meant to learn from the past, not censor it.

If modern sensibilities about race, gender, mental health and sexuality are to be applied retrospectively to TV programmes, then what is to stop the regulator from pouncing on the hapless Spencer in Some Mothers Do ’Ave ’Em, on the pugnacious Garnett in Till Death Us Do Part, on the incorrigible Rigsby from Rising Damp, on the irrepressible Fletch in Porridge?

Or, for that matter, on the entire cast of every Carry On film ever made?

They were all guilty of attitudes, or prey to mishaps, that could be construed as deeply offensive today by those whose job it is to find deep offence.

Frank Spencer plays for laughs on being mentally and emotionally retarded. Alf Garnett’s racism is a running theme as he talks of ‘bloody foreigners’ — although arguably, because of the programme’s mocking portrayal of his bigotry, it helped race relations as opposed to harming them.

Rigsby in Rising Damp regularly makes racist remarks to his black lodger, while in Porridge Scottish prison officer Mr Mackay is called ‘Jock’ and there were racist and homophobic jokes about black and gay inmates.

Yet to censor those shows would be to rob us of some of the greatest comic creations in TV history.

Some of them have even transcended comedy to become cultural landmarks. The parliamentary record Hansard, for instance, is full of references to MPs joking about Frank Spencer and Some Mothers Do ’Ave ’Em. They are still evocative synonyms for abject haplessness and hence rather useful in political debate.

Where will it end, this continual pandering to those who find victims everywhere, currently being fostered in the febrile atmosphere of the MeToo campaign against sexual harassment? 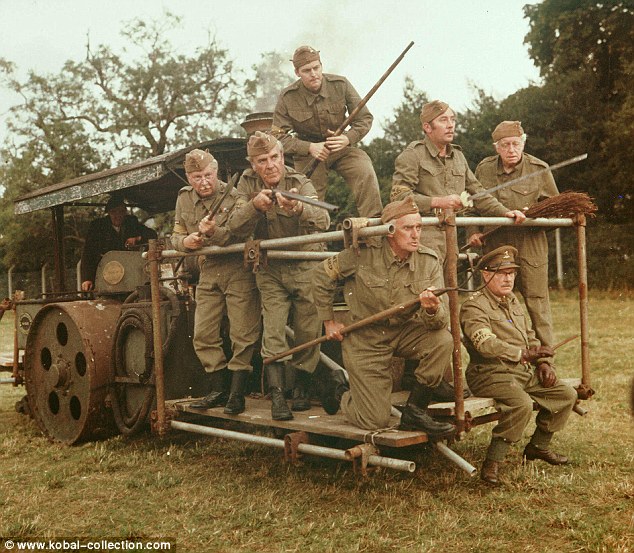 Another classic sitcom, Dad’s Army, has already been criticised for featuring very few female characters. Pictured is the cast

It is perhaps only a matter of time before someone notices that there is no racial diversity, either, in the Walmington-on-Sea Home Guard.

At least Private Frazer was Scottish. Moreover, what Ofcom is too myopic to realise is that the market — and viewers’ common sense and decency — also works.

Quality should be the only justification for repeating dramas and comedies from the Sixties and Seventies. Shows such as Love Thy Neighbour and Mind Your Language, which were over-reliant on crude racism and sexism, have not stood the test of time.

On the other hand, it’s perhaps worth remembering that another programme which has been cast into modern-day purdah, The Benny Hill Show, contained plenty of genuinely fine comic writing.

Speaking of myopia, I still cherish the memory of Hill’s short-sighted continuity announcer squinting at his autocue and saying, ‘Leyton Orient beat Hawaii 5-nil,’ before correcting himself: ‘No, sorry, later on it’s Hawaii Five-O.’

I suppose even that would now be deemed likely to offend somebody, somewhere.

Sarah Cronin-Stanley, responding to the telling-off by Ofcom, has argued that to censor classic TV is to treat mature viewers like children.

The regulator has insisted that her channel needs to warn viewers beforehand if the programme they are about to watch contains ‘outdated racial stereotyping’ but this, she says, would mean ‘babysitting’ her audience.

Hear, hear. Surely, the viewing public, not an anonymous body of morality police, should be the arbiters of what is and isn’t acceptable. 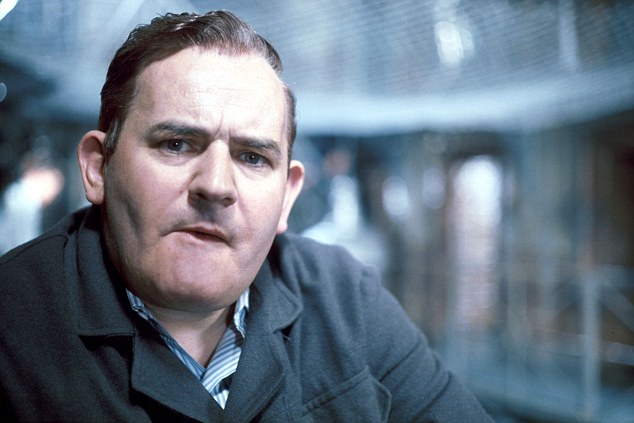 After all, we are always free to complain, as indeed one person did about A Family At War.

But we don’t need to be spoon-fed, especially when, as in the case of Ofcom, it’s a self-important nanny populated by metropolitan types that is holding the spoon.

Ofcom is nothing if not metropolitan. Set up by the Blair government in 2003, from 2006 its chief executive was Ed Richards, a Labour apparatchik whose main qualification was that he had been an adviser to Tony Blair.

Ofcom’s Left-liberal thinking perhaps explains its obsession with political correctness as well as its easy-going attitude to sex and crudity on TV.

Whatever the case, scores of viewers of Cronin-Stanley’s channel responded with alarm to Ofcom’s heavy-handedness over Family At War.

‘The response has been unbelievable,’ she said yesterday. ‘I have had 200 calls since this morning just from viewers showing their support, saying: “What can I do?” ’

The point is, she said, that anybody watching her channel knows the programmes to be nostalgic. ‘If you’re watching films from the Fifties, Sixties or Seventies they will show attitudes which were relevant then.’ 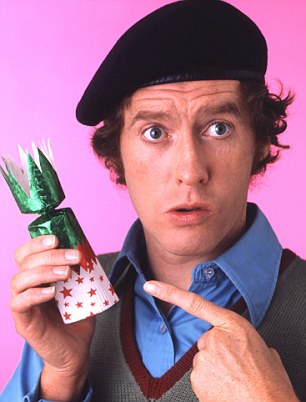 Michael Crawford as Frank Spencer from Some Mothers Do Have ‘Em

She added that the company has no wish to offend its viewers and does censor the material it shows. ‘When we really know someone would be offended, we do censor programmes. There have been various ones where the ‘N’ word we have taken out.’

That classic 1955 movie The Dam Busters still hasn’t been re-made, even though the project was announced, by director Peter Jackson, more than a decade ago.

But a new script has apparently changed one all-important letter in the name of Wing Commander Guy Gibson’s black Labrador-retriever, making it Digger.

That is entirely right and proper, a tweak which gains in decorum what it loses in historical accuracy.

But when we watch the repeats of the original film, do we really need the name to be edited out, as it sometimes is?

Can we not be trusted to work out for ourselves that times have changed and that it’s not a name that would be given to a dog today?

As so often, the only thing that needs to prevail here is common sense.

Fat chance of that, either.

Above all, it needs to stop worrying about programmes made years ago, and become far more vigilant about what gets transmitted now and its power to offend.

Why should an elderly viewer in Hampshire, let’s say, who might wince at the sight of genitalia or repeated use of that revolting word ‘mother******’, be treated with any less respect by the regulator than a young viewer in metropolitan Hammersmith who is outraged by something perceived as sexist?

It is indefensible. And yet it happens all the time.