The roaring success and enduring pleasures of Disney’s 1994 animation The Lion King, not to mention the stage musical which is still raking in millions, might make you wonder why they should bother with a live-action remake.

To make more millions, is the short answer.

Yet by the time the breathtaking Circle Of Life sequence has opened Jon Favreau’s exhilarating new film, as hordes of African animals converge on Pride Rock to pay homage to their newly-born future sovereign, any cynicism should have melted like a snowman on the savannah. 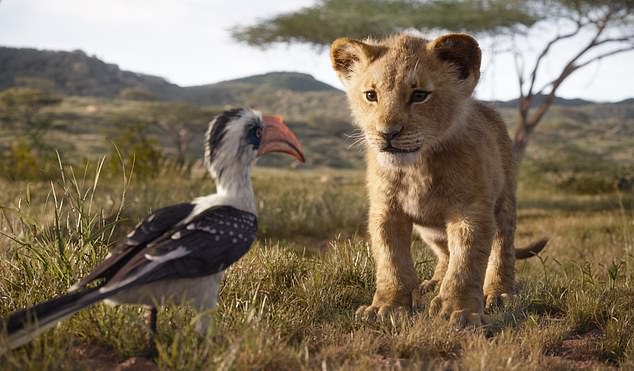 A roaring success: Brian Viner has reviewed the Lion King remake and given it four stars 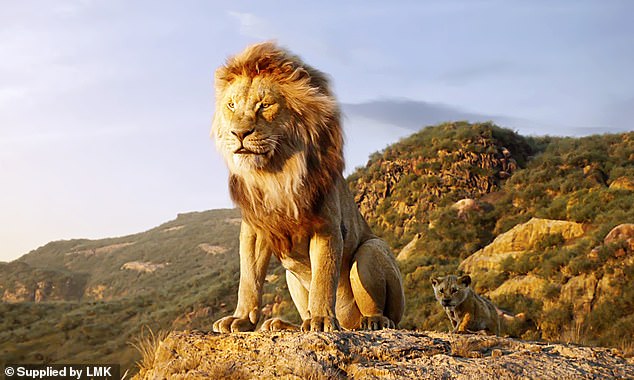 Pride of the pack: Two lions pictured on a rock in the stunning live-action movie

Favreau’s earlier hit version of The Jungle Book (2016), along with Kenneth Branagh’s Cinderella (2015) and 2017’s Beauty And The Beast, have already shown that Disney can recycle its own classics not just lucratively, but also with great pizzazz.

The Lion King, however, might just be the best remake yet, like a Disney film orchestrated by David Attenborough.

My own children, now all grown up, sat devotedly in front of the original so many times that they’ll need to be persuaded that a live-action Scar (uncle of Simba, the lion cub born to be king) can be as villainous as the animated version voiced by Jeremy Irons. Or that the smelly meerkat-warthog double-act Timon and Pumbaa can be as funny.

But I can’t wait for them to see this. It’s beautifully done, and a wonderful platform for some of the best of all Disney songs – written and composed by the more fragrant double-act of Tim Rice and Elton John.

For those unfamiliar with the story, it’s one Shakespeare could have written, and in Hamlet, more or less did. 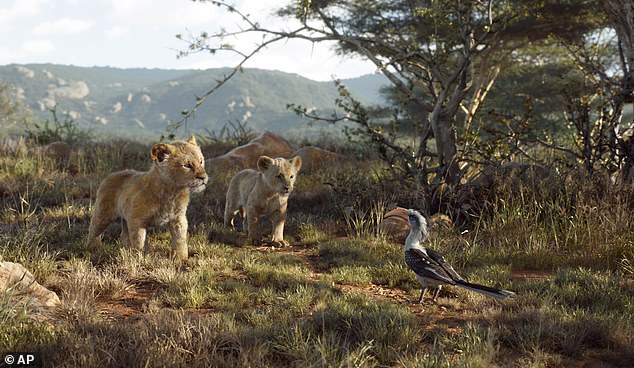 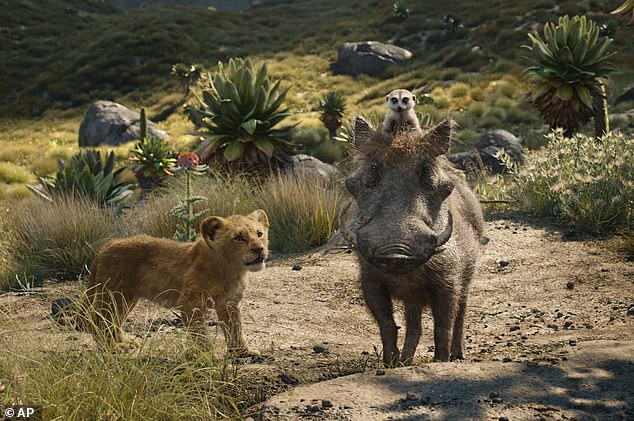 Hakuna matata: Timon and Pumbaa pictured with Simba in a scene from the Disney remake

Simba (voiced in young adulthood by Donald Glover) is the leonine prince of the Pride Lands, son of mighty Mufasa (James Earl Jones, reprising his role from last time). But Mufasa is murdered by his treacherous brother Scar (Chiwetel Ejiofor), who hoodwinks Simba into taking the blame.

Simba then escapes Scar’s attempt to kill him but goes into exile, befriending Pumbaa (Seth Rogen) and Timon (Billy Eichner), before being reunited with his childhood friend and future queen, Nala (Beyonce).

With her encouragement, and guided by the voice of his dead father, Simba returns to the Pride Lands, deposes the despotic Scar, and takes up his rightful role as king.

The wizardry of Disney’s bells-and-whistles department at times has to be seen to be believed, as staggeringly realistic computer-animated animals talk, sing, wrestle and stampede.

Zazu, the pompous hornbill voiced 25 years ago by Rowan Atkinson and now by John Oliver, the British comedian better-known in the US than he is here, is especially well rendered. 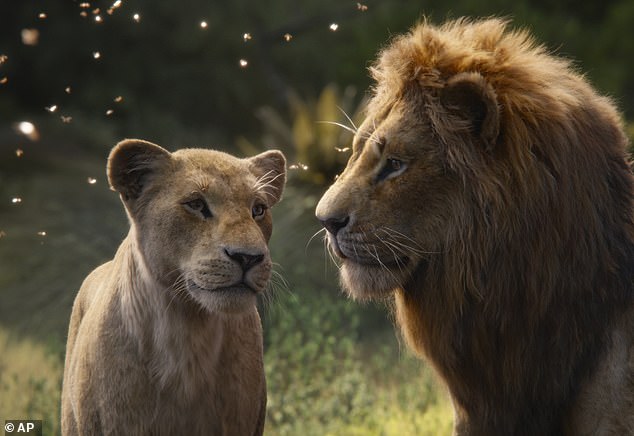 Can you feel the love tonight?: Grown up Simba and Nala, who is voiced by Beyonce, in the film 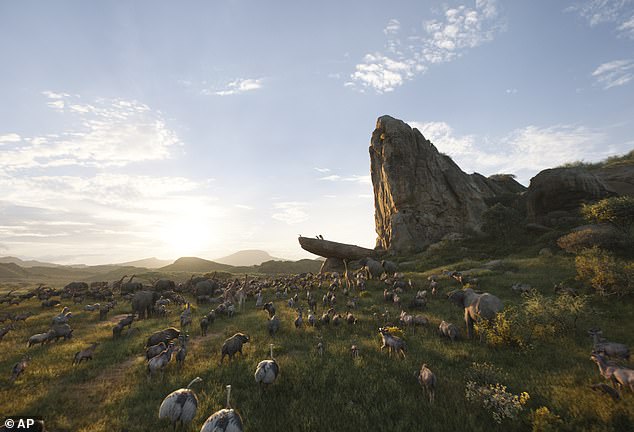 Circle of Life: Stunning image of all the animals on the Savannah heading to Pride rock

Many scenes and much of the dialogue exactly replicate the 1994 animation, though fans of the original might mildly object to a few changes, such as the flatulent warthog’s use of the F-word (no, not that one, the one that rhymes with ‘heart’) which in the first film was wryly avoided.

Moreover, Favreau has not reproduced one of the most powerful sequences from his first version of The Lion King, the unmistakable image, that might have been lifted from Nazi Germany or modern-day North Korea, of a loyal army of hyenas goose-stepping past Scar.

In truth, there are other areas in which this version doesn’t quite measure up. Traditional animation made the animals’ faces more expressive than they are here, and splendid as the voice cast is, Ejiofor can’t match Irons for fruity, baritone menace.

So if I had to choose, I would probably favour the original. But there is still a huge amount to cherish, including a hilarious rendition of Hakuna Matata, the glorious song Timon and Pumbaa introduce to Simba to help him forget his worries, not to mention Beyonce belting out Can You Feel The Love Tonight.

It might also be that the twin themes of responsible and irresponsible leadership are even more in tune with our times than they were back in 1994.

Still, irresistible as comparisons are, maybe in the end they’re pointless.

This is a terrific film in its own right, and fully deserves to be lionised. It will surely be a huge hit.