Bride and groom spend first night together behind bars

A bride and groom in Canada spent their first night of marital bliss behind bars after their wedding party turns into a bar brawl.

The wild husband and wife fisticuffs erupted at Denizen Hall in downtown Edmonton only 15 minutes after the party arrived at the drinking establishment, according to eyewitnesses.

‘I’ve seen bar fights, but it was pretty different to see this lady in a wedding gown right in the thick of it,’ said eyewitness Ryan Bychowski, 34, of Edmonton, Canada about the Saturday night melee to Inside Edition.

I do…. not want to get arrested. A bride in Canada is placed in handcuffs after her wedding party turns into a brawl at a drinking establishment 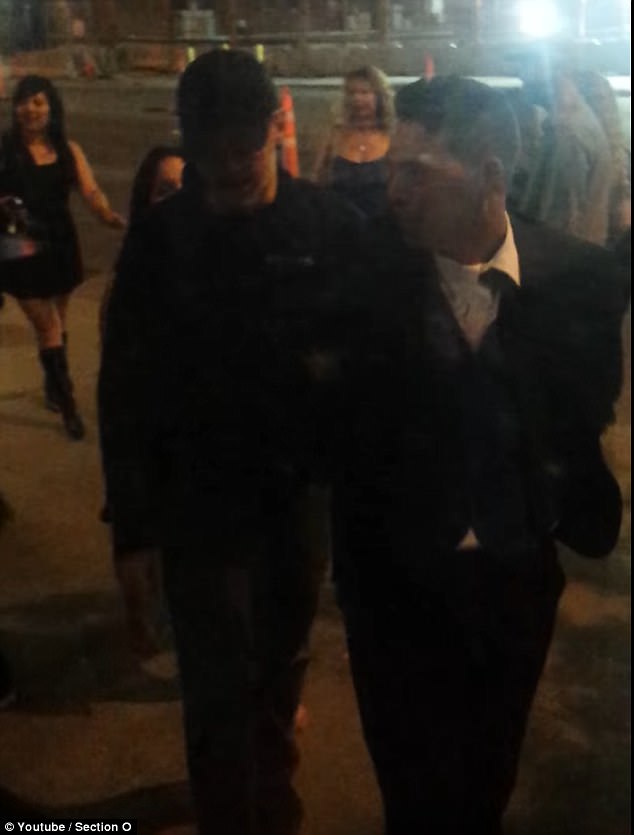 Till jail do us part. The groom is put in cuffs by Edmonton Police, one eyewitness says he reached for on of the bartenders shortly after their party arrived

The bride may have had limousine transportation earlier in the day, however her evening ride was a bit different as she’s walked to a paddy wagon

‘This is not exactly the kind of place you’d expect a wedding party to show up,’ Bychowski said. ‘You could tell they’ve been at it all day. A few of them were pretty drunk.’

Bar patron Matthew Machado, 30, said he saw the doors of Denizen Hall explode open with people pouring out into the streets to continue the fight.

‘It was just absolutely ridiculous and absolutely absurd’ Machado told the Toronto Sun.

‘The bride is just swinging and the melee ends up on the sidewalk,’ said another witness to the Toronto Sun.

‘I couldn’t tell what was going on except you see a bunch of people in tuxedos piled up,’ Bychowski said to Inside Edition.

‘I could see security staff all over the place and there’s this bride in the middle of it, swinging and jumping on people.’ 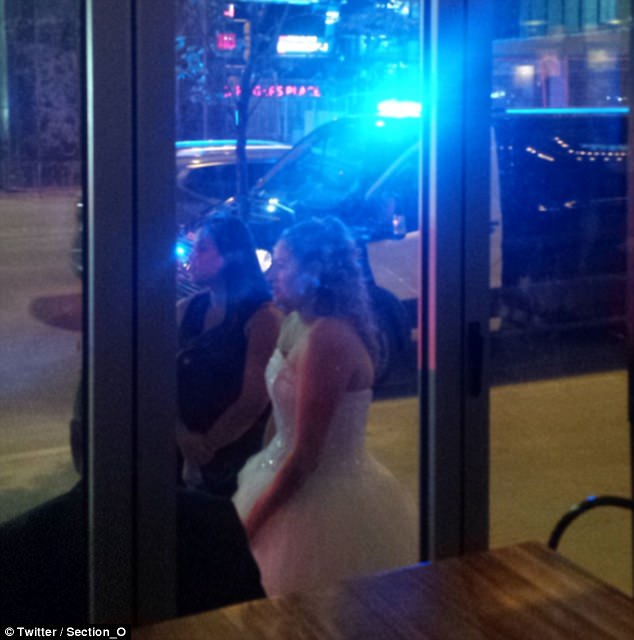 One for the wedding album. An Edmonton Police vehicle’s lights flash in the background of the waiting bride 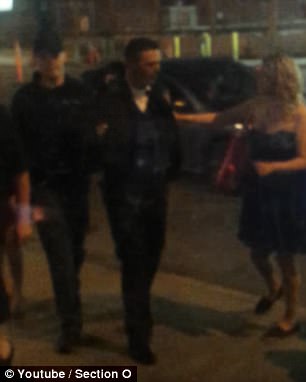 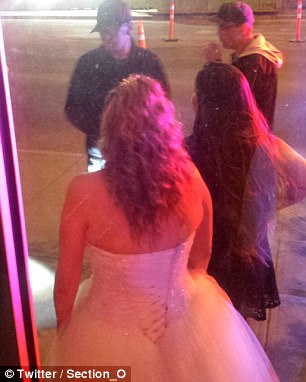 Machado said he saw the groom reach for the bartender, and a man in the groom’s party punch a window.

In the video an eyewitness can be heard discussing the timeline for the fight.

A voice is heard saying ‘You know what’s funny, they were only here for 15 minutes’ as they watch the bride put in cuffs.