Bride, 26, who fleeced her bosses out of thousands of dollars to fund her lavish wedding won’t face any more jail time because she is heavily pregnant

A pregnant convicted fraudster who stole thousands from her childcare centre employers to fund a lavish wedding will not have to give birth in prison.

Claudia Gelonese fronted the ACT Supreme Court on Tuesday where prosecutors agreed to suspend the remainder of her sentence, according to News Corp.

The 26-year-old, who is now seven months pregnant, was released on bail in February, after serving one month, after lodging an appeal against her ‘harsh’ seven month fraud sentence.

Prosecutors on Tuesday agreed to suspending her sentence with time already served after her appeal hearing was delayed because of coronavirus.

If she was put back in jail, her September due date would have arrived with her in a cell. 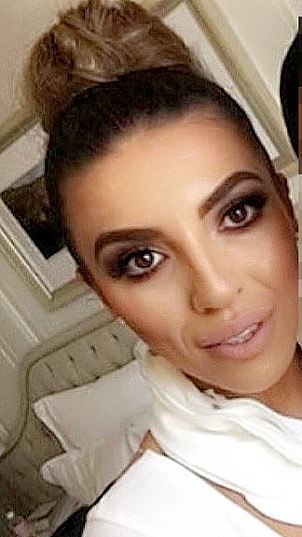 ‘[The prosecution] has taken what I consider to be an approach that is characterised by its practicality, reasonableness and fairness.’ Justice Michael Elkaim said.

He said as a result of COVID-19 delaying cases and ‘unsatisfactory’ result would have emerged by sending Gelonese back to prison.

Gelonese was accompanied to her court appearance on Tuesday by a throng of supporters including her Instagram influencer sister.

Despite her sentence being changed, she will still be forced to pay back more then $7,000 she stole from her former employer, Bright Bees Early Learning Centre.

She obtained the money by giving parents her personal bank details instead of the centre’s.

She used that money to fund her dream wedding on Sydney Harbour complete with Rolls Royces and a reception party at Luna Park.

The court heard she also borrowed $10,000 from Bright Bees Early Learning Centre owner Amresh Kumar after she claimed she ‘urgently needed’ the cash.

The family owned childcare centre is reportedly now struggling financially after the loan and fraud.

At her previous court appearance she refused to comment to waiting media and tried to shield her face from cameras when confronted by crews outside the court.

‘Leave me alone. Goodness,’ she was quoted as saying by the Canberra Times.

In January, Gelonese wept in court after she pleaded guilty to two counts of obtaining financial advantage by deception and one count of breaching a good behaviour order.

Gelonese also used a work credit card to pay for a shopping spree on Etsy and to hire a graphic designer to make her wedding invitations.

A victim impact statement from her former boss Mr Kumar revealed the centre faced scrutiny from regulators under Gelonese’s watch.

The centre was warned for breaching industry regulators, and Mr Kumar said Gelonese’s record keeping could have had safety implications.

‘She was so concerned by taking money … she wasn’t focusing on the job and was putting children at risk,’ he said. 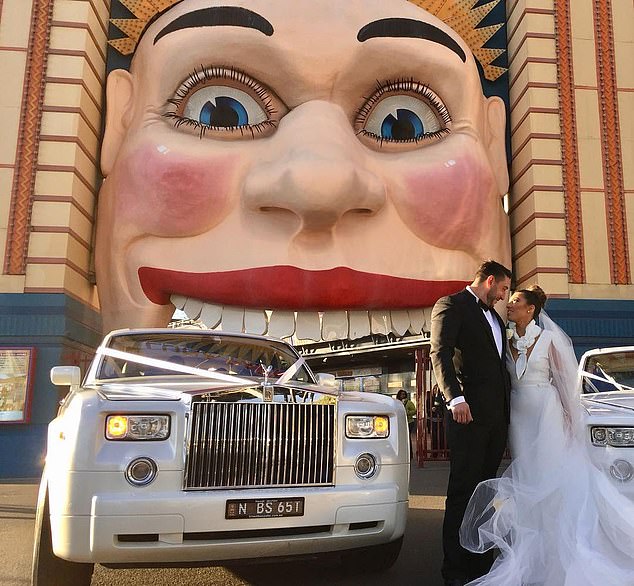