Bridesmaid, 17, who was ‘forced to drink alcohol’ is dead

A 17-year-old bridesmaid in China has died after getting seriously drunk during a good friend’s wedding.

Her heartbroken family claimed that she had been forced to down alcohol by wedding guests and this was the cause of her death, according to a TV report.

The teenage, surnamed Zhong, was found dead in her hotel room after collapsing at the banquet hall.

Bridesmaid, Zhong, is not feeling well on her friend’s wedding banquet in a hotel in China 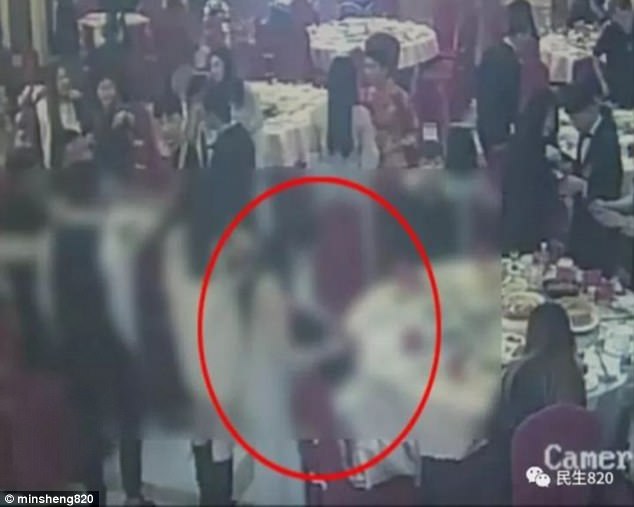 Zhong’s friends, including the bride, told Meizhou Television Station that they believed she had died from suffocation. They claimed drunk Zhong had passed out in her bed on her stomach.

The local television station has released the CCTV footage, which captured how Zhong fainted at the wedding and how her friends carried her back to her hotel room.

Zhong’s family told the reporter that the wedding took place on the afternoon of January 23. They also claimed that they were notified some five hours after the girl had died. 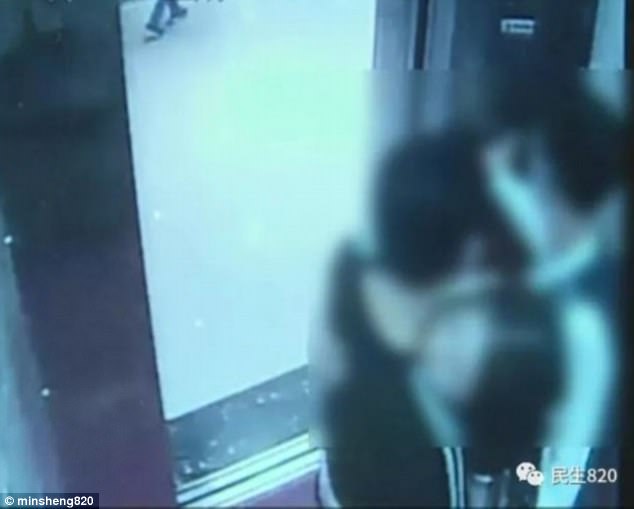 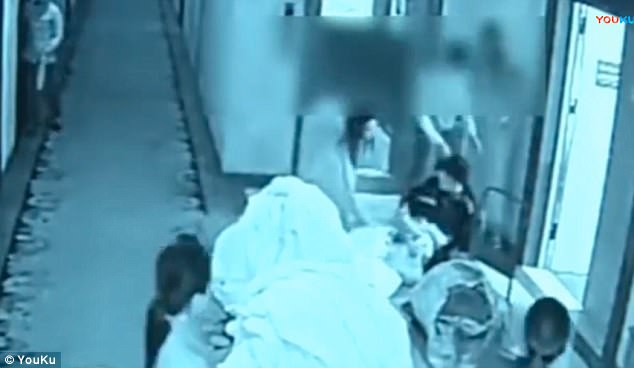 Zhong falls down again once she steps out from the lift, at least one person can be seen falling

The clip at the hotel showed Zhong sitting down in the hall as her friends were patting on her shoulder.

Later, she fell on the floor and had to be carried by her friends.

She was taken to a hotel room to rest by two men and two women, who were groomsmen and bridesmaids.

From another footage on the hotel room floor, Zhong can be seen collapsing by the lift door.

The four people, who were all under 18 years old, told the reporter that they were not aware of anything suspicious when she fell down.

‘We asked her if she was okay and she replied us she was fine,’ said one of the groomsmen.

The group claimed they fell asleep after putting Zhong to bed face-down. It was not until the groom’s family members asked the hotel staff to open the door when they noticed Zhong was lifeless.

The 17-year-old Zhong was pronounced dead by paramedics at the scene.

Zhong’s aunt rushed to the hotel when she received the news of her niece’s death at around 7pm. 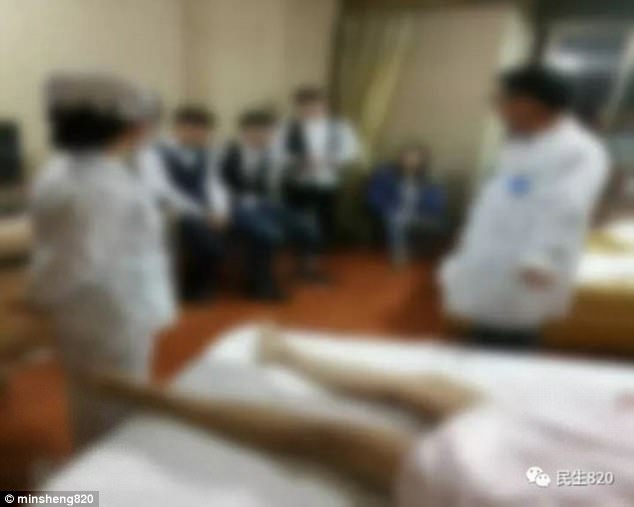 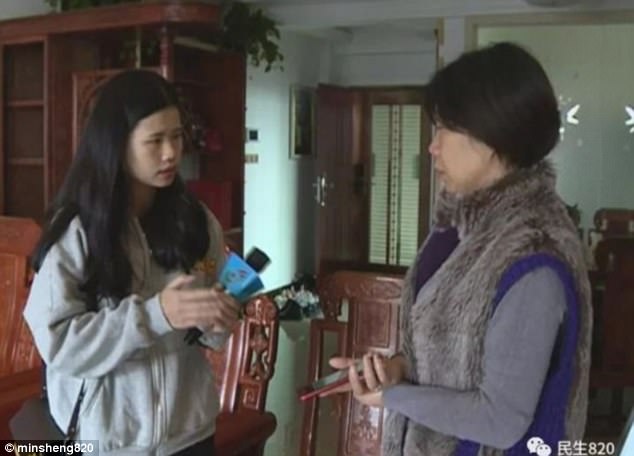 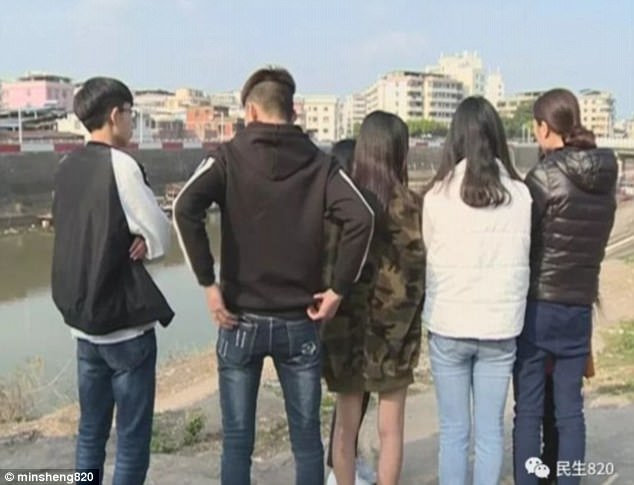 The bride, right, and four other friends that was in the room with Zhong, are regretful on this

She filmed the moment when she walked into the room, showing four people sitting at the corner and one on the floor. Zhong can be seen lying on the bed.

The aunt told Meizhou Television that she believed the cause of Zhong’s death was related to alcohol overdose, forced by the bridesmaids and groomsmen on the wedding.

She accused the people in the hotel room had not been looking after Zhong.

The four people who took Zhong into the room claimed that they had all fallen sleep as they were all ‘drunk and not knowing what they had done’.

One of them believed that the way Zhong was put to bed could have suffocated her, whilst another said they did not take good care of her.

The bride was in disbelief when she heard of the news of Zhong.

‘I saw her drinking apple vinegar at the beginning and she said she is good at drinking. No one force her to drink, we don’t have any drinking games, it is all with meatballs and eggs,’ she told the reporter.

The police are investigating the case and are yet to confirm the cause of Zhong’s death.