Concerns over the distribution of $100million in sports grants were reportedly raised by staff inside Bridget McKenzie’s office, more than a year before an audit criticising the scheme was tabled.

Ms McKenzie has been under pressure to resign from her frontbench position since a report found the Coalition used the funding to target marginal seats in the lead up to the 2019 federal election.

The deputy Nationals leader – who until last May was Minister for Sport – gave 73 per cent of the money to projects that had not been approved by Sport Australia, which assessed applications on merit.

Among the organisations awarded grants under the program was a shooting club Ms McKenzie was herself a member of.

Sky News reports one of Ms McKenzie’s former staffers raised concerns on how the money was being distributed in late-2018, predicting it could result in a ‘scandal’. 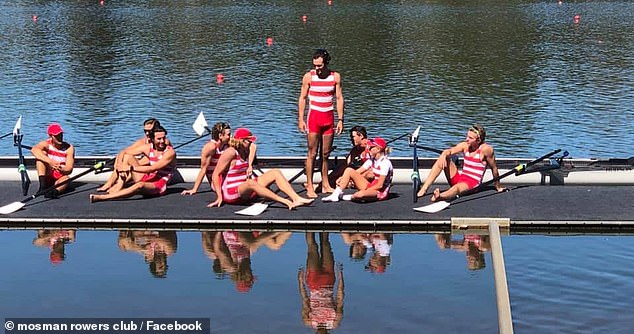 ‘A former member of Bridget McKenzie’s staff told me that in late-2018 they went to see Bridget McKenzie’s then Chief of Staff to warn about concerns they had about the way the program was being administered and that a scandal could occur out of it,’ Andrew Clennell told Sky News.

The initial recommendation by Ms McKenzie’s department were to give 24 per cent of the money to sporting organisations in Labor-held seats.

But Ms McKenzie eventually increased this to 36 per cent, a move the former staffer claimed was done simply ‘to cover our a***s’.

‘It was (only) after warnings from this and other staffers… an attempt (was made) to make it appear like the grants program was being administered in an appropriate way,’ Mr Clennell said.

The accusations come after revelations Ms McKenzie splurged $2million on a house in the exclusive Melbourne suburb of Middle Park, despite being the deputy leader of The National Party. 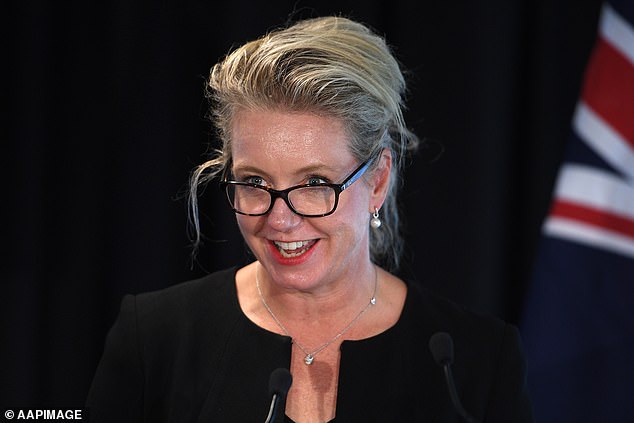 Ms McKenzie’s department initially planned to give just 24 per cent of the money to clubs from Labor seats, but reportedly increased that to 36 per cent in an effort to ‘cover their a***s’ 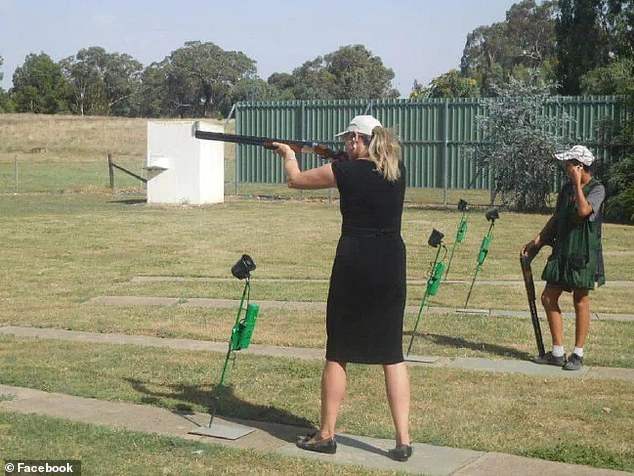 Causing particular outrage was $500,000 awarded to the Mosman Rowing Club and $36,000 to the Wangaratta Clay Target Club, of which Ms McKenzie (pictured) is a member

McKenzie’s critics dubbed her the ‘Senator for Elwood’ – an inner Melbourne suburb – because she lived in the city rather than the bush, which is National party heartland.

According to her parliamentary register, her Elwood home is an investment property she rents out.

Her office said she lives in Wodonga, a town on the Victorian side of the border with New South Wales, 300 kilometres from Melbourne.

Ms McKenzie’s future remains up in the air, with continued calls for her resignation.

The Auditor General’s report found almost three-quarters of projects approved to be given grants did not meet Sport Australia’s merit threshold.

Causing particular outrage was $500,000 awarded to the Mosman Rowing Club and $36,000 to the Wangaratta Clay Target Club, of which Ms McKenzie is a member. 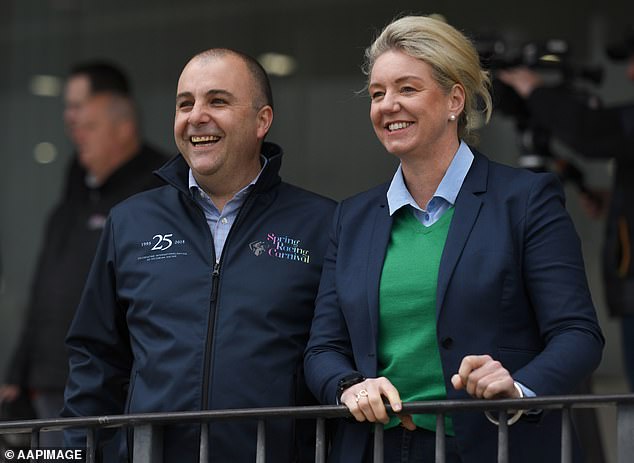 McKenzie’s critics dubbed her the ‘Senator for Elwood’ – an inner Melbourne suburb – because she actually lived in the city rather than the bush, which the Nationals party touts. Pictured with Paul Bloodworth, Racing Victoria General Manager 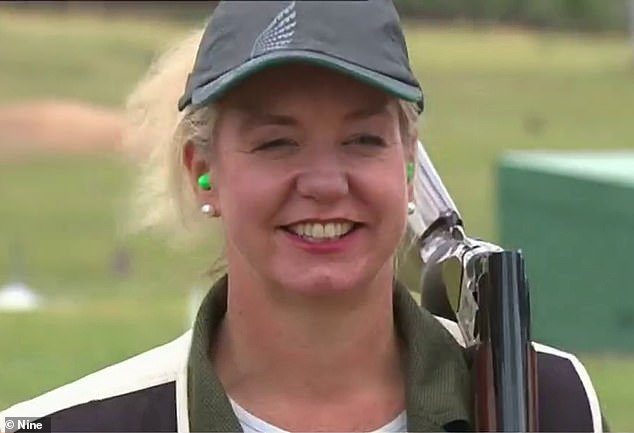 Senator McKenzie had previously come under fire for using $1,000 of taxpayer money to visit rural Victoria when she was a backbencher in 2015 and also for charging taxpayers $19,942 in 2018 to fly directly from Queensland to Melbourne to see an ice hockey game

‘Bridget McKenzie must resign – and if she won’t, Scott Morrison must sack her,’ he said.

Senator McKenzie had previously come under fire for using $1,000 of taxpayer money to visit rural Victoria when she was a backbencher in 2015.

She claimed $374 from the public purse on August 13, 2014 for overnight accommodation in Melbourne to attend a parliamentary hearing.

The next day she purchased a one-bedroom unit at Elwood, in Melbourne’s bayside south-east, for $335,000, sparking claims she was really in the city to house hunt.

She didn’t declare her new Melbourne investment apartment on her pecuniary interest register until November 2014, three months after buying the unit.

She also charged taxpayers $19,942 in May 2018 so she could fly direct from Rockhampton, in central Queensland, to Melbourne to see an ice hockey game and meet with the Australian Sports Commission board.

TIMELINE OF THE SPORTS GRANT SCANDAL

A member of Ms McKenzie’s staff warns her that targeting Coalition seats with $100 million in sports grants could lead to a ‘scandal’. In an effort to ‘cover their a***s’, her department increases the funding to sporting clubs in Labor-held seats from 24 per cent to 36 per cent.

Auditor-general report released into $100 million Community Sport Infrastructure Program. Two main conclusions: ‘the award of grant funding was not informed by an appropriate assessment process and sound advice; the successful applications were not those that had been assessed as the most meritorious in terms of the published program guidelines’.

Former sports minister Bridget McKenzie says no rules were broken. ‘The reality was there were many hundreds of meritorious projects that we just didn’t have the funding available for,’ she said.

Labor says Ms McKenzie, who is now in cabinet as agriculture minister, should be sacked or resign

Prime Minister Scott Morrison refers issue to his department chief, but does not make this publicly known

Minor parties say they will back a Senate inquiry into the matter, when parliament resumes on February 4

Media reports say Ms McKenzie was a member of a gun club which received a grant. The membership was not declared by the minister. Her office says the membership was a gift and did not need declaring.