She’s the star of the first female-led flick from the Marvel Cinematic Universe.

And on Friday, Brie Larson couldn’t hide her joy as she ran to greet co-star Jude Law on the Los Angeles set of Captain Marvel.

The Academy-Award winning actress looked ever the superhero as she celebrated Jude’s first day of shooting. 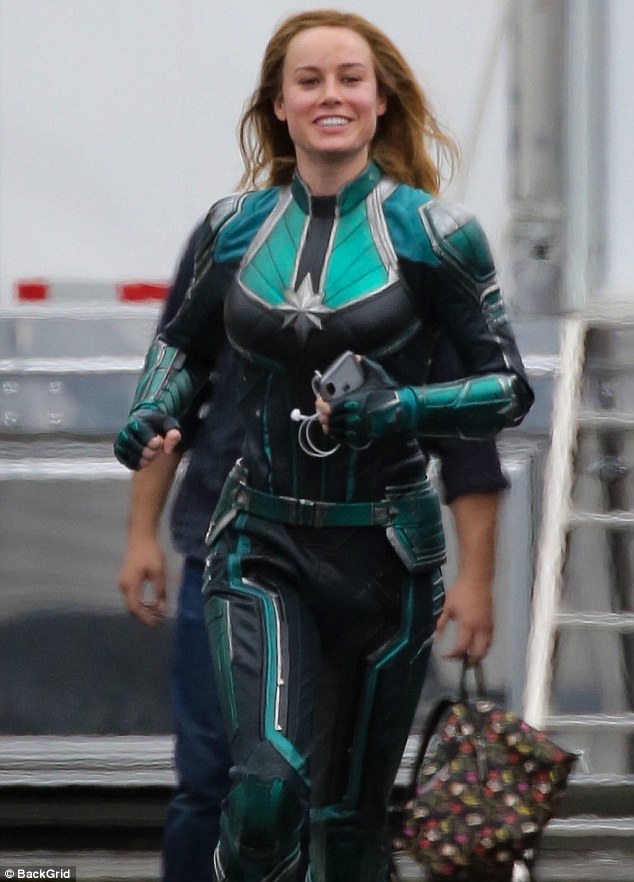 Superhero ready: The Academy-Award winner looked like the perfect superhero in a skin-tight emerald green suit with matching shin and wrist guards

The 28-year-old actress was clad in a skin-tight emerald green suit that featured black leather panels and a silver star across the chest.

She donned matching shin and wrist guards, with a thick belt around her waistline that showed off her impeccable figure.

The starlet was also sporting a chic shoulder-length hairdo that accentuated her light brown hair. 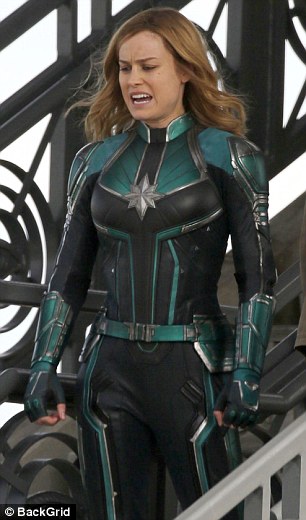 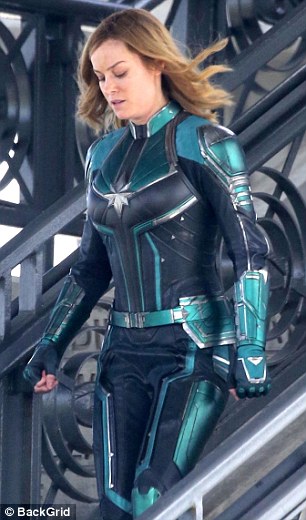 Action-packed: The starlet was spotted running up and down the stairs on the film’s set on Tuesday

On the receiving end of Brie’s enthusiasm, Jude also looked excited to start work on the much-anticipated film, directed by Anna Boden and Ryan Fleck.

The actor, who will be playing the role of Mar-vell in the film, was comfortably dressed in an over-sized black jacket and tennis shoes.

But underneath, the Hollywood star revealed what looked like scrubs, which goes hand-in-hand with Captain Marvel’s storyline, as Mar-vells human guise is Dr. Walter Lawson.

The black top-and-pants with a blue trim indicate that the film’s adaptation might not be straying too far from the comics.

Brie and Jude reportedly had an awkward encounter right before their animated encounter. 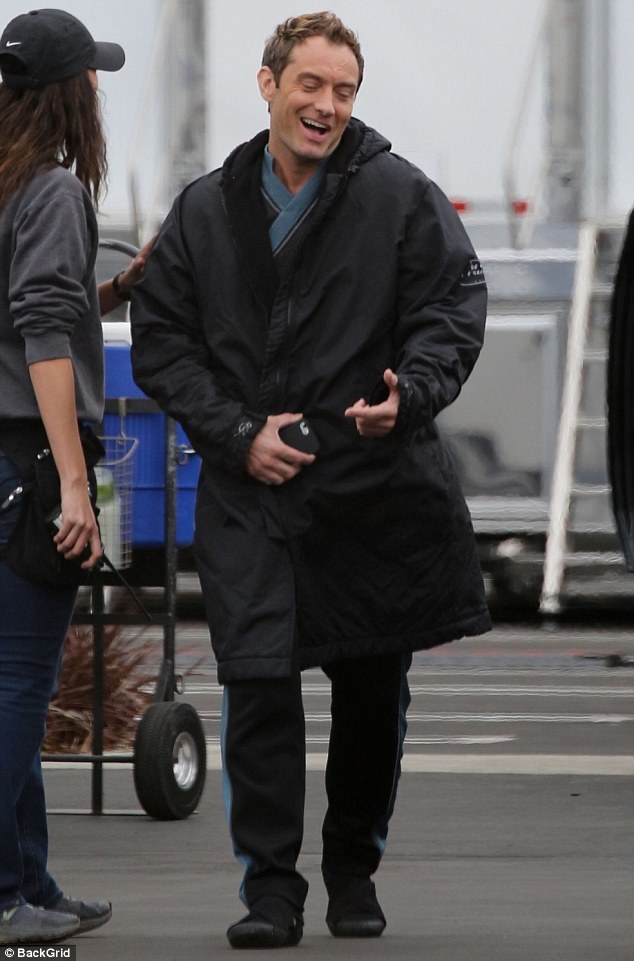 Enthusiastic: Jude Law looked excited on his first day on the set. The actor will portray Mar- Vell in the movie.

Jude tried to say hello to the actress, but after not hearing him, she walked away.  Brie quickly realized her mistake and that’s when she ran back towards the star.

Brie was seen Tuesday on the Los Angeles set, running up and down stairs in what appeared to be an action-packed sequence.

The Room actress stars as Carol Danvers and her crime fighting alter-ego Captain Marvel in the film, due out in March 2019.

The story follows Air Force pilot Carol whose DNA is fused with that of an alien in an accident, giving her super strength, energy projection and flight powers.

All other details about the upcoming film are being kept under wraps, but it was revealed at the San Diego Comic Con that the film will take place in the 90s, before the events of the Avengers movies. 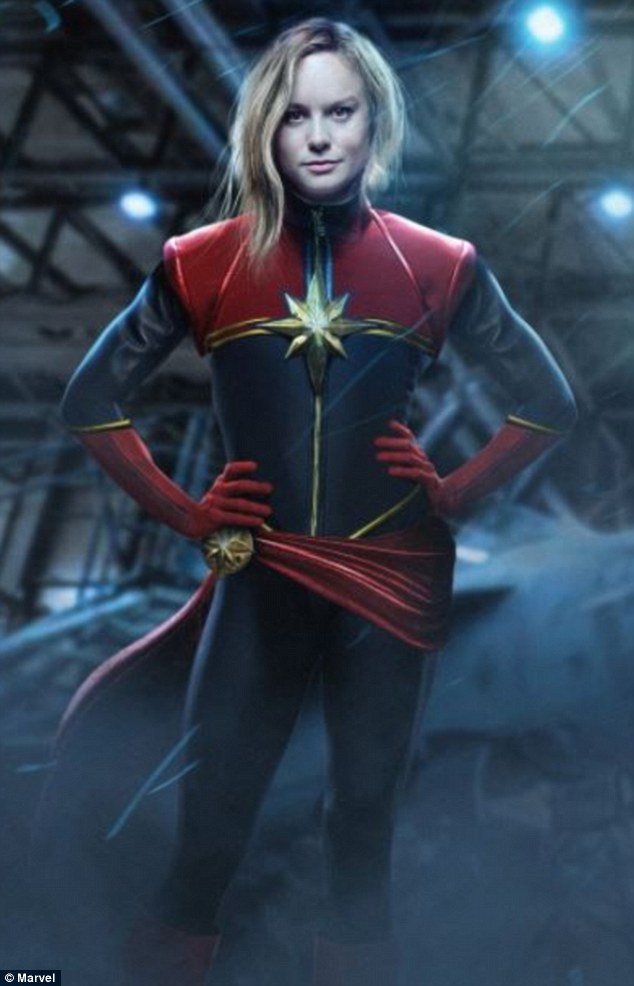 Coming to theaters: A lot of the details have been kept under wraps, but the film due out in March 2019, takes place in the 90s (before the Avengers movies)