Brighton have announced the signing of Dutch goalkeeper Kjell Scherpen from Ajax.

The Holland Under-21 international stands at 6ft 8in tall and will provide competition for first-choice goalkeeper Robert Sanchez, who played 27 times for Graham Potter’s side last season.

Should Scherpen make a Premier League appearance for Brighton this term, he would become the joint-tallest Premier League player of all-time alongside former Manchester City goalkeeper Costel Pantilimon and ex-Everton striker Lacina Traore. 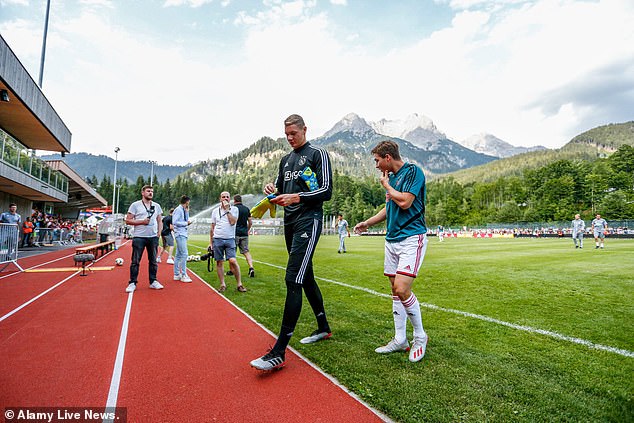 ‘We’re delighted to welcome Kjell to the club,’ Seagulls boss Potter said. ‘He’s a player we have been monitoring for a while and we see him as a player with a lot of the right attributes.

‘As well as his size he is someone we think will work very hard to improve all aspects of his game as he gets used to English football.’

Scherpen joined Ajax in 2019 and made nearly 30 appearances for the club’s second team during his two seasons there, before making his senior debut for the Dutch giants earlier this year.

The 21-year-old played four first-team games for the Eredivisie club, including a start in the first leg of their Europa League quarter-final against Roma in April. 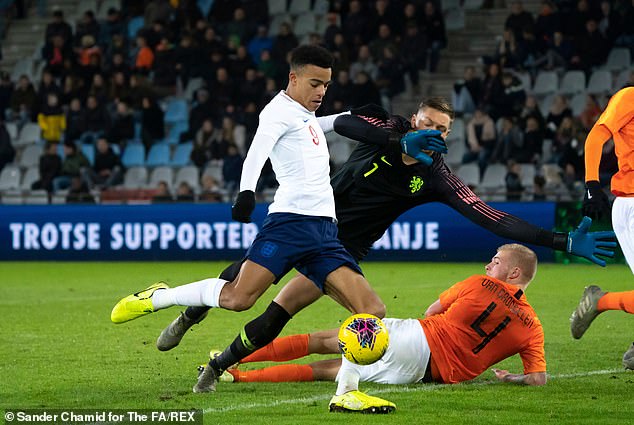 Brighton also have Jason Steele at the club but other back-up shot stoppers Christian Walton and Maty Ryan have both left the Amex Stadium in the summer transfer window.

Former England Under-21 goalkeeper Walton had been at the club since 2013 but only turned out six times for the club during that time and failed to make a Premier League appearance.

Ryan, meanwhile, spent the second half of last season on loan at boyhood club Arsenal and joined Spanish club Real Sociedad on a permanent deal earlier this summer.

Brighton will be taking part in their fifth straight season in England’s top-flight this season but have never finished higher than 15th in this Premier League stint.