Brighton stars filmed inhaling balloons inside a bar in Spain

Brighton have launched an internal investigation after a video emerged of four of their players inhaling from balloons.

The players are in the middle of their winter break and some of the squad have taken the opportunity to enjoy a Spanish getaway.

Four of them, though, could be in hot water after footage was posted of some of their antics while on a night out. Shane Duffy, Pascal Gross, Leandro Trossard and Alireza Jahanbakhsh can all be seen with balloons. 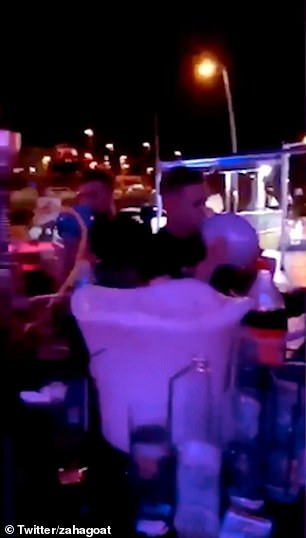 Brighton have launched an internal investigation after a video emerged of four of their players – Alireza Jahanbakhsh (left), Shane Duffy and Leandro Trossard (right) – inhaling from balloons 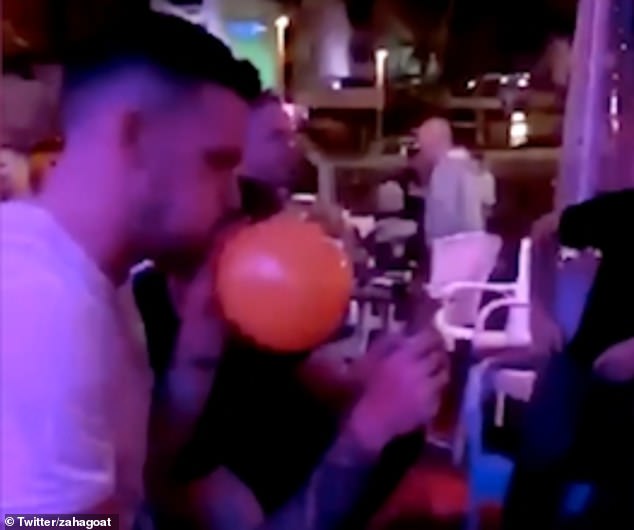 Brighton midfielder Pascal Gross, in a white T-shirt, was also seen with a balloon

While the contents are unknown, balloons are commonly used for inhaling nitrous oxide, also known as laughing gas or ‘hippy crack’ when used recreationally.

A club spokesperson said: ‘The club is aware of the video circulating on social media. This matter is being dealt with internally.’

In the video, the players are sitting around a table outside, with drinks and a shisha pipe on it. 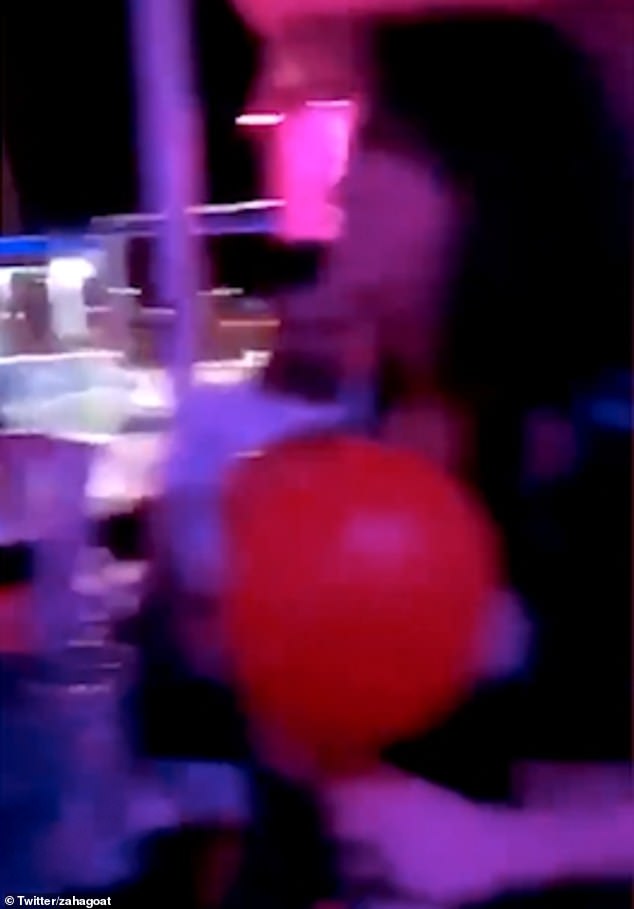 Jahanbakhsh, sitting near a woman with dark hair, is seen inhaling from a balloon. The camera then pans across to Trossard and Duffy, both in black, with balloons and then midfielder Gross, in a white T-shirt.

The footage presents a problem for manager Graham Potter whose side — yet to win this year — are perilously close to the Premier League drop zone.

Brighton were held 1-1 by fellow strugglers Watford last Saturday and are just three points above third-from-bottom West Ham, who have a game in hand.

They return to action with a tough trip to Sheffield United — fifth in the Premier League table — a week on Saturday, before their derby clash with Crystal Palace.