Brigitte Macron looked glamorous in an embellished silk gown as she joined the French president at a state dinner in Paris.

The 64-year-old opted for the striking dress featuring sequin detailing around the neckline for the reception at the Elysee Palace tonight.

She finished her look with a pair of nude heels, while wearing her hair in a chic up-do.

Both President Emmanuel Macron and his wife looked in high spirits as they hosted the glitzy dinner for the Grand Duke and Duchess of Luxembourg, who are currently on a three-day state visit. 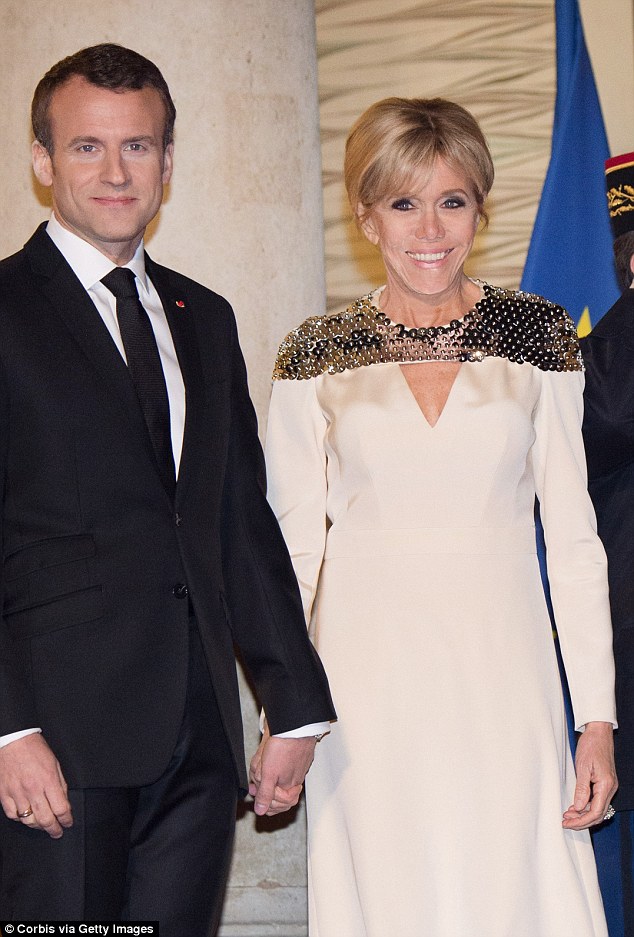 The First Lady, 64, opted for a striking gown featuring sequin detailing around the neckline

Grand Duchess Maria Teresa, 61, opted for a flowing green gown as she arrived with her husband Grand Duke Henri, 62.

The two countries will sign an updated taxation treaty, as well as discussing infrastructure plans, during the state visit.

Earlier in the day, Mrs Macron opted for a stylish blue shift dress as she welcomed the Luxembourg royals to Paris. 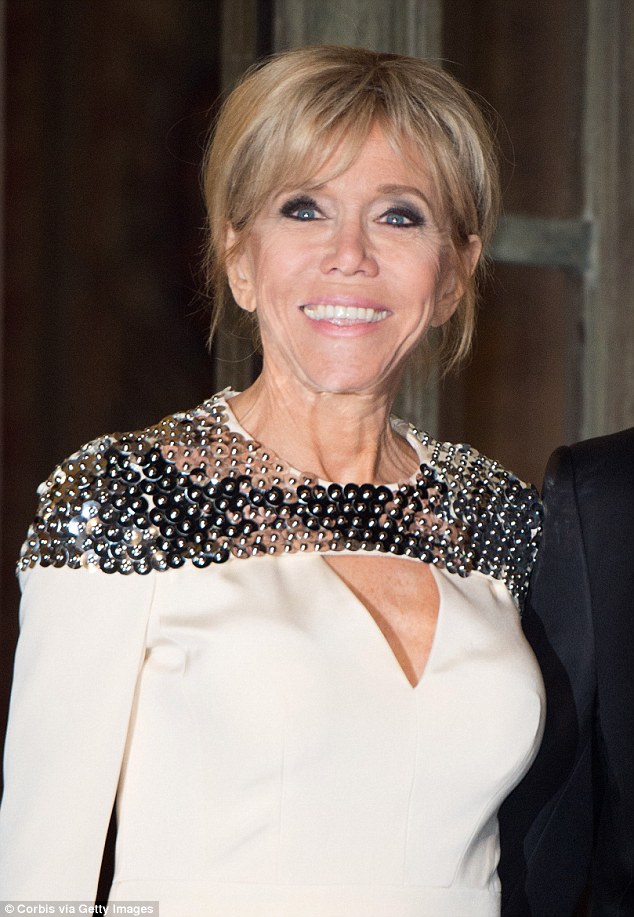 Mrs Macron, who wore her hair in a chic up-do, looked in high spirits as she posed for pictures outside the palace 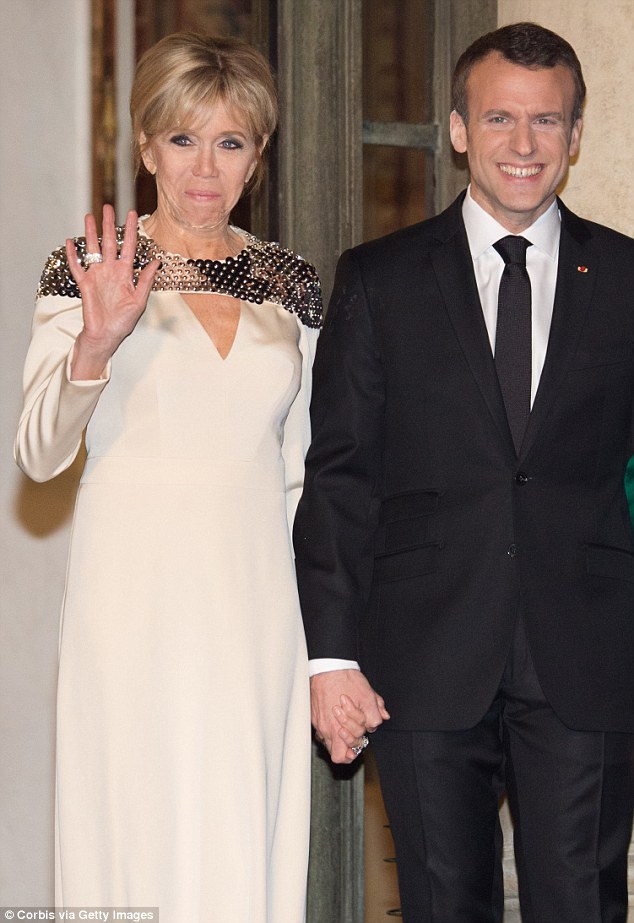 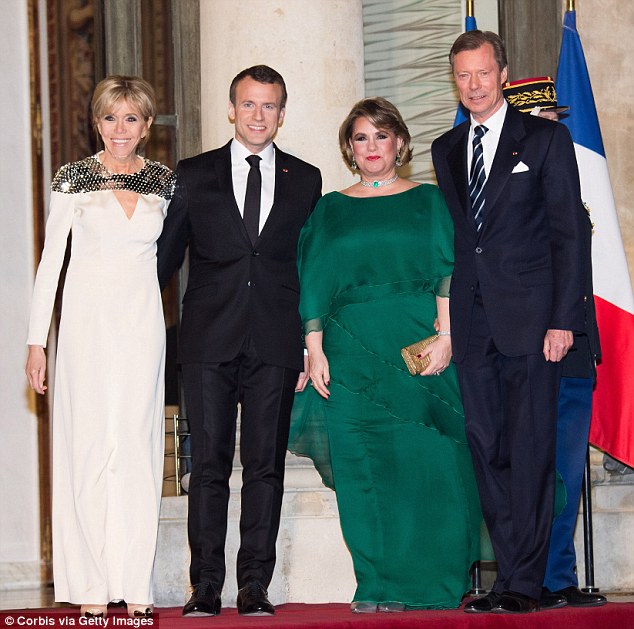 Grand Duchess Maria Teresa, 61, opted for a flowing green gown as she accompanied her husband Grand Duke Henri at the state dinner

The Grand Duchess meanwhile opted for a bold printed coat dress as she arrived for a meeting at the Elysee Palace.

Mrs Macron has become known for her sense of style, and has been seen on the front row at Paris Fashion Week in the pat. 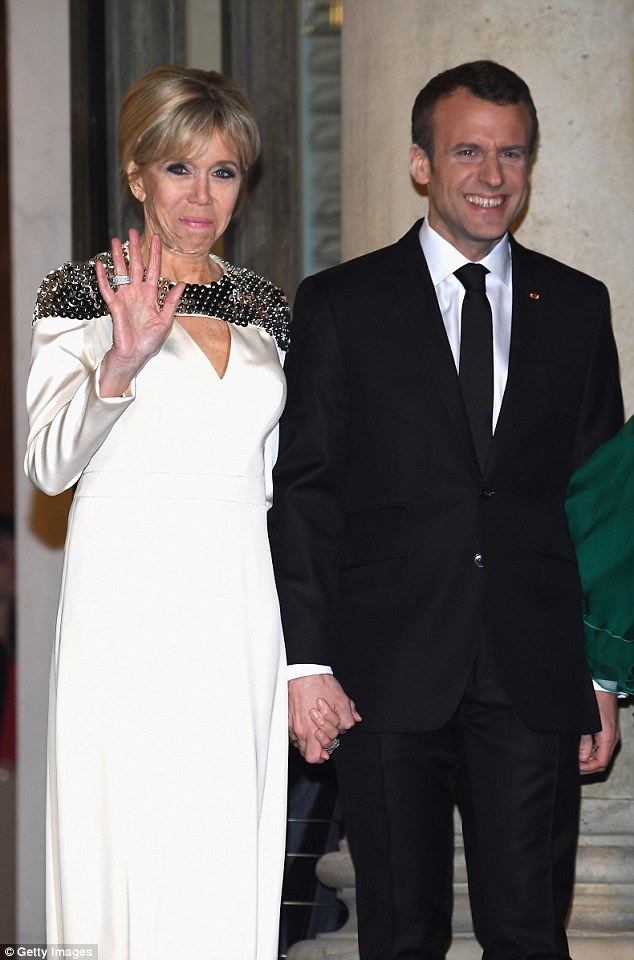 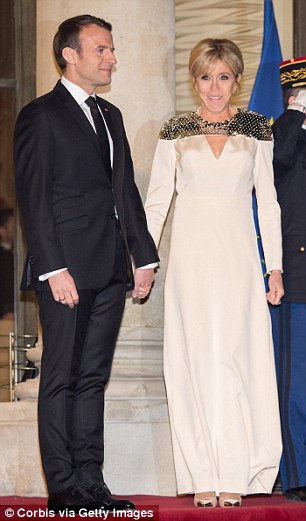 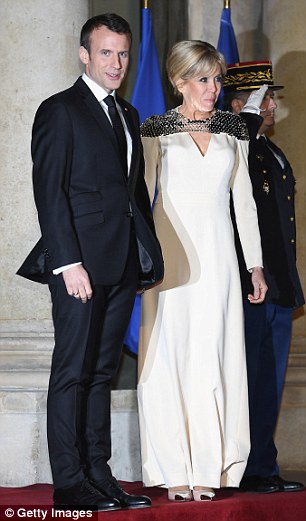 The First Lady finished off her glamorous look with a pair of nude pumps, while keeping her other accessories to a minimum 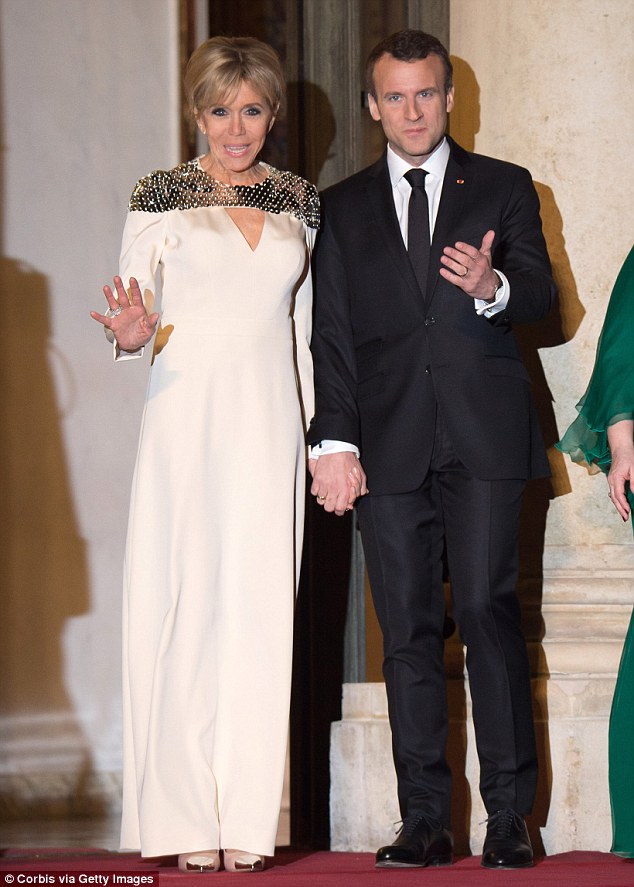 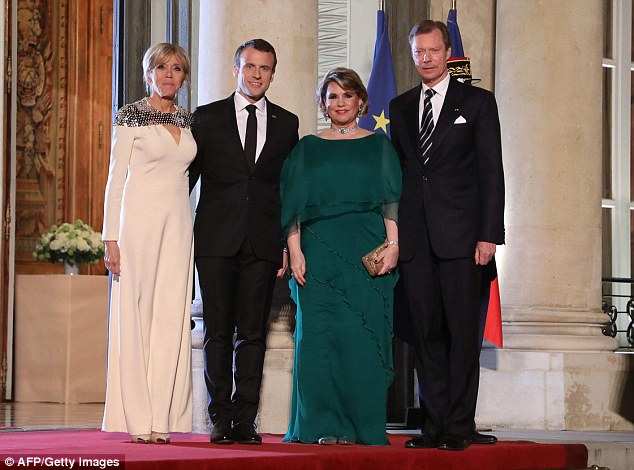 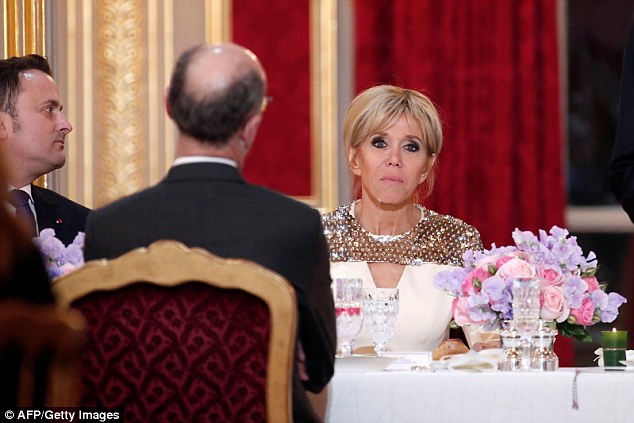 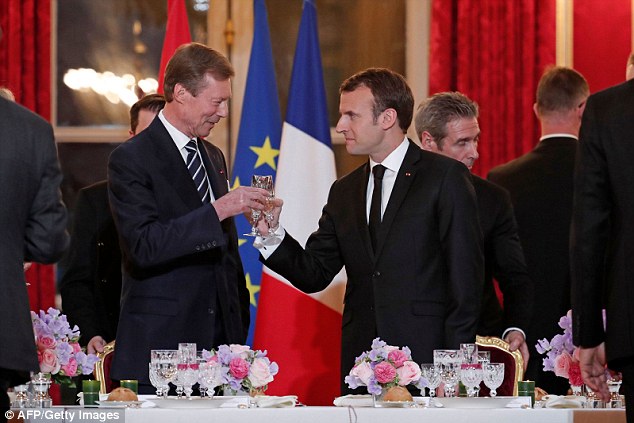 ‘She dresses youthfully by wearing classic, well-tailored and feminine styles – such as the shift dress – to suit her shape,’ she explained.

‘She also swears by skinny jeans, a style usually favoured by women half her age. 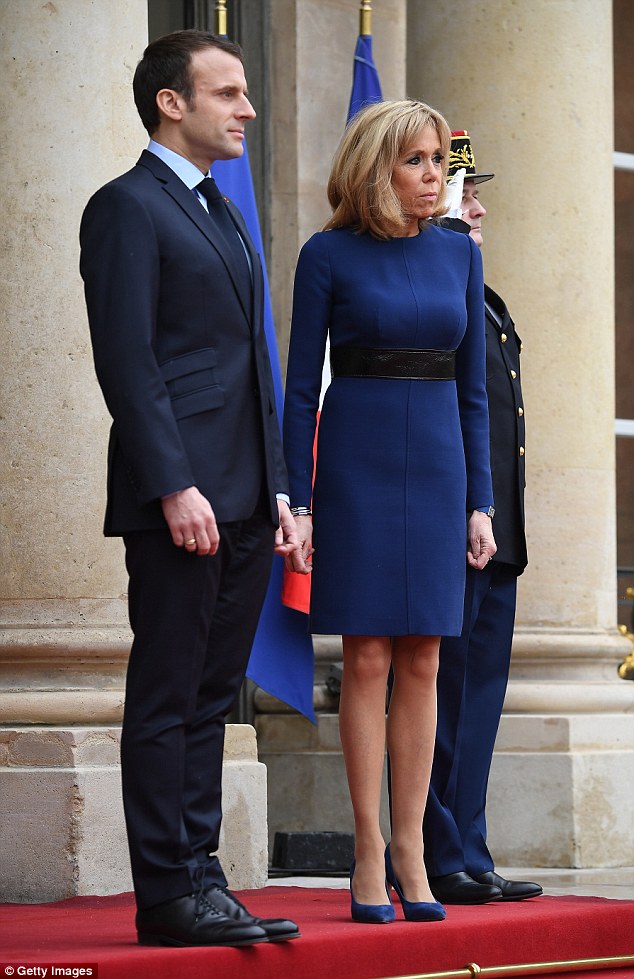 Earlier in the day, Mrs Macron had opted for a stylish blue shift dress and blue pumps as she and her husband welcomed the Luxembourg royals to Paris 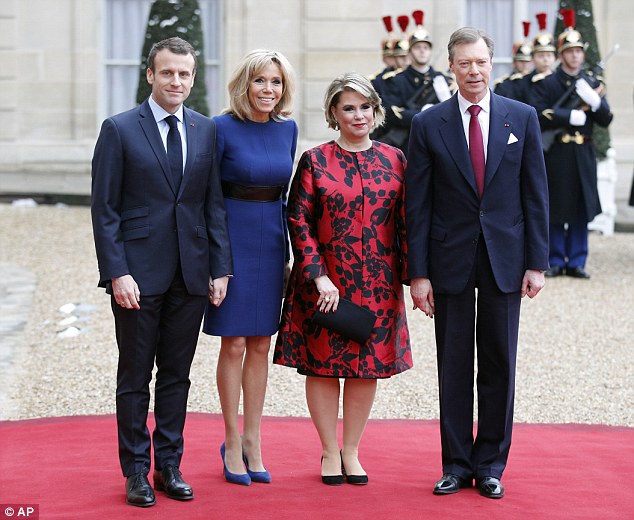