Sadio Mane got Liverpool off to an excellent start against Bayern Munich on Wednesday night and Michael Owen, a former Anfield man himself, loved it.

Owen was in awe of how Mane had managed to control Virgil van Dijk’s long, searching ball forward before scoring.

To apply the finish, Mane had to turn Bayern Munich goalkeeper Manuel Neuer and then dink the ball over the line. 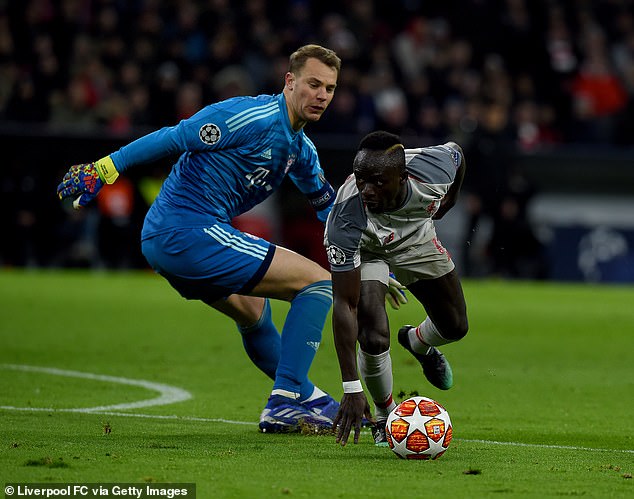 It was Mane’s 18th goal of the season for his club and Owen was full of praise.

He added: ‘Everything to do with this goal was… [brilliant] I know Van Dijk played a nice ball but it was a pretty simple ball but everything that was good about this goal was Mane. He pulls really wide to give himself as much space as possible to run in to.

‘Yes, the goalkeeper having a bit of a howler or a rush of blood, but Mane was aware to that and he knew to take the ball to one side of him and dink it over. But watch him keeping the width and keeping in as much space as possible. Just notice now, before the ball is played, he points to where he wants it. 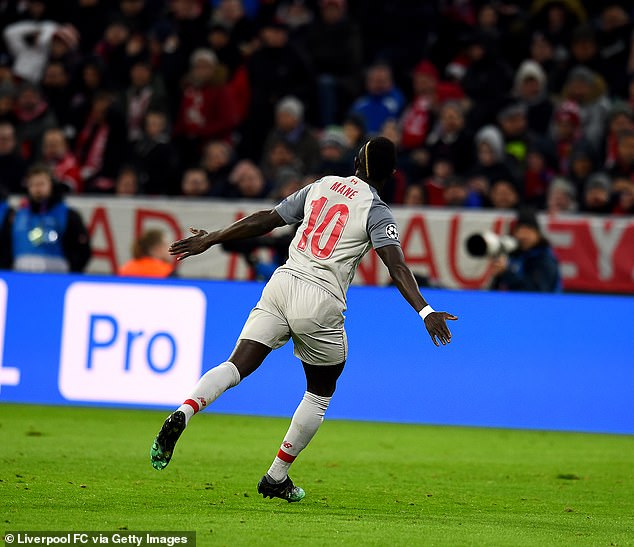 Owen said it was made even more special by the fact that it contributed to Liverpool going ahead in the Champions League last-16 tie.