The Daily Mail is today launching a campaign to Back British Tech and for Arm to return to the London stock market. The tech group’s billionaire owner plans to float the company in New York in a blockbuster listing.

But demands are mounting for the chip designer – one of the most successful ever tech companies to be founded in the UK – to have its shares listed in the City.

Concerns are escalating among politicians, big investors and leading scientists that there are too few tech companies in the FTSE. If Arm were to be quoted in the UK, it would act as a powerful magnet for other innovative firms to follow suit.

One of the City’s foremost investors, Martin Gilbert, chairman of Asset Co, said: ‘The dearth of technology companies in the FTSE100 and further down the market is a real issue. It is not that we’re short of tech entrepreneurs and fantastic, innovative businesses in the UK.

‘They simply decide to remain private or to list on a stock exchange elsewhere, which is a pity for UK investors. Arm listing in London would be a major coup and signal the FTSE is a welcoming home to technology businesses.’

Leading British scientists, including some of the founders of Arm itself, want to see the firm float in London. Innovative tech companies are at the heart of the Government’s hopes to build prosperity post-Covid and post-Brexit. They are also key to the levelling up agenda, as they can generate high quality jobs in economic blackspots around by Richard Marsden the country.

Arm has always been seen as one of the jewels in the UK’s tech crown and a multi-billion float would be a coup for the City. Although some tech shares have recently suffered heavy falls, over the long term genuinely innovative businesses such as Arm offer serious growth potential. 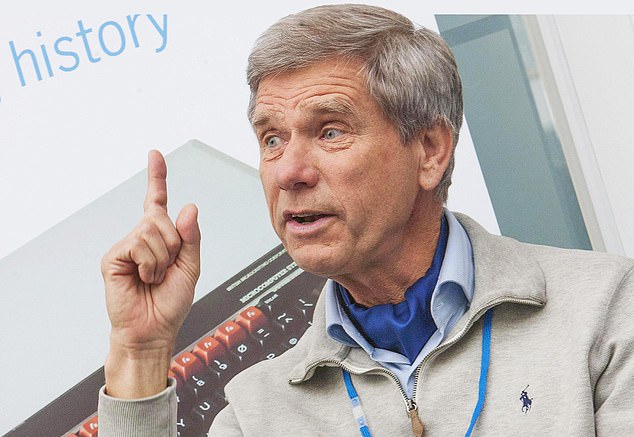 ‘The UK is where Arm belongs,’ cofounder Hermann Hauser told the Mail

Based in Cambridge, the business grew out of the old Acorn computer company. It designs microchips that are used in most smartphones including the iPhone. Since 2016 it has been owned by Softbank, a Japanese investment concern run by tycoon Masayoshi Son, who wants to float Arm on the tech-heavy Nasdaq stock market in New York. But his plot has sparked a backlash in Britain.

Arm Holdings has grown to be a true global power and dominates the micro-processor market for smartphones. Steve Furber, who designed the original Arm processor and worked with the company’s founders, said: ‘The number of microprocessors shipped worldwide has now passed 200bn which is 30 per capita of the humans on the planet.

‘They have become hugely dominant in that business. There are more Arm micro-processors shipped per annum by factor 20 than those of Intel, and Intel is very well known. Now that is a volume statement.’

Arm was founded in Cambridge by 12 technology experts in 1990. It was spun out from then UK computer manufacturer, Acorn, which originally established Arm in partnership with Apple and US computer firm VSLI. The business was listed on the London Stock Exchange and Nasdaq in 1998. But it was sold to Japanese conglomerate Softbank for £24bn in 2016 in a deal waved through by then PM Theresa May and her chancellor Philip Hammond.

Four years on, in 2020, Softbank stuck a deal to sell Arm to US chip maker Nvidia for £31bn. However, that deal collapsed, prompting Softbank to seek a stock market listing. A report about the firm, prior to its 2016 sale, described it as ‘Britain’s most successful tech company you’ve never heard of.’

A shift to the US stock market would be a bitter blow to the City as Britain seeks to become a major player in the global tech industry. Among those backing Arm’s return to the UK include leading figures who helped establish the company when it was spun out of Acorn in 1990.

‘The UK is where Arm belongs,’ cofounder Hermann Hauser told the Mail. Kwasi Kwarteng, the Business Secretary, also called for Arm shares to trade in London. However, the matter is understood to rest with the Treasury and Chancellor Rishi Sunak who has been urged to do whatever it takes to secure the City float.

Previously, Arm was dual-listed on the FTSE100 and had a secondary listing on the Nasdaq before being bought by Softbank for £24bn. Despite claiming to be a longterm investor, in 2020 Softbank struck a deal to sell Arm to US computer giant Nvidia for £31bn.

The transaction fell through last month amid scrutiny from regulators around the world concerned about competition and national security. That prompted Softbank to seek a stock market listing that could see it valued at £40bn or possibly even more.

Computer scientist Steve Furber, who helped design the original Arm microprocessor and worked with the company’s founders, said that although the present-day business is ‘intrinsically global’ he ‘would certainly like Arm to be a British company.’

The 68-year-old, a professor of computer engineering at Manchester University, said Arm’s ‘centre of gravity is still Cambridge’ despite also having design centres in the US and Bangalore, India. Furber said he opposed the original sale to Softbank because he believes Arm’s independence has been ‘key to its success’.

He was also against the planned sale to Nvidia, because it is a close competitor. Furber said a return to independence would be a ‘good move’, and that he favoured a dual listing on both the London and New York exchanges.

His stance was echoed by another of Arm’s founders, James Urquhart, who still works in Cambridge with start-up technology businesses. He said: ‘I’d argue having a dual listing makes sense at a strategic level for the company and its partners.’ 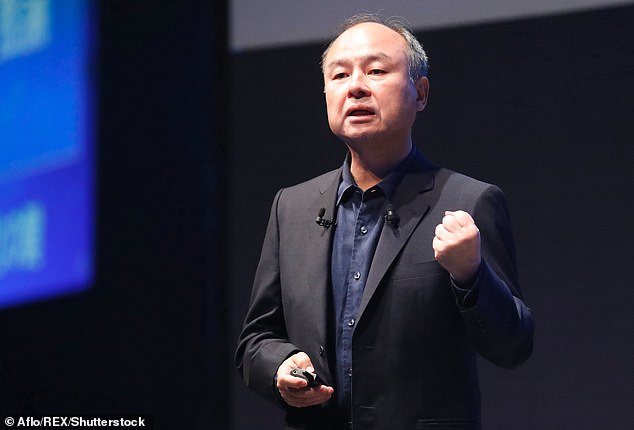 Since 2016 Arm has been owned by Softbank, a Japanese investment concern run by tycoon Masayoshi Son, pictured

Urquhart, 64, believes the Government should encourage Softbank to float in the UK to help inspire a new generation of technology experts. Politicians from across the party divide declared their support for a London listing.

Former Tory leader Sir Ian Duncan-Smith said: ‘Let’s do it. Arm should be back here.’ Fellow Conservative David Davis added: ‘I back the Daily Mail campaign. Listing in London is the eminently sensible thing to do.’

Labour MP for Cambridge Daniel Zeichner said overseas ownership had ‘hit morale with a steady loss of staff.’ He supports dual listing, adding: ‘We need clear protections for Cambridge-based jobs and guarantees on future investment – we cannot allow such a worldleader to be asset-stripped.’