Bring on the new ventilators… but who is going to operate them, asks Dr MARTIN SCURR

Yet another sign of the impact the Covid-19 crisis has had on us is how much talk there is, even among the public, about the number of ventilators at the NHS’s disposal.

Even the Trump administration in the U.S. has criticised our provision. Last week, Dr Deborah Birx, one of the President’s coronavirus officials, commented: ‘They have 8,000 ventilators in the UK . . . equivalent to us having 40,000 ventilators. We have five times that.’

Stung into action, our Government has launched the Ventilator Challenge UK — at first a commitment to acquire 30,000 more, but now aiming for only 18,000, with the help of around 20 firms, including Dyson (which has reportedly developed its CoVent in ten days) and those normally involved in the manufacture of Formula One cars.

Yet another sign of the impact the Covid-19 crisis has had on us is how much talk there is, even among the public, about the number of ventilators at the NHS’s disposal

This might sound like good news, but the rush causes me unease — for one thing, who is going to operate all these new machines?

Ventilators undoubtedly save lives — a fact we have known since 1555, when Belgian anatomist Andreas Vesalius recorded for the first time the benefits of the most basic mechanical ventilation. Using bellows he managed to push air into the lungs of a dog whose windpipe had been cut, and thus preserved the dog’s life.

Now ventilators are highly technical devices that can take over our breathing efforts when our lungs are no longer capable of working as effectively as normal.

With Covid-19, this stage may occur when the illness develops into a form of pneumonia, which causes inflammation and swelling in the airway and alveoli (the minute air sacs in the lungs where oxygen is absorbed and carbon dioxide expelled). 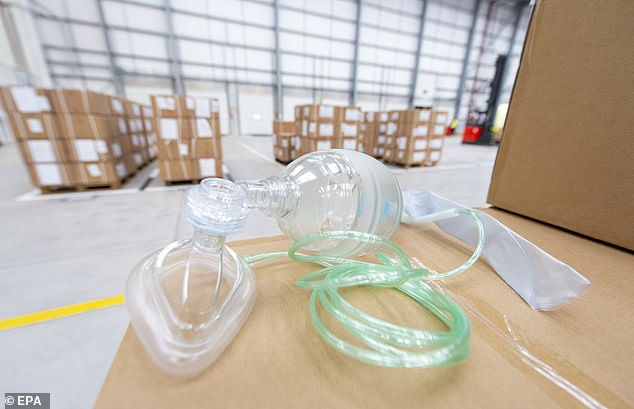 As the lung capability is reduced, this can lead to respiratory failure — when carbon dioxide levels soar and oxygen levels sink too low. As a result, the breathing rate rises — to maybe 20 or 30 breaths a minute (normal might be 12 to 15) — and high levels of carbon dioxide in the blood lead to increasing confusion due to a lack of oxygen in the brain. So the poor patient starts to fight for breath.

What the ventilator can do is pump air into the lungs at the correct pressure and volume to take over the failing natural attempts. The patient then stays on the machine until the condition of the lung tissue improves.

Putting a patient on a ventilator is, however, not simply a matter of popping a ‘breathing tube’ in and switching on the machine. The exhausted patient first must be anaesthetised to switch off their attempts to fight for breath and to relieve their intense distress. Then, an endotracheal tube — 20cm long and the thickness of your little finger — which delivers the air, must be threaded into the trachea (or windpipe).

Another tube must be inserted, again with great skill, into an artery. The information gained from this enables continuous adjustments of the pressure and volume of air pumping to achieve the right levels of oxygen in and carbon dioxide out.

The level of sedation must also be monitored, another delicate and skilled art.

My point is that, as much as we need the machines, we need the doctors and highly trained nurses to co-ordinate these processes: I spent years during my early career intubating (inserting a tube into the lungs) newborn babies when they failed to breathe and, as a medical registrar, critically sick patients, but always with an anaesthetist only minutes away.

Ventilating patients in intensive care units is one of the pivotal skills of an anaesthetist. They are experts in this field — it’s not an area of medicine that any doctor can simply slip into. 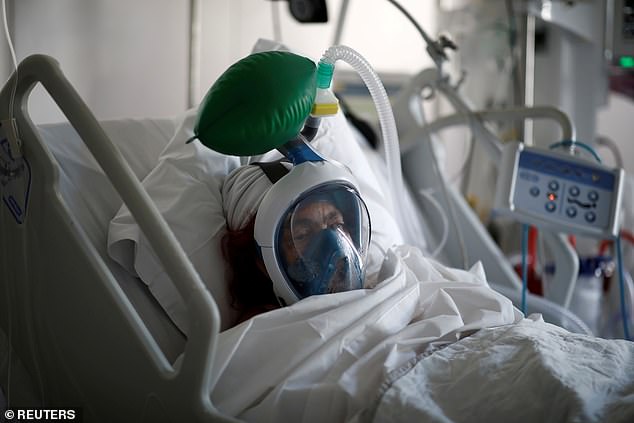 It is people we need, not just machines. Yet while there is much emphasis being put on the new ventilators, there is scant reference to who will operate them

Even with my years of experience it will take days of training to get me up to speed, and who can teach doctors returning to work, when the experts are flat-out exhausted after weeks at the coalface?

Putting a ventilator in the hands of an unskilled operator is like chucking the keys of a supercar to a teenager yet to pass their driving test, and telling them just to watch the speedometer and the rev counter as they drive solo down the motorway. You would expect more than a few accidents.

It is the same with ventilators. And any mistake could have the most devastating consequence.

That’s why I question whether the ventilator challenge is any more than a boost to public confidence.

It is people we need, not just machines. Yet while there is much emphasis being put on the new ventilators, there is scant reference to who will operate them.

Whether or not we can train enough competent professionals in time to actually make use of the new machines, only time will tell.