Backpacker hostel’s bizarre ’75 litre’ check-in rule stuns travellers: ‘This has got to be one of the weirder restrictions I have ever seen’

A hostel has come under fire after it said they would only take in travellers who check in with large, 75-litre backpacks.

The rule sent social media into a spin last week as commenters called out the unidentified Brisbane hostel over its excessive size limit and bag type.

‘This has got to be one of the weirder restrictions for checking into a hostel I’ve ever seen,’ one wrote.

The hostel defended the rule on the basis of it filtering out non-genuine travellers.

An Aussie hostel said guests need to have a 75-llitre backpack to use the accommodation, which makes it hard for travellers who pack light (pictured, stock photo) 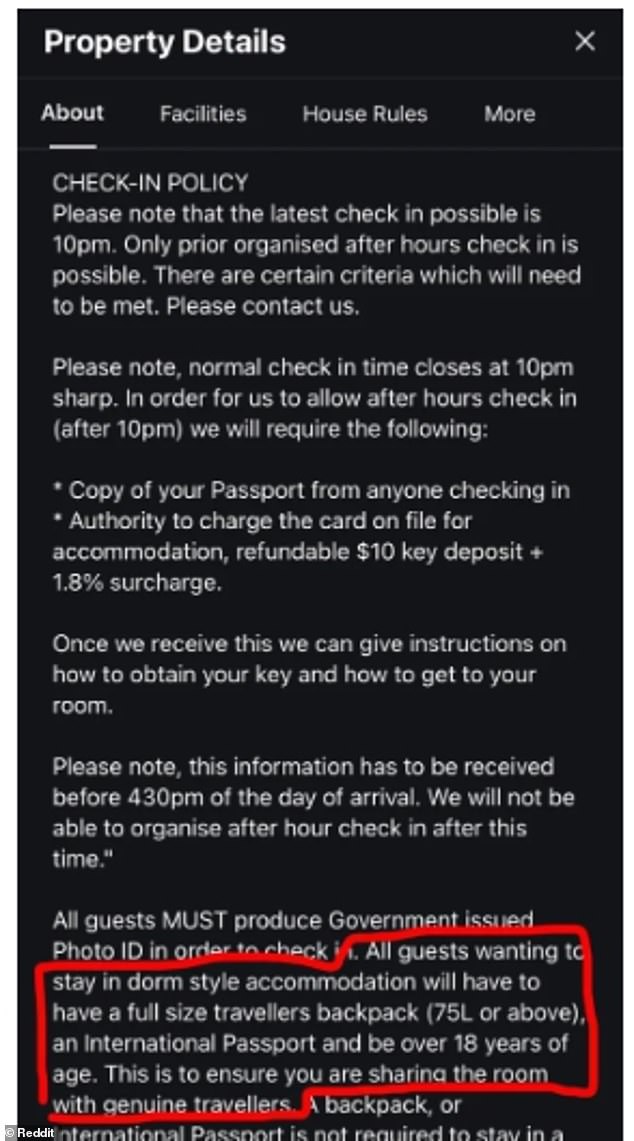 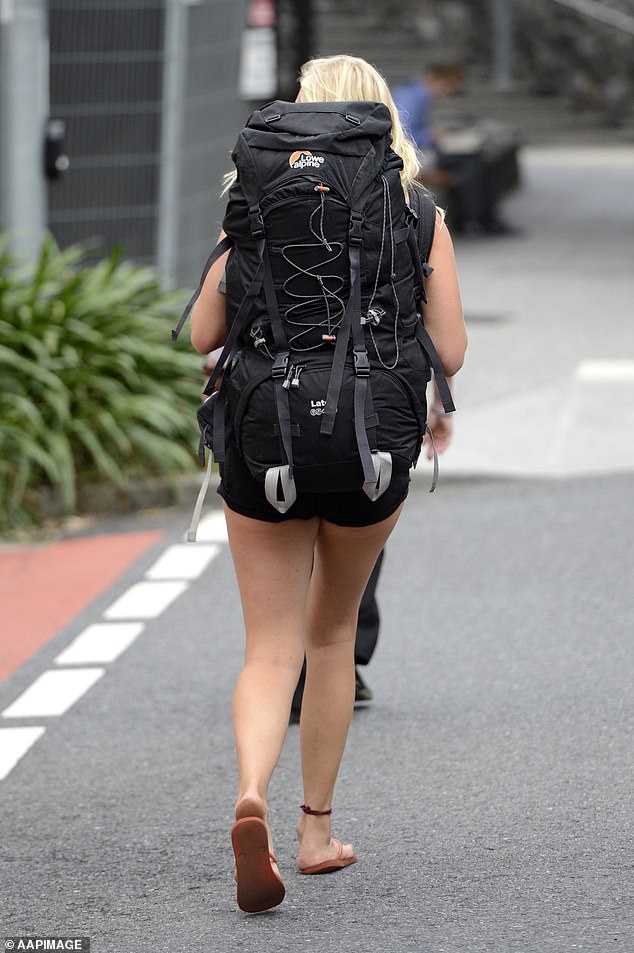 Some speculated the bag rule was there to prevent homeless people and those getting away from domestic violence situations from staying at the hostel (pictured, a backpacker in Brisbane)

An online travel hub that touts a minimalist style of packing highlighted the hostel’s post.

‘Hostel in Brisbane only lets you book dorm beds if your travel backpack is over 75L to ensure you are a ‘genuine traveler.’

It revealed the hostel’s post giving prospective customers a run down of surcharges, opening times and how to access rooms – before it mentions the bag rule.

‘All guests wanting to stay in dorm-style accommodation will have to have a full size travellers backpack [75L or above], an international passport and be over 18 years of age,’ it read.

‘This is to ensure you are sharing the room with genuine travellers.’

The rule caused consternation among the online travel community.

‘And it has to be a backpack? So you’re not a ‘genuine traveller’ if you use something like a duffel?’, one commenter asked about the rule.

‘Not to mention, even by ‘normal’ standards, 75 litre is massive.’ 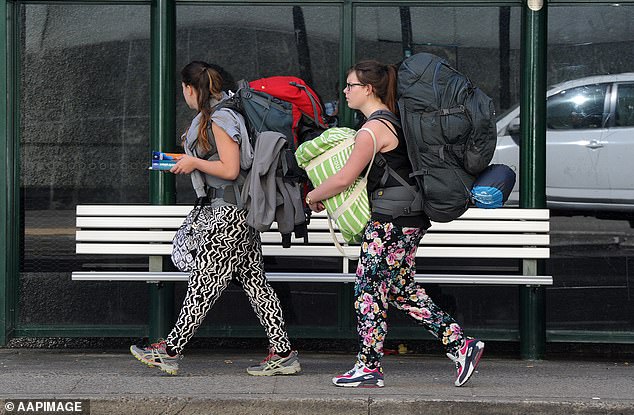 Travellers complained about the hostel’s size limits, with one saying lugging around a ‘massive’ 75-litre bag was not practical (pictured, backpackers in Brisbane) 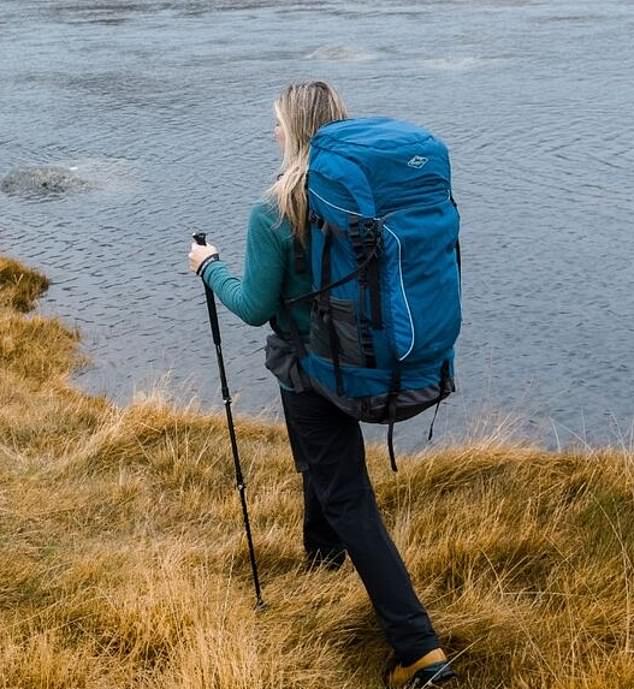 ‘I’m currently lugging around a 60-litre duffel and it feels huge. Can’t imagine a 75-litre backpack,’ another said.

Yet some people saw a darker reason for the strict rule.

‘They’re probably trying to keep out the homeless,’ one said.

Another person claimed the rule was there to stop those escaping domestic violence from using the dorms.

But shorter travellers challenged the practicality of the rule. 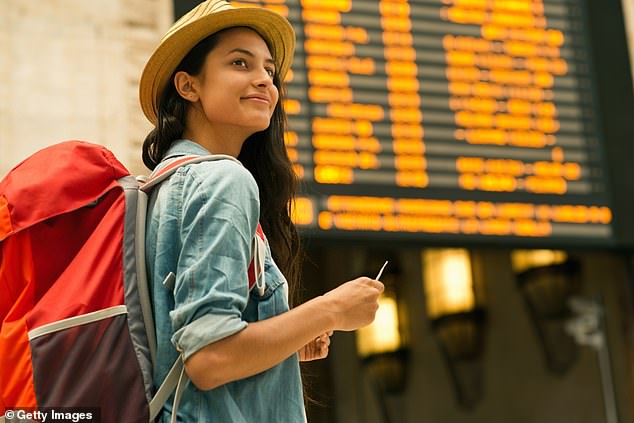 Smaller travellers challenged the practicality of the bag size rule – ‘I’d disappear behind a 75L bag as I’m only like, 144cm,’ one said on social media (pictured, a stock photo) 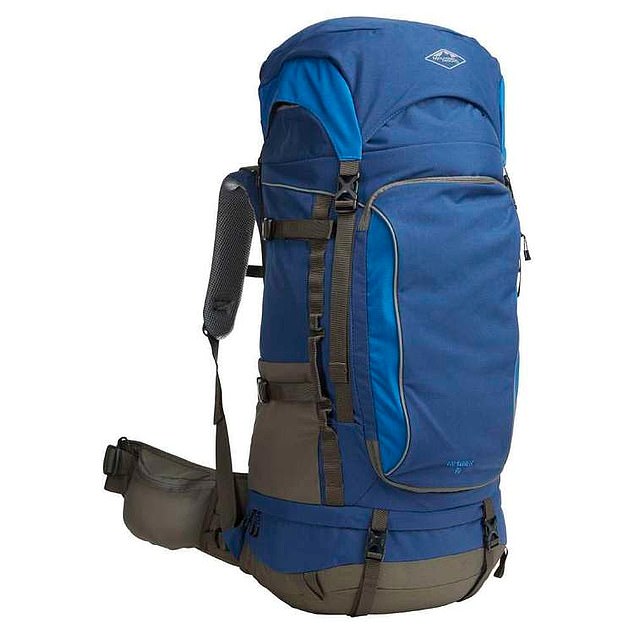 One commenter hoped travellers with different types of luggage are considered as ‘genuine travellers’ at the hostel where guests can only check in if they have a 75-litre backpack (pictured, a 75-litre hiking pack)