A woman has been left in shock after finding a slice of cake without mould or decay despite sitting on an office desk for two months.

Brittnee Rose, from Brisbane, shared a picture of the popular Coles $20 Drip Cake looking exactly the same as the day she bought it for Mother’s Day on May 12.

The slice of sponge cake with pink icing showed no visible mould and it doesn’t appear to have decayed in any other way.

Taking to the supermarket giant’s Facebook page, the mother said she was cleaning her partner’s office when she made the startling discovery on July 9. 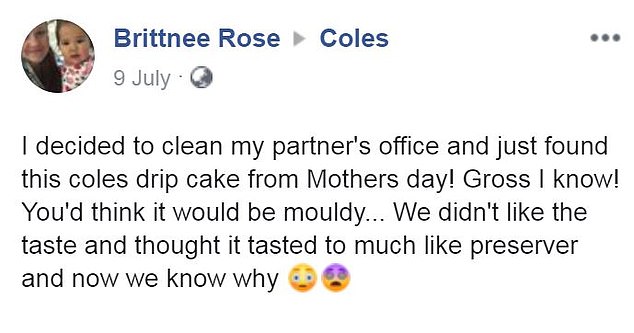 ‘I decided to clean my partner’s office and just found this Coles drip cake from Mothers day! Gross I know! You’d think it would be mouldy,’ she said.

‘We didn’t like the taste and thought it tasted to much like preservatives and now we know why.’

Brittnee said she placed the store-bought cake in the fridge on May 11 before her partner took the half-eaten dessert to work following Mother’s Day.

He didn’t eat the cake at work – but decided to leave it in on his desk to see how long it would take before it started to go off.

Brittnee found the the cake this week.

‘Still spongy and all. He was like “it got to a point that I left it there to see if it would go mouldy”,’ she said.

‘No idea what goes into preserving it.’ 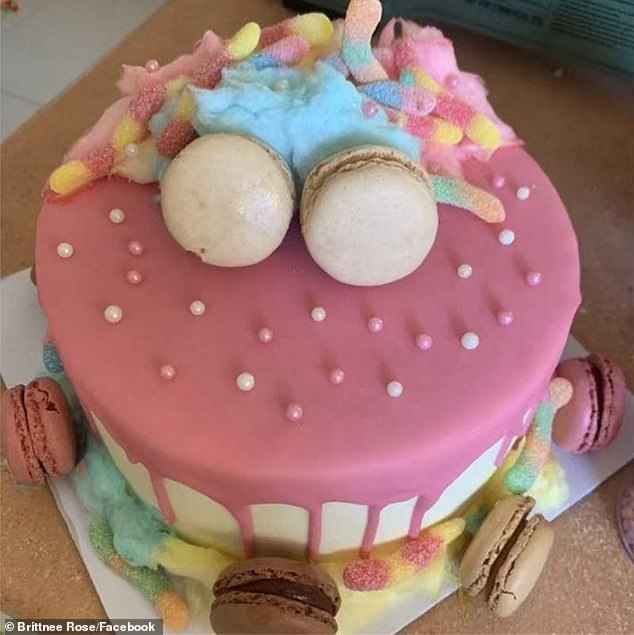 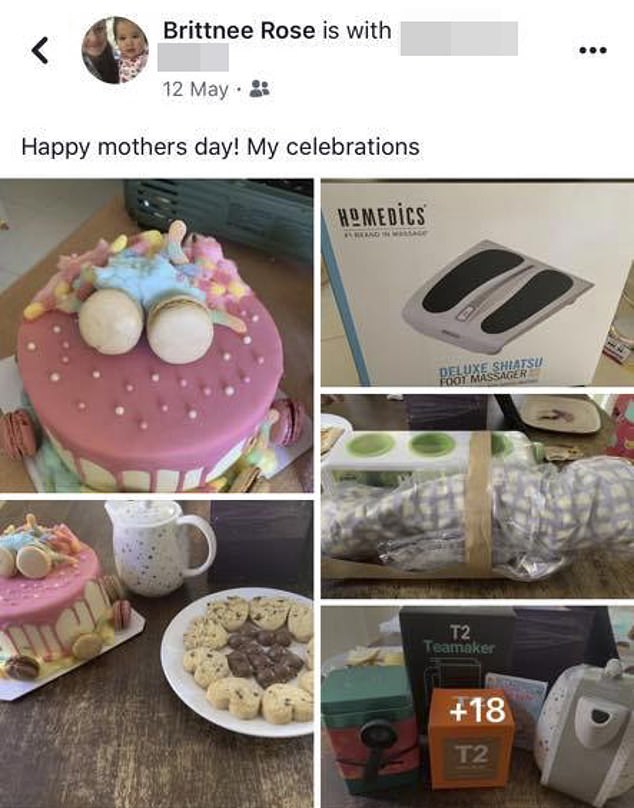 In a statement to Daily Mail Australia, a Coles spokesman said: ‘The cake contains a small amount of preservatives in line with the Australia New Zealand Food Standards Code and has a shelf life of 14 days.

‘Our Coles Drip Cake, like all Coles Brand products, contains no artificial colours or flavours,’ he said.

‘While this cake make not have shown mould growth, we would not recommend they are consumed beyond their Best Before date.

‘Mould requires air and moisture to grow and food left uncovered in an air-conditioned environment would dry out very quickly on the surface, creating a dry crust, which may prevent the occurrence of visible mould.

‘As always we encourage customers to return any item they’re not 100 per cent happy with for a full refund or replacement.’