‘Very disappointing’: Dozens of protesters are caught with single-use plastic bottles while marching during the Global Climate Strike

Dozens of people have been slammed after they were caught clutching single-use plastic bottles while protesting a lack of action in climate change.

More than 30,000 people took to the streets of Brisbane to march in the Global Strike 4 Climate march on Friday.

Several of the protesters came under fire by the city’s Lord Mayor, Adrian Schrinner, who labelled them as ‘very disappointing’ in a video shared to Twitter.

But the mayor was criticised for sharing the video, with some people calling his actions ‘petty’.

‘Very disappointing to see so many single-use plastics at today’s environmental rally in Brisbane’s CBD,’ Mayor Schrinner captioned a video shared to Twitter.

The Mayor suggested people should instead stop by his mobile office where he was giving out reusable bottles.

‘If only they made it to Lord Mayor’s mobile office or the recent Green Heart Fair to get their own reusable drink bottles!’

The video showed a series of people walking in the march clinging onto plastic cups and bottles, all the while wearing shirts and carrying handmade signs that advocate for climate change. 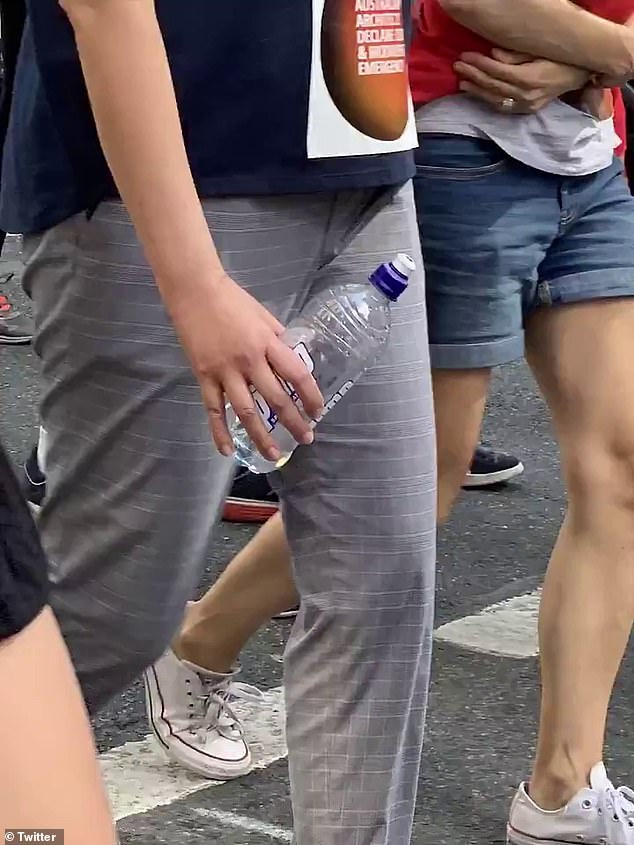 But not everyone was on board with Mr Schrinner, as many took to Twitter to slam the Mayor.

‘That’s the best you can come up with when the people of Brisbane turned out to have their voices heard?’ one commented. 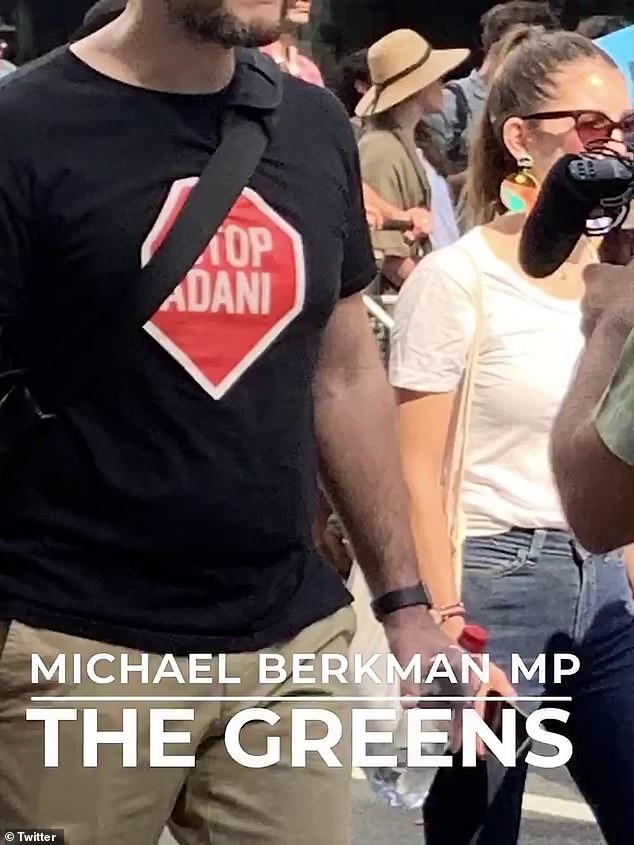 ‘Wow, this is the pettiest and saddest thing I’ve seen today,’ one person tweeted.

Others said the bottles had likely been re-used because many didn’t have labels.

‘Because you can’t refill a plastic bottle? Considering a lot don’t have labels or are soft drink bottles with water I think they are being used by people with a social and environmental conscience,’ another wrote.

‘30,000 people take a stand and that’s your petty takeaway?’ a woman commented.

But not everyone was on board with the Mayor, taking to Twitter to slam him for focusing on something so ‘petty’ (pictured)

The Global Strike 4 Climate, held across the world on Friday, was the biggest climate mobilisation in Australia’s history, with more than double the turnout of the March protest.

The march saw more than 300,000 people across 110 Australian cities calling for governments and businesses to act immediately.

The next global strike is scheduled for September 27. 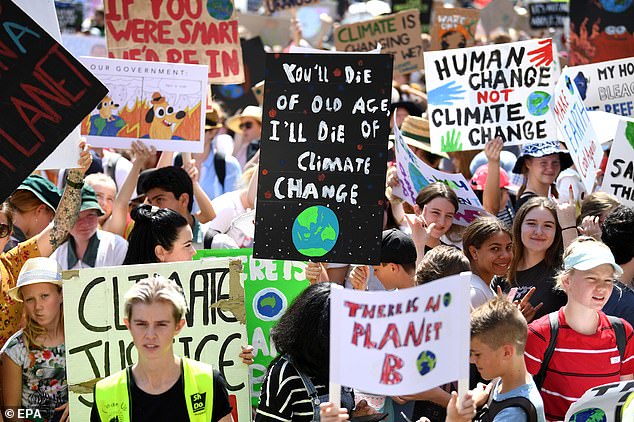 There were hundreds of young people proving their dedication to the cause as they carried artistic placards they had made the night before, which read: ‘Time is almost up’ and ‘There is no Planet B’ 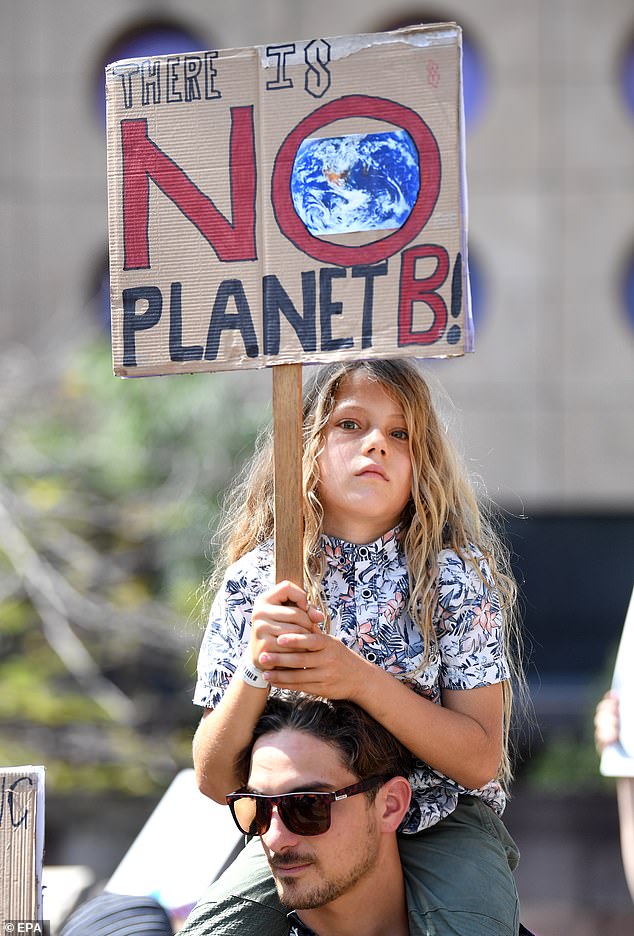 A young girl sits on a man’s shoulders during the Sydney protest on Friday. She held a sign which read: ‘There is no planet B’ 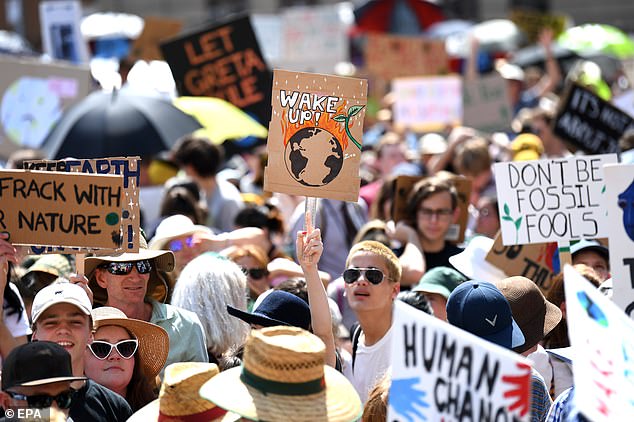 The Global Strike 4 Climate will on Friday take place in 110 towns and cities across Australia, with organisers demanding government and business commit to a target of net zero carbon emissions by 2030