A Brisbane-based couple are on track to become the next Atlassian after a New York venture capital fund invested $221million into their blossoming tech company.

Octopus Deploy CEO Paul Stovell founded the software company back in 2011 before turning the ‘nights-and-weekends project’ into a business a year later with his wife Sonia, who is the CFO.

‘Insight Partners is one of the largest and most successful venture funds in the world,’ Mr Stovell said on Tuesday as he announced the partnership.

Octopus Deploy CEO Paul Stovell (right) founded the software company back in 2011 before turning the ‘nights-and-weekends project’ into a business the year later with his wife Sonia (left), who is the CFO

‘Their scale and expertise will be essential to our continued growth and success.’

The Stovells, who are based in Brisbane and parents to three children, could find themselves ranked on Australian rich lists after closing the multi-million dollar deal.

Mr Stovell, who is originally from Whyalla, South Australia, held a day job at Credit Suisse in London while building Octopus Deploy on the side before making the leap and focusing solely on the bootstrapped company.

‘In 2012 when Sonia and I turned Octopus from a nights-and-weekends project into a business, we wanted to solve deployments for as many companies as we could, but our aspirations were modest and we didn’t have plans to grow particularly big,’ he said.

In the years the followed, Mr Stovell said they grew ‘astonishingly’ and ended up being ‘a lot bigger than we ever expected’. 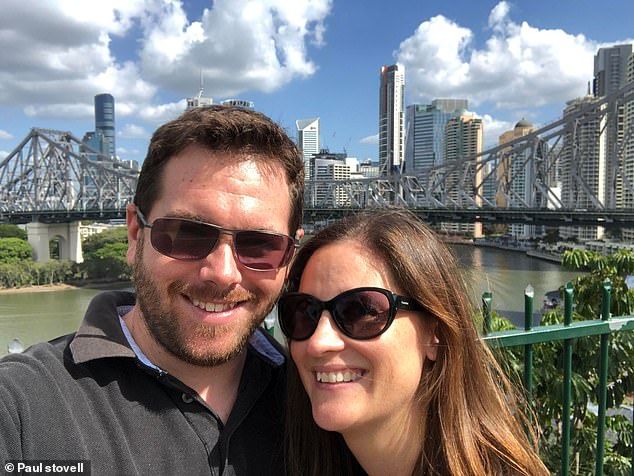 They have helped 25,000 companies to automate 180 million deployments and more than 350,000 people use Octopus Deploy.

Octopus Deploy employs 109 people across Australia, the US, and the UK.

Mr Stovell said they were approached by Insight Partners in October 2020 and after a lot of thinking the CEO realised the company’s ‘long-term plan would be more achievable with them than without them’.

Mr Stovell taught himself to code while in high school and moved to Sydney in 2004, where he got himself a job at a software company.

He was one of five children and described his hometown, Whyalla, ‘a bit of a depressing place’. 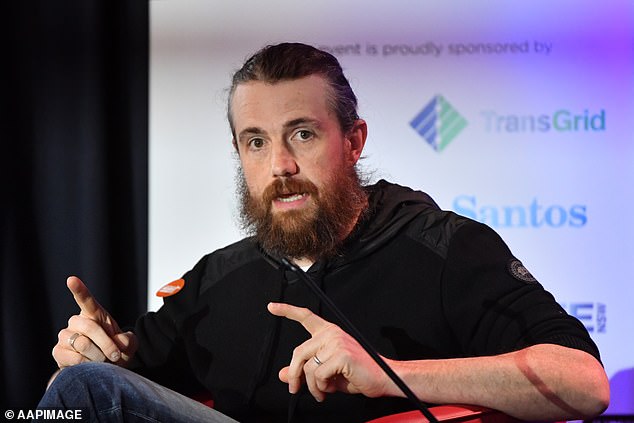 The Brisbane-based married couple are on track to become the next Atlassian. Pictured: Atlassian CEO Mike Cannon-Brookes

‘Growing up there, the aspiration of everyone is to work in the steel mill or a related industry and I think software was really attractive because the raw inputs for building it are just a computer, a lot of imagination and nothing else,’ he told Australian Financial Review.

He met Ms Stovell in 2010, when she was working in financial planning.

The couple have kept a close eye on the movements of Australia’s biggest tech success story, Atlassian, while running Octopus Deploy.

‘Not just because they are also an Australian company, but the models are really similar in terms of how the product has been adopted. We also had no sales team for a really long time,’ he explained.

‘Being bootstrapped, being profitable and reinvesting most of it back into the product to make it better, rather than having 100 account executives; I think there is a lot that has come from their model.’

Atlassian, founded by Mike Cannon-Brookes and Scott Farquhar. is valued at around $50billion after being launched in 2002. 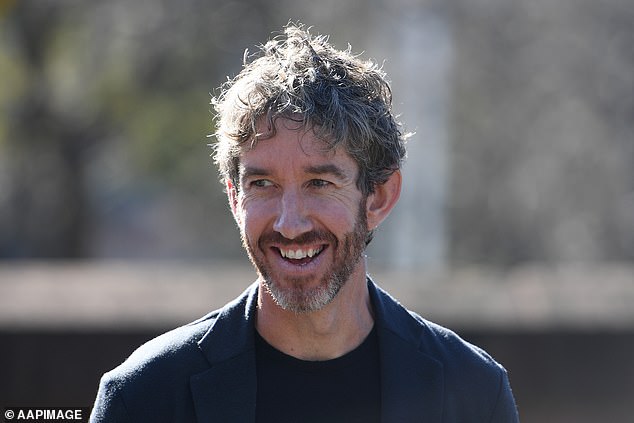