The family of a man that died from pancreatic cancer three years ago have been left devastated after finding his grave damaged by heartless vandals.

Mark Halter’s headstone in Bundaberg, north of Brisbane, was ripped out of the grave before being flipped over and put back in the concrete face down.

Angela Halter, Mr Halter’s sister, told Daily Mail Australia that her brother’s headstone had only been in place for six months when it was vandalised. 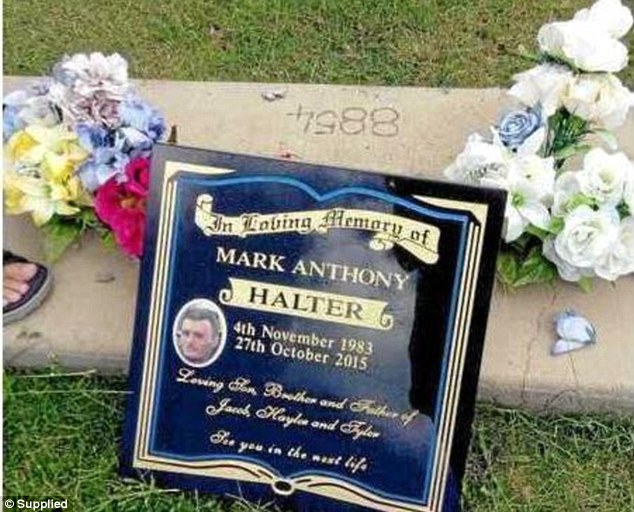 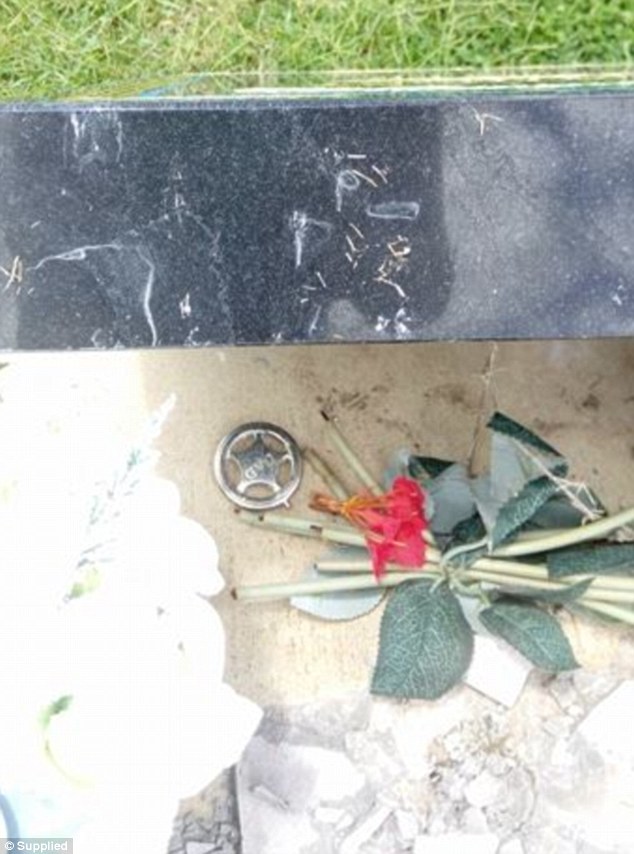 Mr Halter was diagnosed with the cancer and died within four weeks, just a week before his birthday.

The vandalism was discovered by a family friend at 9.30am Sunday and none of the graves around it had been touched.

Ms Halter hasn’t been to the grave since her brother died as it was just too hard for her but was forced to return after what happened.

The headstone had been ripped from concrete, with rubble around where the headstone was taken from.

Metal bars that were in the ground were bent due to wiggling it with force.

There are scratch marks on the top of the headstone from where it was put back in the ground upside down. 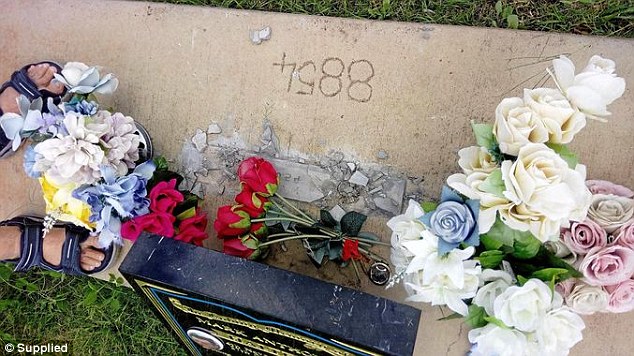 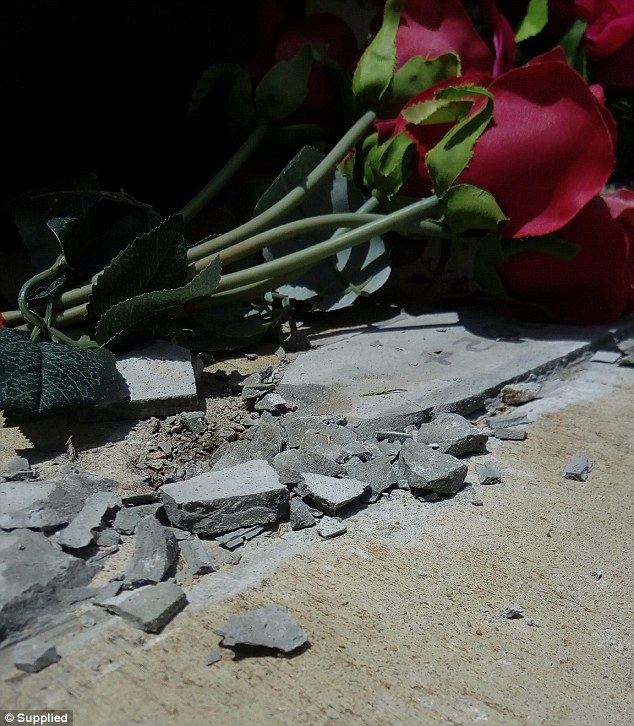 Ms Halter said there needs to be more surveillance in the cemetery as she was told there was only one security camera.

She told Daily Mail Australia: ‘There are cameras in shops and streets so I do believe it’s time more should be in place to protect the loved ones in the community that have been laid to rest.’

She said that some graves have been there for more than a century and don’t have someone to fight for them.

Ms Halter said: ‘With all the technology we have something can be done to prevent these malicious attacks. I do intend to speak to council and see how far I can go to make sure no one else has to go through this.’

Bundaberg Sergeant Mick Ward said to News Mail the police were investigating the complaint of wilful damage and that what happened would be ‘heart-wrenching for the family.’

Bundaberg Mayor Jack Dempsey said that the council would assist with the investigation in whatever way possible.