Brisbane father who ran over daughter was moving after fleeing Burma

A father who accidentally backed over and killed his two-year-old daughter says he has no words to heal the pain and suffering of his wife.

Jeremiah Batu, 32, had just finished unloading furniture into his newly rented Clayfield apartment, in Brisbane’s inner-north, on March 16, when he decided to reverse his leased blue Ford Ranger out of the garage.

The Burmese refugee’s little girl Elisha was ‘playing around’ inside the garage while his wife Wah-eh Htoo, 27, swept the floor.

But as he began to reverse down the driveway, he struck the toddler, who was later confirmed dead in hospital.

Jeremiah Batu (right), 32, had just picked the keys up to a rented apartment in Brisbane’s inner-north with wife Wah-eh Htoo (left), 27, when he reversed out of the driveway and killed his daughter Elisha on March 16 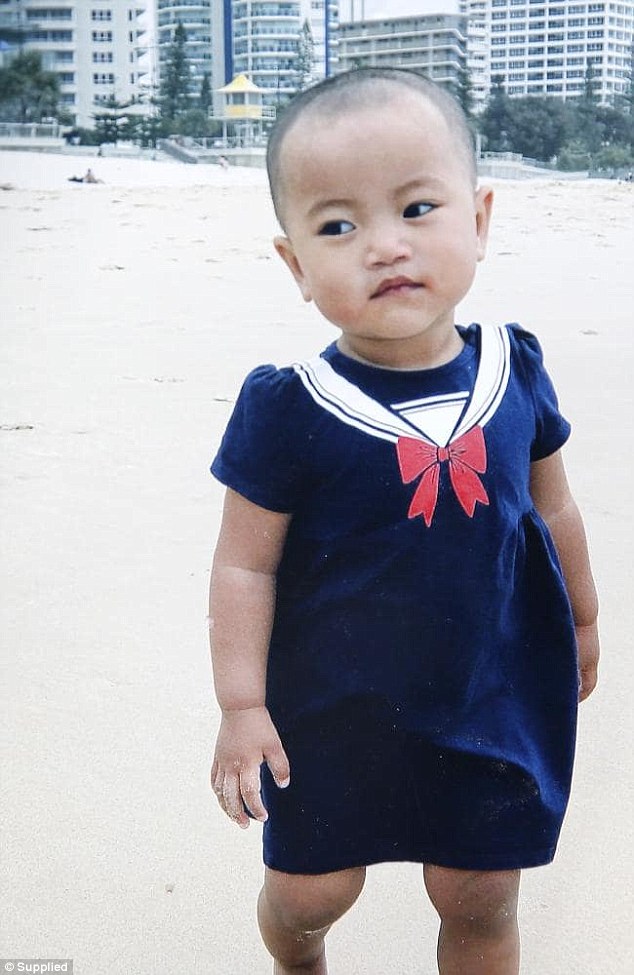 Now Mr Batu says there’s nothing he can say to ‘heal the heart’ of his grief-stricken wife, as the pair prepare to lay Elisha (pictured) to rest on Saturday

Now Mr Batu says there’s nothing he can say to ‘heal the heart’ of his grief-stricken wife, as the pair prepare to lay Elisha to rest on Saturday.

‘I cannot fix my daughter, and I cannot give my wife the words. Whatever I say is not enough for her,’ he told The Courier Mail.

Mr Batu said he grabbed his dying daughter out of his wife’s arms and began yelling at people on the street to call an ambulance.

Elisha was taken to hospital while Mr Batu was held at the scene with police officers – who are still investigating the death.

He was permitted to follow his wife and elder daughter Cynthia, five, to the hospital two hours later, but Elisha’s death had been confirmed.

Mr Batu described Elisha as an affectionate child who adored him before the horrific accident. 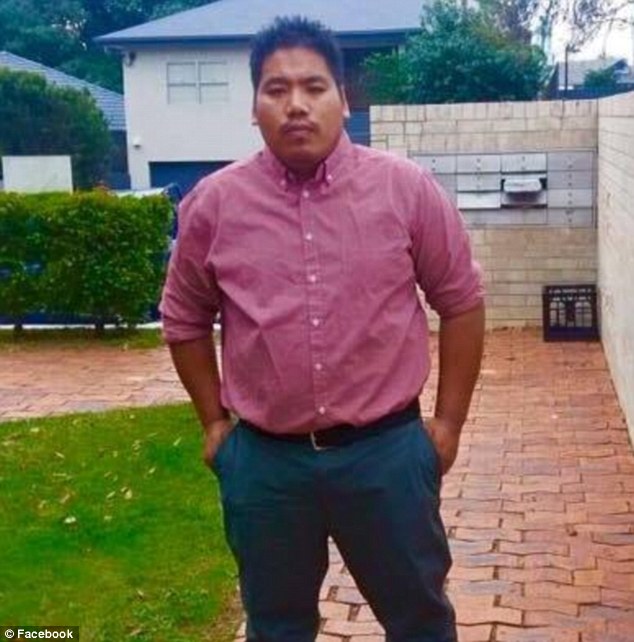 Mr Batu (pictured) had just finished unloading furniture into the Clayfield apartment when he decided to reverse his leased blue Ford Ranger out of the garage, before hitting Elisha

‘Elisha loved me so much, and because she always stays home with mum and I go to work, every time I come home she always gives me a kiss and a hug, more than her sister, Elisha gives more love,’ he said.

The death has led to an outpouring of community support, including a GoFundMe campaign which has raised more than $7,000 in less than a week for the heartbroken family.

Elisha’s Saturday funeral has been donated by White Lady Funerals, while an Easter hamper is on its way to Cynthia.

‘But I have to tell her: “No, she’s not going to come home anymore, she’s going to sleep with Jesus. One day, we will go with her and meet her again”,’ he said.