A dark secret which cuts to the core Australia’s brutal treatment of Aboriginal prisoners has been revealed after 85 years.

The mystery of what really happened to tribesman Yokununna – an Indigenous prisoner who was shot by white police officer Bill McKinnon near Uluru in 1934 – was finally uncovered after a garage search in suburban Brisbane turned up new evidence.

Historian and author Mark ­McKenna, 61, said his unnerving discovery may have significant implications for contemporary reconciliation and shed light on the realities of frontier injustice.

The award-winning writer travelled to Uluru with plans to conjure up a book about the rock and how it became the spiritual centre of the country.

But the focus of his work started to shift when he heard the story of a long forgotten murder mystery which took place just to the south of Uluru at the Mutitjulu waterhole.

A dark secret which cuts to the core Australia’s brutal treatment of Aboriginal prisoners has been revealed after 85 years. Pictured: Uluru

The official story was that hardened law man McKinnon, aged 30 at the time, shot Yokununna in self-defence.

He came to the red centre after being dismissed as a warrant officer in Rabaul in Papua New Guinea for insolence.

Before that the ‘brash and tough, no-nonsense raconteur with a sharp tongue’ made a crust as a prison warder in Brisbane, and previously worked in the NSW Mounted Police.

Conditions in Central Australia at that time were unspeakably cruel.

‘He entered a ­brutalised world, similar to the one he had known in Rabaul. It was an us or them mentality. Whipping, spearing, poisoning, rape, shootings and long marches of Aboriginal prisoners handcuffed or chained by the neck quickly became a part of his everyday existence,’ McKenna told the Weekend Australian.

McKinnon was tasked with hunting down six killers after Aboriginal station hand Kai-Umen was murdered at the Angas Downs Station, 130km east of Uluru – known then as Ayers Rock. 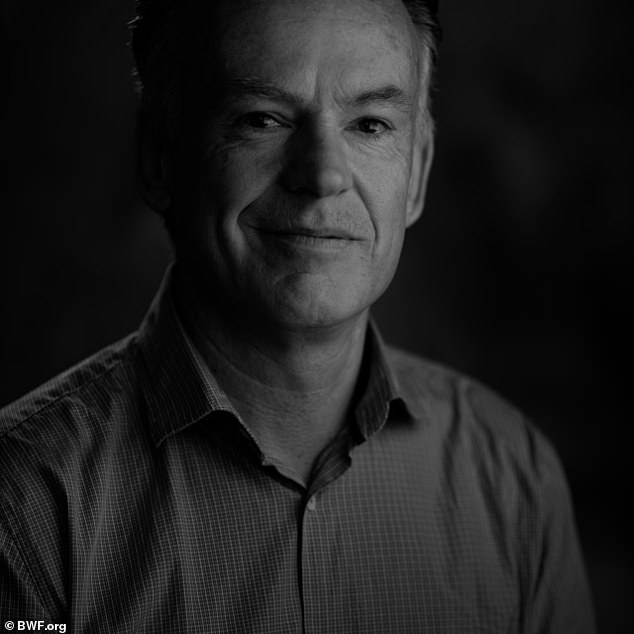 Historian and author Mark ­McKenna, 61, (pictured) said his unnerving discovery may have significant implications for contemporary reconciliation and shed light on the realities of frontier injustice. 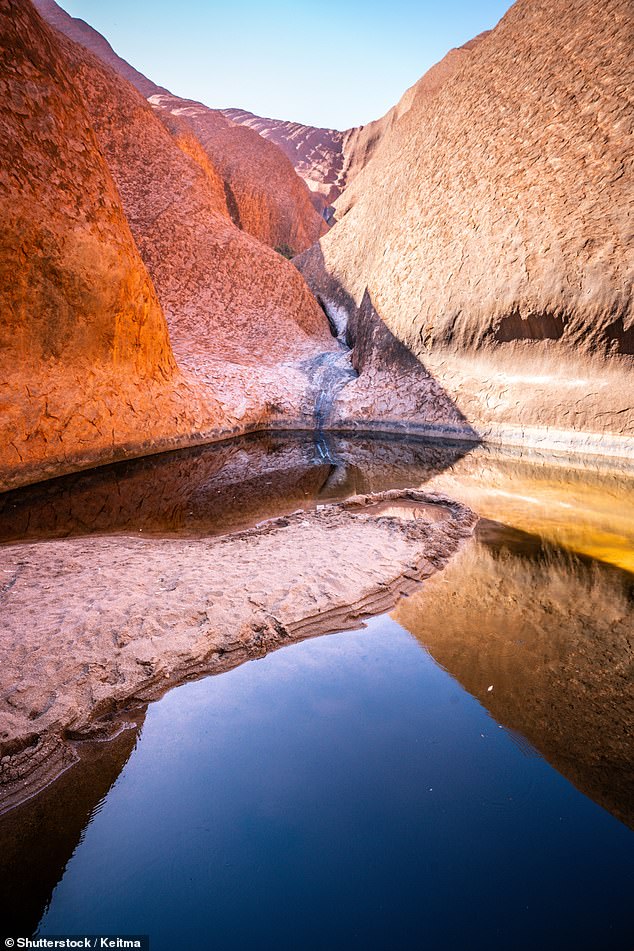 Yokununna was one of the men on the run accused of killing his fellow Pitjantjatjara man for ­’infringing tribal law’.

McKinnon – travelling with two Aboriginal trackers – eventually found Yokununna in a cave at the Mutitjulu waterhole.

He wrote in a log book that after being hit in the hand with a rock, he fired a warning shot and then pointed the pistol in Yokununna’s direction ‘without taking aim’ and pulled the trigger.

Two other fugitives were at the scene that day and spoke of how McKinnon kicked, punched and whipped them with camel irons until they bled while they were in chains.

The Department of the Interior in Canberra launched an investigation into the case and the Board of Inquiry ruled the shooting was ‘legally justified, but not warranted’.

McKinnon moved on with his life, staying in the Northern Territory for another 25 year, – taking the ruling to mean he was exonerated of any wrongdoing.

In 1959, he was awarded a medal for long service and good conduct by the police force and later went on to have a child named Susan.

McKenna. by chance, ended up tracking her down under her married name, Golledge, and met her in a suburban home in Brisbane. 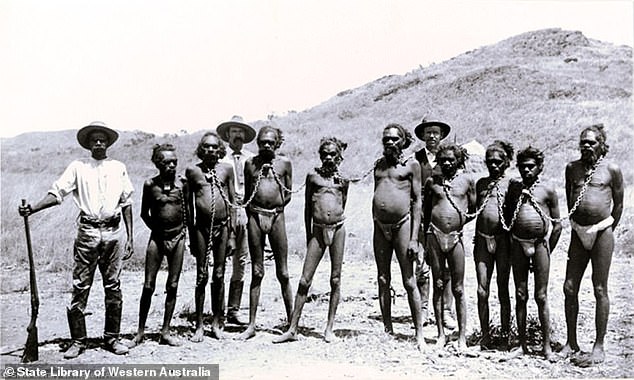 Shackled by the NECK, chained together and guarded by white men holding rifles: Shocking photographs show the horrific treatment of Aboriginal Australians by early European settlers

Now in her 80s, she told McKenna he could take a look at a few boxes her father’s things he had left her before when he died.

Rummaging through a trunk in the garage he found McKinnon’s original police logbooks from the 1930s – with accounts that differ from his official story.

‘I realised then that McKinnon had used this journal as the basis of a second, handwritten account in another logbook, before typing up a third and final version for his superiors and the Board of Inquiry. Unlike the last two accounts, McKinnon’s record of the shooting in his first log differed in one crucial respect,’ McKenna said.

McKinnon claimed he had fired the second shot ‘without ­taking aim’ but in the account McKenna held in his hands, McKinnon wrote he ‘fired to hit’.

‘Fired to hit. It was an arrow in the heart. It was phenomenal. And I couldn’t believe those words… it was staggering to find that,’ he said.

Yokununna’s skull was held at the University of Adelaide from 1935 to 2017, before it was taken to the South Australian Museum.

Plans are now underway to repatriate his remains back to Alice Springs.

He said the best thing we can do is come together and move forward.

McKenna’s new book Return to Uluru, will be out on Monday. 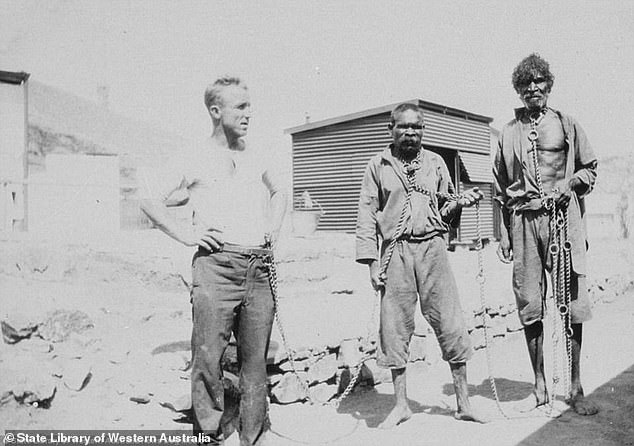 Conditions in Central Australia at that time were unspeakably cruel. Pictured a prisoner is guarded by a white man