From humble retail worker to a $211,000 salary as a new member of federal parliament – incoming MP reveals why he is STILL working at his sales job

A retail worker will see his salary quadruple to an ‘insane’ six figures after becoming the newest member of federal parliament.

Incoming Greens MP Stephen Bates still has another three shifts to work in his retail sales job to pay the rent as he prepares for his new role as the member for Brisbane.

He has finally handed in his resignation after the Greens finally declared victory in the tightly-contested seat on Saturday, a week after the election.

Mr Bates, 29, will work his last retail shift next Saturday and is still coming to terms with his new role as one of the youngest members of parliament.

He described his new pay packet, the federal MP base salary which is just over $211,000 as insane, which is more than four times than what his retail job pays.

‘I, personally, think politicians get paid way too much money,’ he said.

‘That’s an indictment of our system that we create this political class that can be so out of touch with what the rest of the country experiences.’

Mr Bates also revealed he’s only ever been to his new workplace Parliament House once in his life when he was in Canberra for a job interview five years ago.

Prime Minister Anthony Albanese’s hopes for a final 76th spot to form a majority Labor government has come down to three seats after Mr Bates became the fourth Greens MP to be elected. 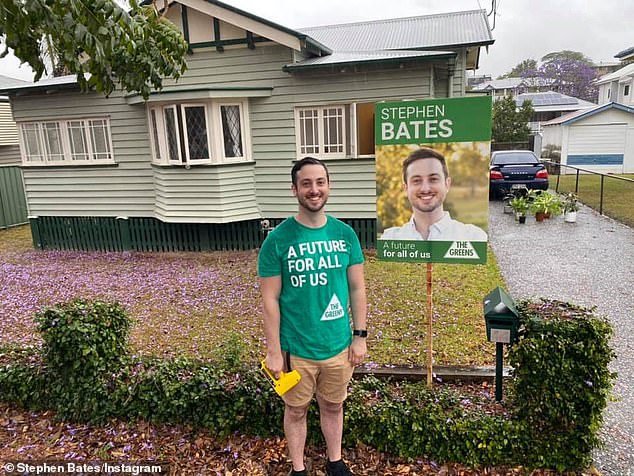 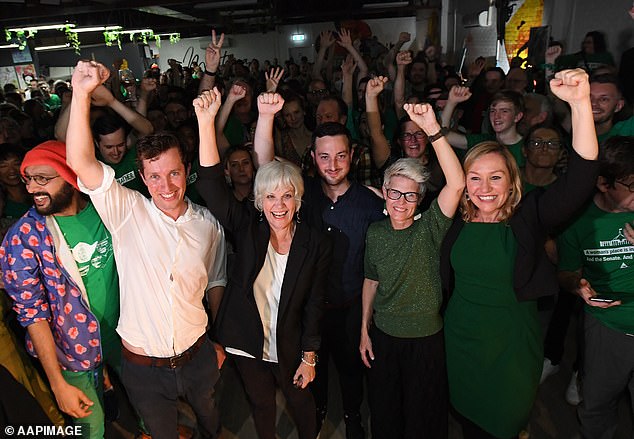 The Greens are also on track to pick up a record 13th spot in the Senate.

Mr Bates has spent the 12 months campaigning and was working in retail full-time up until March.

‘To the people of Brisbane who have placed their trust in me, I will not let you down,’ Mr Bates wrote.

‘This is the most humbling experience of my life and I am so privileged to be able to advocate for legislative solutions to the struggles our community faces.

‘Be it homelessness, childcare costs, rental affordability, climate change, bad developments, or unsustainable flight noise from Brisbane Airport, I am very eager to get to work.’ 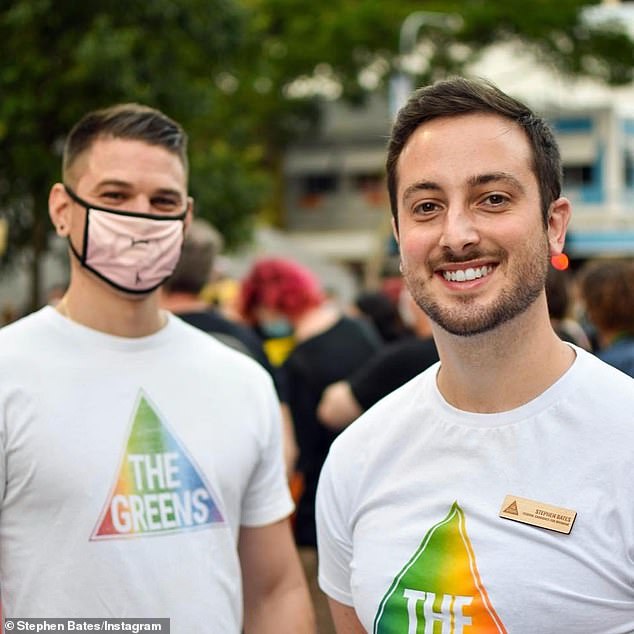