A father accused of leaving his seven-week-old baby fighting for life with ‘significant injuries’ claims the incident was an ‘unfortunate accident’ .

The 26-year-old man appeared in the Brisbane Magistrates Court on Saturday charged with grievous bodily harm after the child was rushed to hospital on August 10.

The man, who can’t be identified, told staff at Sunshine Coast University Hospital his baby was swaddled when the blanket unfolded and the child fell out of his arms, the Sunshine Coast Daily reported.

Police allege doctors found the child had older injuries around his rib cage.

After the calcified rib fractures were discovered on the child hospital staff contacted police.

Police allege the baby was shaken by the father when the two were alone together.

The baby has since been moved to the Queensland Children’s Hospital and is in a critical condition.

The boy is unlikely to survive if life support is switched off, the court heard. 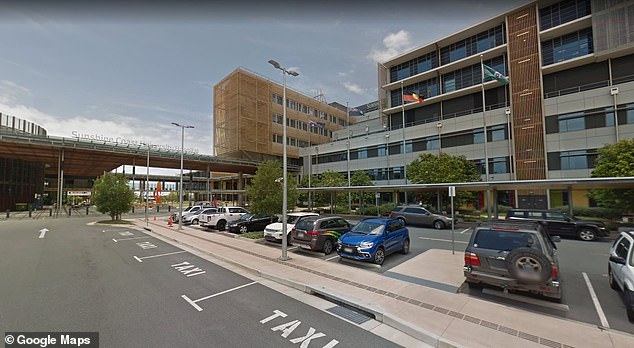 The father is said to be a suicide risk after he told hospital nurses that he will take his own life if the baby dies, according to police.

The court heard the man’s wife had distanced herself from him following the charges.

Only last year she posted ‘I know I am blessed with a wonderful husband,’ on social media and described the man as a ‘caring, under standing man’.

The father’s bail was denied and he will return to court on September 16.