He’s the sensationally talented drummer currently touring with one of trending music’s most popular DJ duos.

And as he sees the world from atop of a stage with The Chainsmokers, Matt McGuire, 24, said the ‘incredible’ opportunity is worth having to sacrifice his ‘entire life’ at a young age.

‘I definitely gave up my entire life to be very heavily involved in the music industry at a young age though I wouldn’t regret it or trade this lifestyle for anything. I dedicate almost all my time to what I do and my career,’ he told Daily Mail Australia.

Talented: Matt Mcguire (pictured) is currently touring as the Drummer and Touring Musical Director for The Chainsmokers 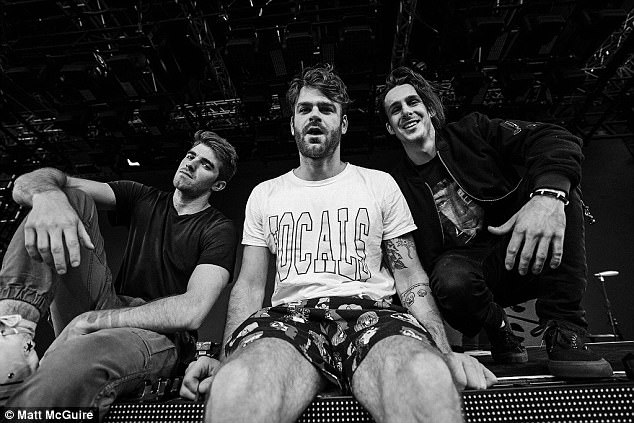 Inspired: He says the opportunity to work alongside Drew Taggart (left) and Alex Pall (centre) is incredible

Raving about the Chainsmokers’ band members Andrew ‘Drew Taggart and Alexander ‘Alex’ Pall, Matt said he looked up to their work ethic.

‘Drew & Alex are some of the hardest working people in the industry hands down. I work with them every day and they do not stop,’ he said.

‘They’re very talented musicians & producers though very clever business men. Both have inspired me in different ways as well since working with them,’ Matt added. 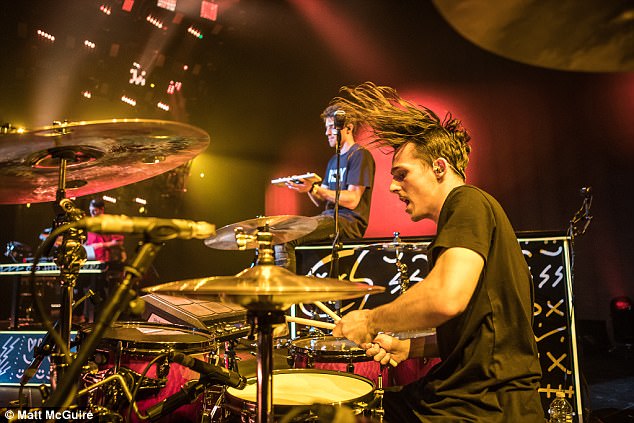 Committed: ‘I dedicate almost all my time to what I do and my career,’ he told Daily Mail Australia

The Los Angeles-based creative revealed it took 17 years of consistently mastering his skill to get where he stands today.

As a result of his determination and commitment to his craft, by the time he was 23 he could admit to achieving even his most outlandish goals.

But despite reaching most far-fetched dreams so young Matt has an undying passion to be enhance his talent further.

‘I’ve always had plans on plans and made sure that if I was ever feeling as if something could be better I’d find a way to work harder.

‘Success to me is simply being able to play the drums everyday for amazing people – the rest is all secondary.’

His fascination with the drums began at only six years old when his parents bought him a drum kit as a surprise.

‘Funnily enough I walked straight past it and was hesitant to play which is so weird when I think about it. 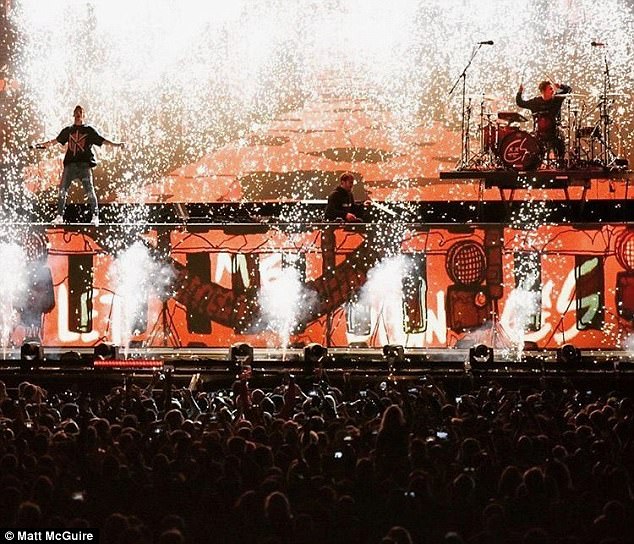 Talented: Matt is able to showcase his incredible skill set each performance to thousands of people 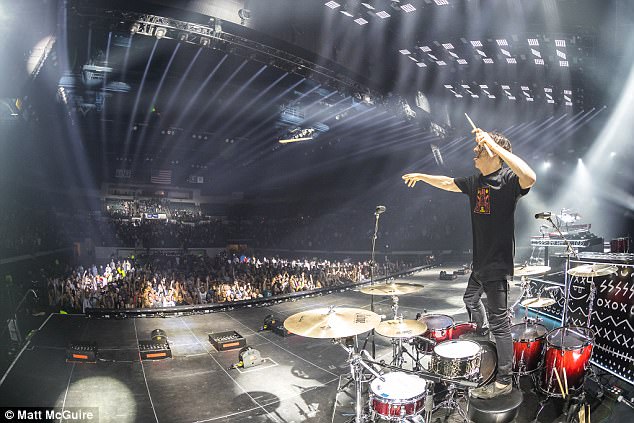 Goal-getter: The Los Angeles-based creative the drumming sensation revealed it took 17 years of hard work to get to where he stands today

‘After an hour or so staring at it I jumped on and started banging away. Here I am 18 years later. F**k I couldn’t imagine life I never had started playing that day.’

Despite not studying music externally Matt actively widenened his understanding within the music program at school and played with bands growing up.

‘I’m pretty sure most of my schooling from the early years was all based around my love for music which I’m so thankful for. It was really the only thing that I actually cared about and applied myself in.’

Today his passion is ticked by the power of being able to interact with an audience on stage while fulfilling an opportunity to do what he loves. 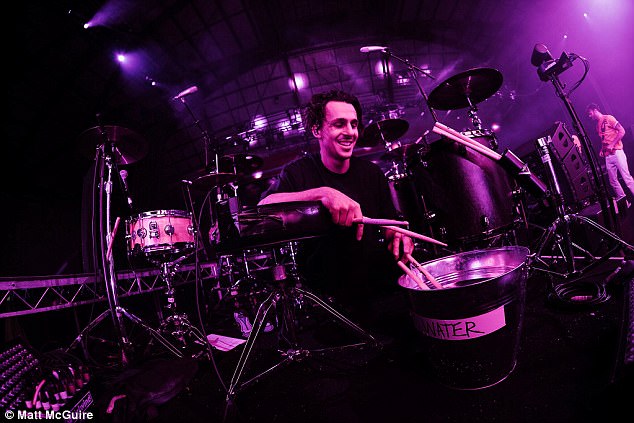 Early starter: Matt’s fascination with the drums began at only six years old when his parents bought him a drum kit as a surprise

‘I love how powerful drums are and they’re ability to connect with an audience in so many ways.

‘You can play such a simple beat and people will be throwing down having fun which is what I love. Drums to me are a universal language.

‘There is nothing better than sound checking in a massive arena and listening to how f**king loud the drums are shaking the venue. I’ll never get tired of that.’

Matt says he never doubted his ability or questioned if pursuing his craft was going to work out, yet alone be successful.

He feels lucky to have achieved the goals he had set out for himself all before his 25th birthday. 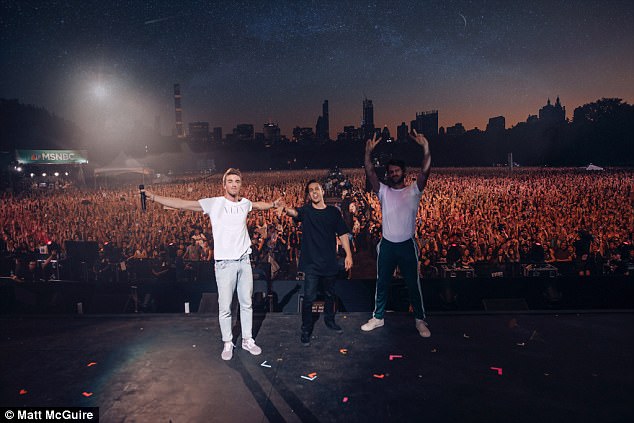 Driven: His passion is ticked by the power of being able to interact with an audience on stage while fulfilling an opportunity to do what he loves 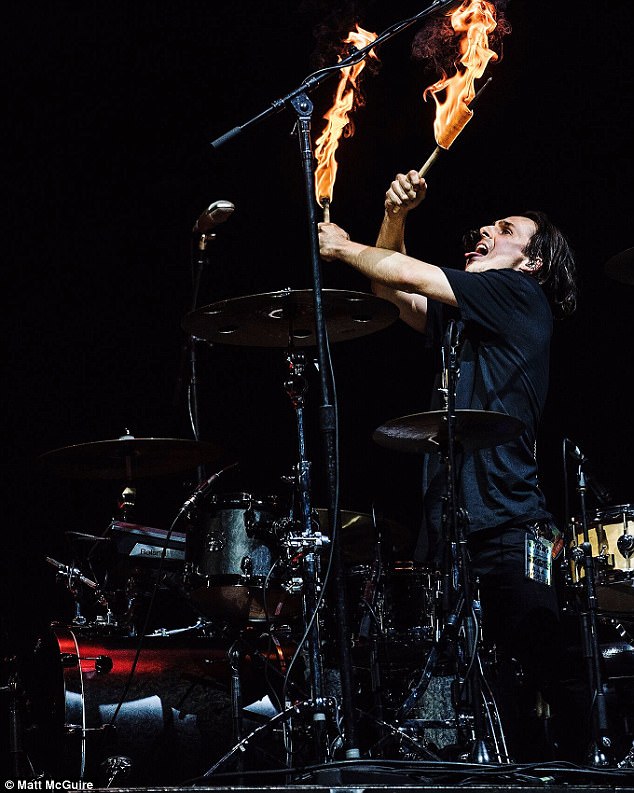 Focused: He said he didn’t question his ability or question if pursuing his craft was going to work out

‘I just like to stay super focused and push myself everyday. I don’t have a strict pattern or method that I follow for motivation, you either want to do it 100 per cent or you don’t.

‘If you set goals and put your mind 100 per cent to something you will naturally motivate yourself to achieve.’

He says playing the drums isn’t really a job or even a career, it’s just who he is.

The rising superstar, who has already been profiled by Billboard magazine a number of times, urges others to do what it takes to make goals achievable.

‘Don’t give up, write down every idea you have, don’t be afraid, take crazy risks and don’t let people manipulate you.

‘Most importantly have fun while you build your dreams turning them into reality.’ 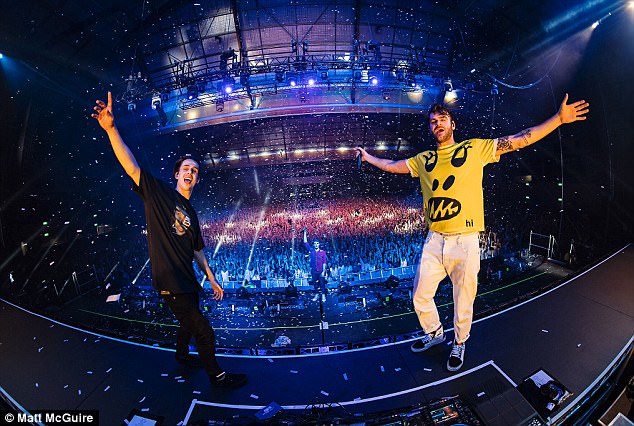 Anything is possible: The rising superstar says others should go for their dreams despite hardships